On November 18 Prime Minister Shinzo Abe of Japan made two widely expected, yet still bold, decisions. He announced that his government will postpone a planned increase in the consumption tax from 8 percent to 10 percent originally scheduled for next October and also dissolve the Lower House of the Diet on November 21 for an early election.

An initial sales tax increase from 5 to 8 percent back in April had put a “heavy burden” on consumer spending, Abe said at a press conference on November 18, and “the implementation of the second increase next year as planned would further dent consumer spending and risk the economy falling back into deflation.” The snap election scheduled for December 14 is essentially a referendum on Abe’s economic policies, dubbed “Abenomics,” designed to forge a path toward sustainable growth.

Q1: Why hold the election now?

A1: Preliminary quarterly economic data released November 17 showed that Japan’s economy contracted at an annualized rate of 1.6 percent in the period July-September, following a 7.3 percent drop the previous quarter. Some analysts called the newly released data “shocking,” and news of the world’s third largest economy sliding back into recession has intensified the debate over Abenomics two years after Abe returned power with a vow to revive the economy. While delaying a tax hike due to the weak economy is understandable, Abe’s rationale for calling for a snap election is not straightforward.

In 2012, under the previous government led by Yoshihiko Noda of the Democratic Party of Japan (DPJ), the DPJ and two other opposition parties, the Liberal Democratic Party (LDP) and the New Komei Party, agreed to cooperate on legislation related to social security and tax reform on what was called the Three Party Agreement. The Diet then passed the Act of Comprehensive Reform of Social Security and Tax in August 2012 which included a two-stage consumption tax increase, first from 5 percent to 8 percent in April 2014, followed by the second increase to 10 percent in October 2015. One of the provisions of the resulting legislation, Article 18, allows the government to suspend the tax increase if the status of the economy is deemed unfit. Abe’s decision to postpone the second stage of the tax increase is based on this provision.

There are several reasons why Abe called for a fresh election now. The first is to renew the mandate the voters granted his party in the Lower House election in December 2012. The mandate was to revive the economy and restore the health of the government balance sheet by implementing certain measures including the sales tax increase.

Many analysts point out that Abe’s decision on the snap election, two years earlier than required, is based on a calculation that in the face of economic headwinds, the longer his party waits for an election, the smaller the chance it has of securing a Lower House majority in the future that would allow more time to implement his growth strategy. If Abe’s election gamble succeeds, the next Lower House election need not take place until December 2018. Second, there are many critical policy decisions the government will have to make next year, including a restart of nuclear power plants and details of a new policy to exercise collective self-defense, neither of which has wide public support. Third, there are two elections lined up for the coming years: unified local elections in spring 2015 and the Upper House elections in July 2016. The New Komei Party, the LDP’s coalition partner, whose campaign style is heavily dependent on grassroots operations, needs some time to mobilize between the campaigns.  Abe saw this winter as an opportunity to hold a Lower House election that puts minimum burden on the New Komei Party supporters. Further, opposition parties are in disarray and unprepared for the election, but have begun to consolidate their candidate lists and campaign platforms based solely on criticism of Abe’s economic policies.

Q2: What are the implications for Abenomics?

A2: The three arrows of Abenomics – aggressive monetary easing, fiscal stimulus, and structural reform – have always faced an uphill battle against demographic decline and entrenched deflationary expectations. The release of third quarter growth data indicating that Japan’s economy has, by the most common definition, entered recession for the third time in four years, will inject new doubts about the ability of the program to make progress against these headwinds. The data also reveals that Japanese consumers are hurting; real wages had fallen nearly 3 percent year-on-year as of September, due in part to the effects of the initial consumption tax hike in April. Even if Prime Minister Abe succeeds in winning a substantial new mandate for reform in the upcoming election, he could face two new hurdles in implementing Abenomics. The first is the potential for a narrower coalition majority in the Lower House, which could complicate the politics of reform within the Diet. The second is greater economic uncertainty translating into heightened popular skepticism towards the (likely painful) structural reform measures essential to boosting Japan’s long-term growth potential.

This is not a foregone conclusion, and there is a potential upside to this latest round of disappointing data. In his speech declaring the snap election, Prime Minister Abe not only announced the postponement of the second consumption tax hike to April 2017, but promised to use the intervening 18 months to “implement a growth strategy strong enough to withstand the next hike”. If Abe campaigns – and wins – on a structural reform agenda, he will have acquired a new mandate for aggressive implementation of his growth strategy. By seizing on this opportunity to generate new momentum through bold reforms and the installation of reform-minded allies in key Cabinet positions, Abe could well strengthen his hand moving forward. Key areas for reform include corporate taxes, agriculture, social security, and, in particular, labor markets. Successful conclusion of the Trans-Pacific Partnership (TPP) negotiations could also provide an important boost to both the impact and credibility of his reform package.

Q3: Is Abe likely to succeed?

A3: The LDP is expected to lose some of the seats gained in the previous election in December 2012 but the ruling coalition will most likely keep its majority in the chamber. Currently, of the 480 seats in the Lower House, the LDP and the New Komei Party hold 294 and 31 seats, respectively.

When the new Diet session begins in January 2015, the government plans to submit new legislation that stipulates the postponement of the sales tax increase to 10 percent until April 2017.  In order to signal a determination to implement the tax increase, the Abe administration may consider removing the provision in the original tax reform bill that gives consideration to the status of the economy. The fundamental challenge for Abenomics is to balance economic growth and stimulus with measures to reduce the budget deficit.

A4: The snap election could further extend the timeline for two important initiatives in U.S.-Japan relations: bilateral trade negotiations linked to TPP and Japan’s legislative debate on collective self-defense with implications for bilateral defense cooperation. Abe has focused intently on strengthening the U.S.-Japan alliance in these two key areas and it will be important to regain momentum once this election season passes. If Abe prevails in the election, he would have a stronger mandate for issues like collective self-defense and TPP. 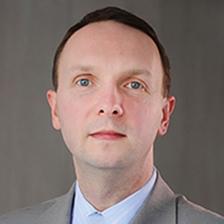 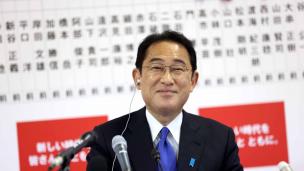 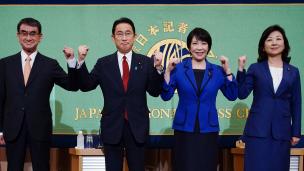 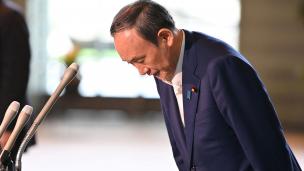