Afghanistan: The Prospects for a Real Peace


The Burke Chair at CSIS has completed a new e-book length analysis entitled Afghanistan: The Prospects for a Real Peace, which provides a comprehensive analysis of the current course of the fighting; the role U.S. forces play in Afghanistan’s security; and how developments in Afghan politics, governance, military forces, and economics affect the prospects for a real peace. This analysis is available on the CSIS website here.

Estimating the Prospects for a Real and Lasting Peace

The analysis provides a detailed historical and quantitative examination of the course of the fighting, the divisions within Afghan politics, the critical problems in Afghan governance, and the economic issues that  make Afghanistan  the equivalent of a “failed state.”

It challenges the value of the current peace agreements and their ability to accomplish a meaningful peace within the time limits set by recent negotiations. The analysis shows that the Taliban is not clearly committed to searching for a real peace – as distinguished from trying to use the peace process to achieve its own ends.  At the same time, the analysis provides a grim picture of an Afghan central government whose failures at every level of governance may well make a successful peace impossible.

The analysis goes beyond the peace process per se to highlight the real-world structural problems and challenges that now shape Afghanistan’s future. It makes comparative analyses of the trends in the fighting before and after the peace process, as well as of the political issues within both the central government and the Taliban that will affect the prospect for peace.

It examines how factors like the limits of U.S. efforts to develop Afghan forces, the Afghan central government’s indefinite dependence on outside military and civil aid, the central government’s extraordinary levels of corruption, and Afghanistan’s failures in economic policy complicate any effort to reach a stable and secure peace. The e-book ties these analyses to the results of recent public opinion polls, the uncertain compromises between the Ghani and Abdullah Abdullah faction in Afghanistan, and the evolving threats posed by the Taliban, al Qaeda, and ISIS-K.

The analysis of the fighting highlights the importance of reporting by SIGAR on the steady classification of any data that show negative trends and on the exaggeration of the impact of past and current aid efforts. It warns that efforts to “spin” the situation in Afghanistan and to avoid key problems in reaching a real and lasting peace bear a grim resemblance to similar efforts in describing the peace efforts in Vietnam – which could easily lead Afghanistan to the same result.

More broadly, the results of the in-depth analysis of Afghanistan’s lack of effective governance, of the mixed success of efforts to develop Afghan National Defense and Security Forces (ANDSF),  of the decline of the economy relative to popular needs and its failure to create job opportunities raise major issues about the credibility of the current peace efforts – but also the prospects for success in any effort to maintain U.S. and allied support for the Afghan government.

Finally, the conclusion addresses the critical question of strategic triage. If the barriers to peace are as great as the analysis indicates, should the U.S. withdraw even if a real peace proves impossible?

The Structure of the Analysis

The analysis begins by examining the challenges the United States faces in leaving Afghanistan and the new pressures the Coronavirus crisis has put on U.S. spending – crises that could affect both the peace process and U.S. willingness to remain in Afghanistan if the peace process falters or fails. It describes both the cuts the United States is already making in Afghan forces and the impact of phasing out all U.S. forces in time to meet the 14-month deadline set in the peace agreements.

The analysis then addresses the risk of the current peace effort devolving into an extension of war by other means, the challenges posed by Afghanistan’s internal weaknesses, and the efforts to create effective Afghan security forces that can stand on their own. It shows that both the Afghan central government and the Taliban pose serious problems. This is made clear in the next three sections of the analysis, which address the critical problems in Afghan governance, in the development of Afghan national security forces, and in the Afghan economy – summarizing the key quantitative data in each area.

Finally, the assessment concludes with a brief analysis of whether the United States should withdraw from Afghanistan if the Afghan central government continues to be a failed state or if the current peace agreement breaks down because of its failures.

As has been touched upon earlier, the analysis makes extensive use of official and non-governmental reporting. It provides a wide range of  maps, statistics, and trend analyses. It uses quantitative data to address both the prospects for a real peace as well as the ability to create a stable and secure Afghanistan.

It draws on a wide range of reporting, including U.S. government, NATO, World Bank, CIA, UN, and IMF sources to address the data now available in order to show the probability that the current peace agreement can bring a real peace, lasting security, and enduring stability. It presents a wide range of analysis, data, and graphics to address the key problems in creating a lasting peace and the many factors that can “implode” the current peace process.

It also focuses on recent reports to the U.S. Congress by three sources that have exceptional access to U.S. military data and intelligence – the Special Inspector General for Afghan Reconstruction (SIGAR), the Lead Inspector General for Operation Freedom Sentinel (LIG), and the semi-annual report (1225 Report) of the Department of Defense (DoD). These reports are based on extensive access to Afghan, NATO, and U.S. senior officers and officials, and the analysis quotes them in depth.

The report’s Table of Contents follows. It should be noted that the pace of change in all of these areas covered in this analysis is so rapid that it has become a working document that is steadily updated over time. Outside comments and suggestions are welcome and should be sent to Anthony H. Cordesman at acordesman@gmail.com.

The analysis has the following Table of Contents:

This e-book entitled, Afghanistan: The Prospects for a Real Peace, is available for download here. 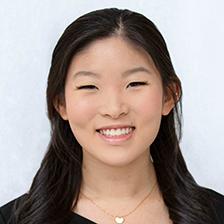