Zimbabwe has entered a political and economic crisis that could worsen precipitously and destabilize the surrounding region. Pressures for democratic change and economic reform are steep—indeed growing—as Zimbabwe heads, with considerable uncertainty, toward national elections in the first quarter of 2002. Yet the government of President Robert Mugabe and his cronies within the Zimbabwe African National Union-Patriotic Front (ZANU-PF) party resist genuine reform, determined instead to use violent coercion to hold onto power and privilege.

The global race for a coronavirus vaccine could lead to this generation’s Sputnik moment
Washington Post | Carolyn Y. Johnson and Eva Dou
June 3, 2020
On Demand Event 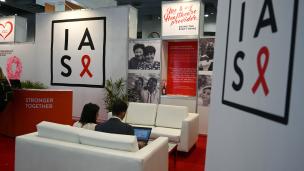 A Conversation with Senator Chris Van Hollen (D-MD)
May 28, 2020
View all content by this expert