The transformative power of artificial intelligence (AI) dominates headlines. AI applications will fundamentally change how we live. Nations and companies are pouring money into the many areas AI will affect. While the private sector is the primary driver of AI innovation, government decisions can greatly influence the landscape. Much of the discussion of AI competition has focused on investment and research, but as the technology moves into deployment, particularly in autonomous vehicles (AVs), the regulatory environment can be a source of advantage.

Nations around the world are developing AI policies and strategies to achieve first-mover advantages. While total global investment in AI amounts to perhaps $70 billion, governments have been identifying ways to support their private sector and gain primacy in the AV industry.  China and the United States are the leaders in this. In the United States, the FY 2021 federal budget request for nondefense AI research and development (R&D) was $1.5 billion. In China, the Chinese director-general of the Resource Allocation and Management Department of the Ministry of Science and Technology said in April 2020 that Beijing would allocate 12 billion yuan ($1.84 billion) to nearly 40 significant projects on new-generation AI innovation. Furthermore, according to a draft outline of the 14th Five-Year Plan (2021–2025), China intends to strengthen innovation and investment, and “next generation” AI is one of the focus areas. And while claims that China is outspending the United States might be overblown, there is little doubt that this is a competition.

In China, “Made in China 2025” highlighted the importance of information technologies. But it was not until 2017 that China unveiled the first AI-specific development strategy—the Next Generation for Artificial Intelligence Plan. The plan acknowledged the gap between China and other countries and set up a timeline for strengthening China’s AI capabilities: the plan called for China’s AI capacity and deployment to reach the same level as in more developed countries. China treats AI as a pillar for income growth. By 2025, it expects a “breakthrough” in AI foundational theories that will allow a smooth transition to a tech-driven economy. By 2030, it plans to be the leader in AI and is rapidly building a world-leading AI research capacity.

The United States also sees AI as a crucial emerging technology. It first began to develop an AI strategy in 2016 when the National Science and Technology Council (NSTC) published three reports on the future of AI, AI R&D, and its impact on the economy. These reports set the stage for federal action on AI. The focus of federal efforts has been on long-term investment in R&D, ways to build a leading workforce, the need for technical standards for testing, and the need to build public confidence and trust in AI.

Companies on the cutting-edge of this technology are vying to develop and deploy vehicles that achieve Level 4 (high) or Level 5 (full) autonomy, as defined by the Society for Automotive Engineering (SAE). Vehicles with Level 4 automation can automate driving tasks within a specific and well-prescribed geographic region. Examples may include automated shuttles operating on an industrial campus or ridesharing services limited to certain areas of a city. Level 5 automation would allow vehicles to operate in any environment without requiring human intervention. In many cases, the work of developing AVs is carried out by leading automotive companies that have substantial in-house AI expertise. Other automobile companies have decided to partner with tech firms that specialize in AI development. Additionally, some tech firms are exploring whether to produce AVs themselves without partnering with vehicle manufacturers.

But developing AI innovation is not only a matter of government investment. It is also about creating a regulatory landscape that supports the process of turning new AI innovations into products and services that can have an impact in the real world. A significant part of the AV development process is tied to testing. While testing prototype vehicles in controlled, closed-circuit settings is a necessary first step, companies eventually need to put the cars on the road and gather data on how the vehicles perform when facing different road and driving conditions, climates, and traffic challenges. One report estimates that 136 cities around the world were developing policies for AVs by 2019. There is significant appetite in cities both in the United States and China to attract AV companies. How many testing initiatives are being undertaken is unclear, but the U.S. Department of Transportation’s AV TEST Initiative shows testing in at least 22 states. The Californian DMV has already granted seven companies permits to carry out driverless testing; three of those are Chinese companies. Details about testing in China are not widely available, but at least 21 cities have released relevant regulations.

Having an established innovation ecosystem is important; out of 10 companies involved in AVs that the authors reviewed, four are headquartered in the United States and two are in China. And most spending comes from only a handful of firms, with U.S. companies leading. A recognition that a “whole of government” approach is needed for AVs is made evident by the early 2020s National Science & Technology Council and U.S. Department of Transportation report Ensuring American Leadership in Automated Vehicle Technologies, which identifies the efforts needed for manufacturing, spectrum, STEM education, workforce, supply chain integration, quantum computing, and a more holistic strategy for AI. President Biden’s recently announced infrastructure plan would invest $174 billion in the electric vehicle market, which could present benefits for AV deployment as well.

Interest by state governments in the United States in the development of AVs can be traced back to 2012, when Washington, D.C., and Nevada passed the first legislation on testing and deployment. State governments have increasingly shown interest in regulating how companies can test and deploy their vehicles. Measures vary from requiring AV companies to comply with existing federal and state law to implementing more stringent registration processes for vehicles, applying heightened safety standards to AVs, or requiring insurance policies ranging from 1 to 5 million dollars per vehicle prior to testing. Several states have established commissions or committees to explore the regulatory and technical challenges for the deployment of AVs.

Partnerships with companies and universities, along with tax incentives, are some of the ways in which some states are trying to capture commercial interest in establishing testing and deployment within their jurisdictions. The DriveOhio Initiative, for example, presents the state as a tempting destination for the development, testing, deployment, and commercialization of smart mobility projects by promising specific resources for AV firms, investment in transportation infrastructure, and a friendly regulatory environment. Virginia took a different approach, hoping that an absence of direct regulation of AVs would encourage companies to test there. By setting up the Virginia Automated Corridors, the state markets itself as “providing a system migration path from test-track to real-world operating environments.”

In China, the Ministry of Transport, Ministry of Industry and Information Technology, and Ministry of Public Security published the Administrative Rules of Road Testing of Intelligent Connected Vehicles—rules that were influenced by Google’s testing model. Cities and provinces have followed suit and passed local legislation to promote the development and testing of AVs in their jurisdictions. With varying levels of requirements regarding application processes and insurance purchases, Chinese cities have begun moving forward with AV road testing on public roads and highways. Beijing and Shanghai, for example, require more detailed applications, including risk assessments, prior to granting permission for public road testing. At the national level, the Ministry of Industry and Information Technology is expecting to pass a regulation allowing AVs to be tested on highways in 2021.

At the moment, the regulatory landscape for AVs is focused on the requirements needed for testing. As the potential for deployment on public roads approaches, the successful transition and adoption of AVs, which will be dependent on scaled development, in both China and the United States will hinge on more than this initial approach around testing. China’s top-down policy implementation, direct support for development, and close involvement by the central government could provide it with an edge in AV development. Coherent regulatory frameworks supported by a national interest in becoming an “AI leader” may foster a more innovation-friendly regulatory environment in China. In contrast, regulatory fragmentation in the United States might slow deployment. The risks this could pose to the United States will be the subject of a forthcoming paper.

This report is made possible by support from Cruise LLC. 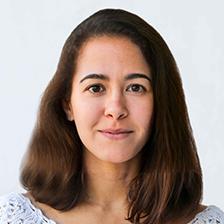 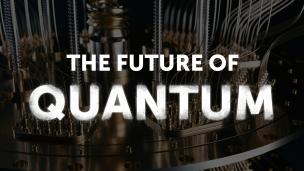 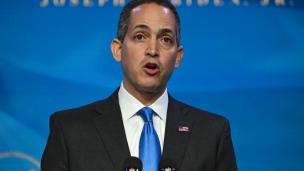