The size and scope of U.S. aid to Ukraine is increasing—and with it, the need for oversight and accountability. The Ukrainians are heroically defending their country, and, in support of that struggle, the United States has committed $53 billion through September 30, the end of this fiscal year. Early aid packages included mainly weapons and supplies, but the most recent package has billions of dollars of economic aid. Stronger oversight and controls are needed to ensure the funds are used as intended. Any corruption in handling this aid would undermine the bipartisan support that the aid has received and thereby impair the ability of the Ukrainian people to continue their struggle.

Aid related to the war totals $53 billion: $13 billion in supplemental funding passed in March and $40 billion in the package passed in May. The military component provides thousands of weapons to arm the Ukrainians, from rifles, night-vision goggles, rockets, and artillery pieces to antitank weapons like Javelins. Humanitarian aid covers a wide variety of activities, from global food relief to refugee resettlement.

Unlike earlier packages, the most recent aid package provides large resources directly to the Ukrainian government: $8.8 billion of economic support, $4 billion to purchase weapons, and potentially several billion dollars more in training, law enforcement, and humanitarian assistance funds. Further, the rate at which the United States provides military and humanitarian aid has increased from $150 million a day early on to $310 million per day in the latest aid package. Only part of this goes directly to the Ukrainian government; most aid flows through other institutions, particularly the Department of Defense. Nevertheless, Ukraine is by far the largest recipient of U.S. military and economic aid.

Ukraine desperately needs this economic aid to continue delivering governmental services and rebuild its shattered economy. The war has disrupted its ability to collect revenue, and the military effort has priority on the resources it has. Further, the World Bank estimates that the war will reduce Ukraine’s GDP by 45 percent. However, pouring billions of dollars into a beleaguered country with weak governance can overwhelm its control systems. The $8.8 billion of economic support alone is equivalent to 6 percent of Ukraine's prewar annual GDP and 30 percent of government spending. The temptation to divert pieces into the wrong pockets will be strong.

Corruption has been a real problem in Ukraine, notwithstanding exaggerations by Russia and others. The Corruption Perception Index ranked Ukraine at 122 out of 180 countries globally. Ukrainian oligarchs have dominated economic life, having taken advantage of the chaotic conditions when the Soviet Union collapsed. Frustration with failures and inefficiency in the Ukrainian government got President Zelensky, a political novice, elected in the first place.

Weapons need tracking also. The United States expects that the weapons will go to regular Ukrainian units for combat against the Russian military. However, many militias with questionable political pedigrees have likely arisen during Ukraine's existential crisis. For example, the Azov battalion, which defended Mariupol, had neo-Nazi inclinations. Such groups are also more likely to abuse civilians and commit war crimes. The United States does not want its weapons arming extremist groups that are only loosely controlled by the government. Further, the United States does not want these weapons used for other purposes, such as suppressing the Russian-speaking population.

U.S. support for Ukraine has been remarkably bipartisan and popular in a political environment otherwise characterized by bitter partisan divisions. The last Ukrainian aid package passed 368-57 in the House and 86-11 in the Senate. Having some of this aid diverted for private uses would undermine this bipartisan support. Even hints of corruption would be damaging.

The last aid package does require reporting from the Department of Defense and provides $5 million to enhance oversight in the Department of State. These provisions recognize the problem but may be too limited, given the extent of the aid and its sensitivity.

So, what else might be done? One approach is to enhance existing oversight mechanisms. In May, Senator Charles Grassley (R-IA) wrote a letter to the State Department expressing his concerns and received some assurances of enhanced oversight. Another approach is to create a special inspector general. Senator John Kennedy (R-LA) has introduced a bill to create a special inspector general for Ukraine. Senator Rand Paul (R-KY) tried to create such an organization in the $40 billion aid package, but failed in the face of a desire to move the package quickly.

The scope of the aid is such that a special structure might be warranted. The Special Inspector General for Afghan Reconstruction (SIGAR) is a useful model. In Afghanistan, rampant corruption and weak governance undermined U.S. counterinsurgency efforts, and existing structures could not deal with these problems. Congress established SIGAR in 2008 to provide focus and an independent voice.

SIGAR's mission is to conduct audits and investigations to (1) promote the efficiency and effectiveness of reconstruction programs and (2) detect and prevent waste, fraud, and abuse. It provided Congress and the American people with quarterly reports, lessons learned, and special investigations when issues arose. For example, it recently investigated whether Afghan officials fled with massive amounts of cash (they did not).

Current efforts to support Ukraine might benefit from a similar oversight mechanism to ensure that the economic aid goes where it is needed, that arms purchases occur without corruption, and that weapons go to appropriate units. Indeed, with assistance to Afghanistan ended, it might be possible to repurpose some or all of SIGAR to oversight of Ukrainian aid, thus bringing an existing organization and skilled workforce to bear immediately.

An organization like SIGAR provides one further service: an independent assessment of the conflict that offers a useful counterpoint to the optimistic reports often coming from military and governmental headquarters. For example, U.S. officials reported continuous progress in Afghanistan, which SIGAR showed was overly optimistic. The same dynamics may be playing out in the current struggle, where the Ukrainian government has tightly controlled information, making it difficult for outsiders to know what is actually going on.

The consensus is that the war in Ukraine will go on for an extended period. U.S. aid goes through September 30, indicating the U.S. expectation of a protracted conflict. As this aid flows to Ukraine, especially aid in the form of financial support, increased oversight would help preserve bipartisan support for the conflict. This increase in oversight needs to happen sooner rather than later when invevitably, some scandal forces the issue. As John Sopko, head of SIGAR, stated to the Wall Street Journal, “It is really shocking that people are not applying what we learned about the mistakes in Afghanistan to Ukraine.” 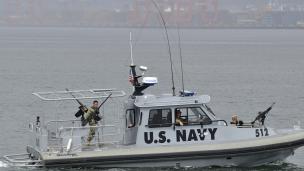 Why does Ukraine need longer-range weapons from the US?
Financial Times | Felicia Schwartz
June 2, 2022
View all content by this expert