The launch of the U.S. Development Finance Corporation (USDFC) in October 2019 is an extraordinary opportunity to accelerate capital flows into emerging and frontier markets in support of U.S. national security, development, and commercial objectives. The new agency is inheriting a fundamentally solid foundation to build upon from the Overseas Private Investment Corporation (OPIC). However, it would represent a tremendous missed opportunity if the USDFC merely replicated OPIC’s activities at a higher volume. This is especially the case for infrastructure finance, the sector where USDFC has the greatest potential to have impact. To help ensure success at scale, we recommend the USDFC:


The Center for Strategic and International Studies (CSIS) and the Energy for Growth Hub, two independent organizations that have closely supported the creation of the USDFC, convened the Working Group on U.S. Development Finance for Infrastructure to consider the context and emerging opportunities and provide focused recommendations for the new USDFC to live up to its potential. The questions we asked included: What are the major global and market trends affecting the USDFC’s ecosystem? Where are the potential opportunities the greatest? How can the USDFC do more, in volume and quality, than OPIC in filling the infrastructure gaps to unleash the potential of the private sector and to create jobs? This memo is a report of the co-chairs and does not necessarily represent the views of all participants in the Working Group. A full list of Working Group participants is listed in Annex 1.

Enormous expectations for the USDFC. The passage of the Better Utilization of Investments Leading to Development Act (BUILD Act) in 2018 will transform OPIC into USDFC, a larger, full-service development finance institution, in October 2019. The goals for the new agency are ambitious, including that it will:

A tight link to national interests and U.S. strengths. Development finance can be a potent tool to promote U.S. strategic interests around the world, which can build upon American business and economic models. The USDFC’s implicit mission is also to find ways to:
The urgency of the mission is driven by rapid changes in global markets, demographics, and technology. The USDFC will be operating in a global context of shifting markets  and trends: 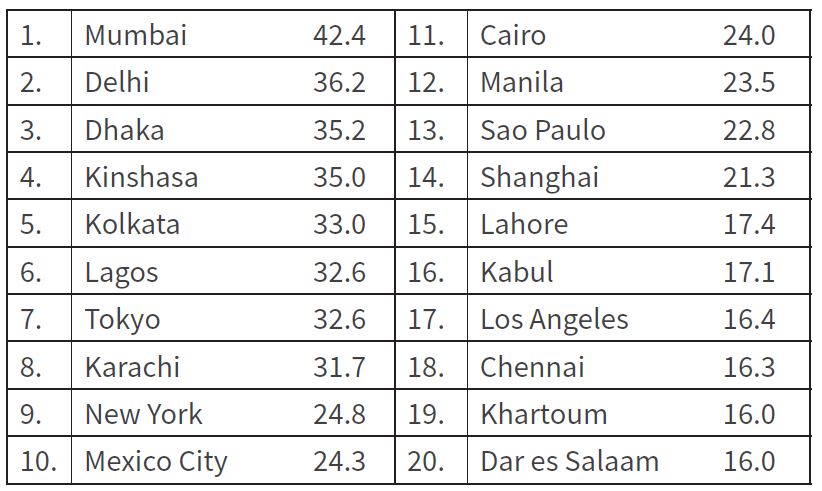 Given the context, expectations, and trends in the global economy, we advise the USDFC to take advantage of this opportunity by prioritizing (a) areas where U.S. firms have a competitive or technological advantage, (b) projects that can show reasonably positive momentum in a relatively short-time period, and (c) sectors where development finance is most needed and where prospects for social and economic impact are high. To meet all of these criteria, we advise the USDFC pursue the following recommendations.

Rapidly growing urban centers can become sources for dynamism and entrepreneurship, or they can create a range of social, political, and economic risks. The difference in trajectories is largely driven by how well expansion is managed, such as the ability to address the needs of residents and businesses. Many cities in emerging and frontier markets (Lagos, Jakarta, Cairo, Dhaka, Kinshasa, Manila, Karachi, and many more) are struggling to find financing for critical infrastructure and services for its citizens. Smart Cities—cities that utilize advanced technology to enable efficient solutions for issues of urbanization—offer tremendous opportunities for the USDFC to:


In particular the USDFC could address gaps that an individual investor could not, such as:


Recommendation 2: Respond to huge unmet power needs by investing aggressively in both hard and soft energy infrastructure and technology.

Power has been a traditional strength of OPIC’s portfolio. This must continue under the USDFC. Energy is a sector where the United States is a global leader and, when projects are well implemented, can have substantial positive impact in both the immediate future and long term. Energy systems that can deliver affordable, reliable electricity at scale can help to unlock economic growth, create employment, and support the expansion of a wide range of public and private services. Energy infrastructure can also present relatively large transactions and crowd in private capital, technology, and expertise. To accelerate the USDFC’s contribution to meeting the energy demand across emerging and frontier markets, the agency should:

Digital infrastructure—such as broadband or fiber-optic internet cables, mobile telecommunications, online banking and e-payment systems, and other digital platforms—are as important in today’s global economy as roads and bridges. Access to information can bolster democracy, improve governance, and can potentially enable citizens to hold their leaders accountable. As countries move up the development ladder and their middle classes expand, citizens demand even more information and greater digital services. Businesses require data and communications to function, to compete, and to grow. Digital infrastructure is a new necessity. Yet internet access is still missing for billions of people and the cost of broadband access is prohibitively expensive.9 The opportunity for the USDFC is to:

When the USDFC opens its doors in October 2019, expectations will be tremendous. The White House, Congress, partner governments, business leaders in the United States and across emerging markets, and the American public all expect this new agency to have meaningful impact. The USDFC can best succeed by organizing around infrastructure opportunities in dense urban growth centers, the power sector, and in digital technology.

Agnes Dasewicz is a senior associate with the Project on Prosperity and Development at the Center for Strategic and International Studies (CSIS). Todd Moss is the executive director of the Energy for Growth Hub and formerly at the Center for Global Development (CGD), State Department, and World Bank. Daniel Runde is a senior vice president and director of the Project on Prosperity and Development and Project on U.S. Leadership in Development at CSIS and Kate Steel is co-founder and COO of Nithio and previously worked at USAID, Google, and the World Bank.

This brief is made possible with the generous support of Chevron.


CSIS Briefs are produced by the Center for Strategic and International Studies (CSIS), a private, tax-exempt institution focusing on international public policy issues. Its research is nonpartisan and nonproprietary. CSIS does not take specific policy positions. Accordingly, all views, positions, and conclusions expressed in this publication should be understood to be solely those of the author(s).

ANNEX 1: THE WORKING GROUP ON U.S. DEVELOPMENT FINANCE FOR INFRASTRUCTURE

Note: Affiliations listed for identification purposes only. All participation was in a strictly private capacity.

How to salvage the Summit of the Americas
The Hill | Ryan C. Berg, Daniel F. Runde
May 12, 2022
On Demand Event

An Exit Interview with Henrietta Fore
May 10, 2022
In the News

The Next Wave Is Not a Covid-19 Wave: Debt Sustainability in Developing Countries
By Daniel F. Runde, Frank Kelly, Romina Bandura
April 20, 2022
On Demand Event

Digital Transformation in the Western Hemisphere: An Aging Population
March 11, 2022
View all content by this expert