The Anti-Blockade Law: A Change in Venezuela’s Economic Model

At the turn of the century, then-president Hugo Chávez launched a campaign to expropriate Venezuela’s private sector and restrict economic freedoms. The resulting economic model concentrated decision-making authority in the executive and progressively eroded the National Assembly’s constitutional oversight over economic policies. The government took over hundreds of private businesses, giving ministers control over large portfolios of state-owned enterprises. But years of mismanagement and corruption devastated the country’s industries.

Now, as the international pressure campaign continues, the Maduro regime faces stiff economic isolation and finds itself in need of private capital to support its state-owned enterprises, prompting it to break from the model that Chávez had so ardently espoused. This commentary addresses the legal, economic, and political implications of this unprecedented economic policy shift away from Chavismo.

In September 2020, Venezuela’s Constituent National Assembly—a rubber stamp legislature established by the Maduro regime in 2017—passed the Anti-Blockade Law (Ley Antibloqueo). This law signals a shift in the Maduro regime’s economic policies, enabling an unprecedented increase in private investment while providing the Maduro regime legal avenues to maintain a firm grip on the economy.

“This law vests authority in the Maduro regime to selectively privatize state-owned enterprises while removing safeguards that would prevent corruption and patronage.”

Despite the increase in private investment, the Anti-Blockade Law also gives the Maduro regime the tools to exercise unchecked control of Venezuela’s state-owned enterprises. It serves as the legal basis for further concentrating economic decisionmaking power in the executive and eliminating several key constitutional checks and balances. For example, although Article 150 of the Venezuelan Constitution gives the National Assembly authority to review and authorize contracts related to the national interest, the new Anti-Blockade Law authorizes the Maduro regime to unilaterally take any legal measure or carry out any business deal necessary to protect the country’s assets. Furthermore, it allows these business deals to be done in secret and without a public bidding process. As such, this law vests authority in the Maduro regime to selectively privatize state-owned enterprises while removing safeguards that would prevent corruption and patronage.

The Anti-Blockade Law also shields the executive from public scrutiny and subverts Venezuela’s democratic order. The law gives the executive discretion to conceal related documents—such as contracts and administrative records—from the public and declares all related decisions, procedures, and acts to be classified. More broadly, the law also gives the executive the authority to revoke legal norms in conflict with the Anti-Blockade Law, an authority that, according to Article 131 of the Venezuelan Constitution, should only be given to judges in specific cases involving constitutional rights.

A Step Away from Chavismo

The law recognizes that the Chavista economic model is no longer sustainable, and it reverses decades of corporate state-ownership. Beginning in 2005, Chávez launched an unprecedented campaign of expropriations and state intervention in the economy as part of his efforts to take control over the private sector. The Venezuelan state between 2002 and 2013 intervened in more than 1,284 companies, constituting 67 percent of all private companies. As a result, public spending on state-owned enterprises jumped from $1.7 billion in 2005 to $430 billion in 2017. Currently, the Venezuelan government controls at least 706 companies but lacks the resources to keep most of them running properly—the regime’s budget last year decreased 25 percent, a consequence of a depleted oil industry and the economic pressure created by international sanctions.

The Maduro regime now recognizes that, if it wants to reenergize Venezuela’s economy, it needs to relinquish control of state-owned enterprises. This was, for example, the recommendation made by a commission established by the regime to study how the country’s oil industry can be rebuilt. The law, in line with Article 303 of the Venezuelan Constitution, does not allow the executive to privatize Petróleos de Venezuela (PDVSA), but it opens the door to privatize its subsidiaries and other parts of the oil production chain.

A Moving Target for International Sanctions

This shift toward privatization has caused divisions within Chavismo, with some officials ideologically opposing increased foreign investment and privatization. Several members of the Constituent National Assembly criticized the Maduro regime for rushing the law through the chamber. Others, including members of the Venezuelan Communist Party, criticized the law’s objectives, arguing that it would lead to more corruption and to the end of the Bolivarian Revolution.

Despite these objections, the law is likely to usher in a wave of privatizations. The Maduro regime’s vice president, Delcy Rodriguez, recently announced that the government is set to receive national and international investments. In November 2020, Rodriguez and the head of PDVSA traveled to Russia to “[deepen] strategic alliances between the two countries in the context of the anti-blockade law.” Other key allies, including Iran and Turkey have also strengthened economic ties with Venezuela in recent years and are likely to play an important role as the regime welcomes foreign investors. Since the Anti-Blockade Law gives foreign investors increased protection against international sanctions, Maduro’s allies may consider investing in the country despite Venezuela’s status as one of the riskiest markets in the world.

The Anti-Blockade Law will hamper efforts to pressure the regime into a peaceful transition. So far, international sanctions have severely restricted the regime’s access to foreign currency, causing foreign exchange income to decrease by 99 percent between 2013 and 2020. But this pressure strategy hinges in part on the regime’s dependence on the oil industry as a source of foreign currency. Now, as the Maduro regime opens the country to selective foreign investment, it will carve out new avenues to evade sanctions and expand its economic operations. These operations will likely extend beyond the energy sector to other industries, such as manufacturing and food, which currently represent 38 percent of Venezuela’s state-owned enterprises. As the United States and others continue to financially isolate the regime, they will need to take stock of the new economic players that may emerge as a result of this law.

Antonio de la Cruz is a senior associate (non-resident) with the Americas Program at the Center for Strategic and International Studies in Washington, D.C. Hector Correa is a research intern with the Future of Venezuela Initiative. 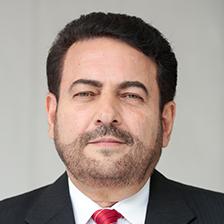 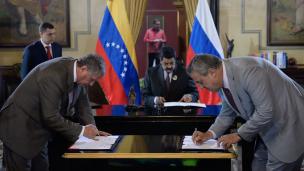 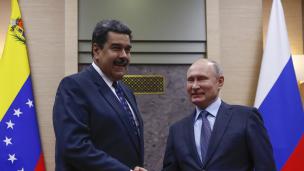