The Argentine August 13 Primaries and the Macri Administration’s Future

Midterm primary elections where virtually all of the contests involve candidates running unopposed are usually ignored, with good reason. But anyone concerned with the future direction of the Argentine political system and economy should pay close attention to the country’s August 13 primaries.

From a distance, the primaries to choose candidates for Argentina’s October 22 midterm congressional elections appear to be a ho-hum affair. With five exceptions, all of the candidates of the four leading political forces in the six most populous provinces (containing 70 percent of the population) are running unopposed.

However, when viewed in closer proximity, the primaries are of profound importance for Argentina’s political future. They will provide a clear-cut demonstration of the relative popular support for former president Cristina Fernández de Kirchner, CFK (2007–2015) and for the administration of President Mauricio Macri (2015– ). Voter participation is mandatory in the primaries, and in a country where public opinion polls are widely distrusted due to past prediction failures and a popular belief that their numbers are often biased, the primary results (i.e., the proportion of the overall primary vote won by each of the candidates in their own unopposed primary) provide a clear and accurate measure of true popular support for the competing candidates, a mere 10 weeks before the general election. Recent history suggests the October election results are unlikely to be notably different from those in the primaries.

The Senate race in the province of Buenos Aires will be the marquee event. While the undercard will be crowded with Chamber of Deputies primaries (almost all uncontested) across the country’s 23 other provinces, 7 Senate contests, and a host of provincial legislative races, all eyes will be on the province of Buenos Aires where almost 40 percent of Argentines reside. The province elects 35 of the 127 Chamber deputies up for election this year as part of the body’s partial renovation (130 were elected in 2015 for a four-year term). It also is among the eight provinces renewing their three senators. The senators and deputies (along with provincial legislators and municipal council members) are elected from closed party lists where races for different offices are linked together (literally) on a party-supplied paper ballot: think of straight ticket voting on steroids.

At the head of the ballot in the province of Buenos Aires is the Senate race, and while there are more than a dozen Senate candidates, only four names matter (all Senate candidates are seconded by another candidate and two alternates). Three of these four top-tier candidates belong to Argentina’s large and diverse Peronist Movement: CFK (Unidad Ciudadana), 2015 presidential candidate Sergio Massa (1País), and former CFK cabinet minister Florencio Randazzo (Partido Justicialista). Massa is widely regarded as the leading figure in the anti-CFK wing of the Peronist Movement. The Macri government’s candidate is former minister of education Esteban Bullrich (Cambiemos).

The primary election results will provide an important signal about the extent to which Macri will be seen as a lame duck or as a likely two-term president during the latter half of his current four-year term. They will clarify the prospects over the next two years for the enhanced foreign and domestic investment that the Macri administration considers vital to its gradualist approach to hauling the country’s economy out of the deep ditch in which CFK left it in 2015.

A strong CFK victory (i.e., obtaining significantly more votes in her uncontested primary than her rivals obtain in their uncontested primaries) over Bullrich would foreshadow an almost certain victory by the former president in October. It would erode popular and elite confidence in Macri’s ability to govern effectively during his final two years in office, as well as reduce investor confidence in the country’s future direction. This, in turn, would make it more difficult for Macri to successfully rein in the government’s unsustainable deficit spending and significantly reduce the country’s double-digit inflation rate, in addition to undermining other reform efforts designed to make the economy more competitive and predictable.

An even worse scenario for Macri would be a third-place finish by Bullrich behind Massa. This would not only serve as a devastating popular rebuke of the Macri administration but also severely hinder Bullrich’s ability to make up any ground between the primary and October 22, since for many voters who dislike CFK, Massa would become the best hope for defeating her in October. The consequence would be that some voters who support Randazzo in the primary (he’ll finish in the mid-single digits) would switch to Massa in October, as could a small number of Bullrich voters who prioritize vanquishing CFK over bolstering Macri.

There would however be a silver lining for Macri amidst the dark clouds created by a CFK victory. If CFK wins, she will remain an influential actor within the Peronist Movement. While CFK is too divisive and controversial to ever align a substantial majority of Peronists behind her in the future, her presence and popular legitimation at the polls would prevent any other Peronist (such as Massa or Salta governor Juan Manuel Urtubey) from unifying a substantial majority of Peronists behind them. As a result, Macri would most likely face a divided Peronist Movement when he is up for reelection in 2019, with one faction of Peronism represented by CFK, a candidate who due to her high disapproval ratings would be easier for Macri to defeat in a runoff than Massa, Urtubey, or several other Peronists.

A Bullrich victory would serve as a full-throated endorsement of the Macri administration in the country’s most populous province and, along with expected Cambiemos victories in other key districts such as the city of Buenos Aires and Mendoza, and perhaps even Córdoba and Santa Fe, would signal to elites, voters, and investors not only that Macri is not a lame duck but that he should be considered the odds-on favorite to win in 2019. Foreign and domestic capital could then invest with the confidence that Macri’s pro-market policies would likely remain in force at least through 2023, if not longer.

The belief that Macri is likely to remain in power until 2023 also would cause many Peronist governors to become more supportive of the Macri administration, in exchange for benefits for their provinces. This would enable Macri, whose Cambiemos coalition even under the most optimistic scenario will not control an absolute majority of the seats in either the Chamber or Senate after the midterm, to implement more of his policy program in Congress where a majority of Peronist senators and deputies are very responsive to the commands of their province’s Peronist governor.

A Bullrich victory in the primary would also drive a stake through the heart of CFK’s political power. Peronists do not look favorably on defeat and weakness, and by the time CFK assumed office in December her contingent of loyal supporters would drop to the two to three dozen range in the 257-member Chamber and to approximately a dozen in the 72-member Senate.

On August 13, President Mauricio Macri’s future will become either brighter or bleaker. The current polls aren’t trustworthy enough to tell us which, but this coming Sunday evening, Macri and his closest advisers will be either toasting their good fortune or drowning their sorrows.

Mark P. Jones is a senior associate with the Americas Program at the Center for Strategic and International Studies in Washington, D.C. 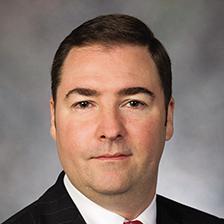 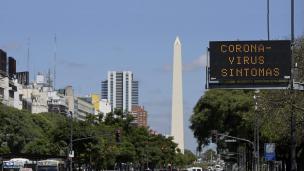 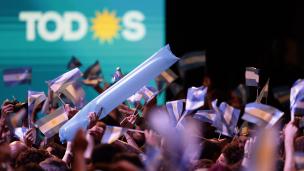 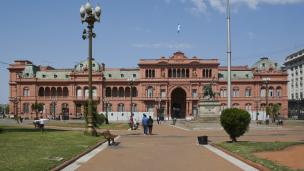 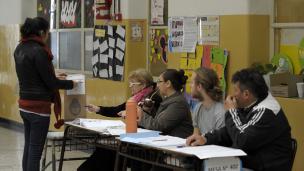 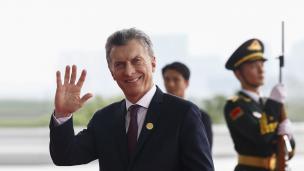 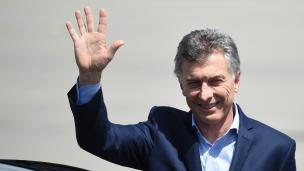 A Banner Night and a Brighter Future for Argentina’s President Macri
By Mark P. Jones
August 14, 2017
View all content by this expert