Assessing the Risks of Chinese Investments in Sub-Saharan African Ports

Some caveats are needed. The data presented in maps and charts here does not represent an exhaustive list of Chinese involvement in African ports nor does it capture the value of funding shares or the precise stage of completion due to limited information.2 Despite its shortcomings, this approach applies a methodology to distinguish which ports are more vulnerable to Chinese strategic intervention and provides practitioners and scholars a foundational framework from which to build future research. While it does not purport to reveal the next Djibouti military base or Hambantota port in Africa, the data indicates where Beijing is making a bigger bet on a port’s potential and reveals which ports are more susceptible to Chinese influence and control.

Sub-Saharan African ports play an integral role in Beijing’s Belt and Road Initiative (BRI), the sprawling network of Chinese infrastructure projects linking China with Europe, East Africa, and Southeast Asia. With the launch of BRI in 2013, President Xi sought to open China to new markets, expand his country’s political influence globally, and secure military access and mobility across regions. Forming the backbone of China’s “Maritime Silk Road,” investments in African ports provide a gateway to the region’s trade and economic development, empower China with political leverage and clout on the continent, and provide a foothold for People’s Liberation Army Navy (PLAN) activities.

The 46 ports identified in this data align with broader Chinese military, commercial, and political objectives. One of the key challenges is decoupling these three objectives, distinguishing which ports have security dimensions from those that offer purely commercial gains.

There are signs that Beijing plans to use these port investments to increase its military and political reach. The various Chinese entities driving African port development have deep ties to Beijing.3 At least six of the ports captured within this data were also visited by Chinese naval vessels or are dual-use civilian-military ports.4 Seven of the eleven ports operated by Chinese entities are deep-water, opening the possibility for larger commercial, but also military, vessels to dock.5

Not all Chinese port investments, however, pose a direct security risk to U.S. or African interests. Most are likely pursued for commercial gain. China has risen in the last decade as the continent’s main trade partner, and port investments are just one of the main avenues through which it is establishing commercial supremacy in the region. Not only do many Chinese-backed ports found within our data hook into other BRI projects, but Chinese companies have directed resources towards ports with the most commercial potential.6

Moreover, port expansion and rehabilitation projects are key to furthering African growth and development. Ninety percent of African exports depend on ports. Chinese investments that aim to address congestion and outdated port infrastructure, which currently limit trade flows on the continent, are projected to contribute toward regional GDP growth.7 These port projects consequently, not only fuel African growth, but also reinforce China’s image as a development partner and boost its political influence. At a ceremony celebrating China Harbor Engineering Company’s project at Walvis Bay Harbor, Namibia, the Chinese Ambassador to Namibia, Zhang Yiming said: [T]his is the benchmark project for China-Namibia friendly and pragmatic cooperation, which symbolizes the great attention of our leaders to our relations and the brotherhood between our people.

There are at least 46 existing or planned port projects in sub-Saharan Africa, which are funded, built, and or operated by Chinese entities. Chinese investment was present in roughly 17 percent of the 172 sub-Saharan African ports captured in the 2017 World Port Index.8 These ports are positioned along each coast, providing Chinese access to main maritime routes and chokepoints.

Further research is essential to separate port projects that pose a security threat to African governments, the United States, or other international partners from those that are made with commercial intent. In the sections below, the CSIS Africa Program has enumerated the security risks tied to each phase of port investment. We identify operation/ownership as the most immediate risk to U.S. interests followed by financing and construction.

Operation. Chinese port ownership or operation pose immediate risks to U.S. interests,9 potentially allowing China to extract intelligence, block the U.S. government from accessing territory or services (such as critical port access at Djibouti City), and use ports to dock military vessels. China’s technical knowledge and operation of ports spread across the region may also provide strategic depth to preposition, deploy, and refuel its naval fleet, as well as block adversaries, during periods of conflict. Notably, port investments do not always precede Chinese military access to ports. China, for example, secured the right to dock military vessels at Seychelles through a separate bilateral military agreement. Neither do operation rights ensure that an African government will allow a Chinese military vessel to dock in their waters. The port authority’s role in operations and its lease agreements, as well as the relationship between the host government and Chinese state are factors that future research should consider.

Chinese entities operate 11 of the 46 sub-Saharan African ports identified (see below Figure 1. Ports Operated by Chinese Entities). Seven are situated on the west coast and four on the east coast. The Doraleh Multipurpose Port in Djibouti City is currently the most concerning port given its proximity to a maritime chokepoint and U.S. military base. If counting its naval base, China currently controls two of the five terminals at the Port of Djibouti. Additional research could reveal the strategic significance of the other 10 ports. 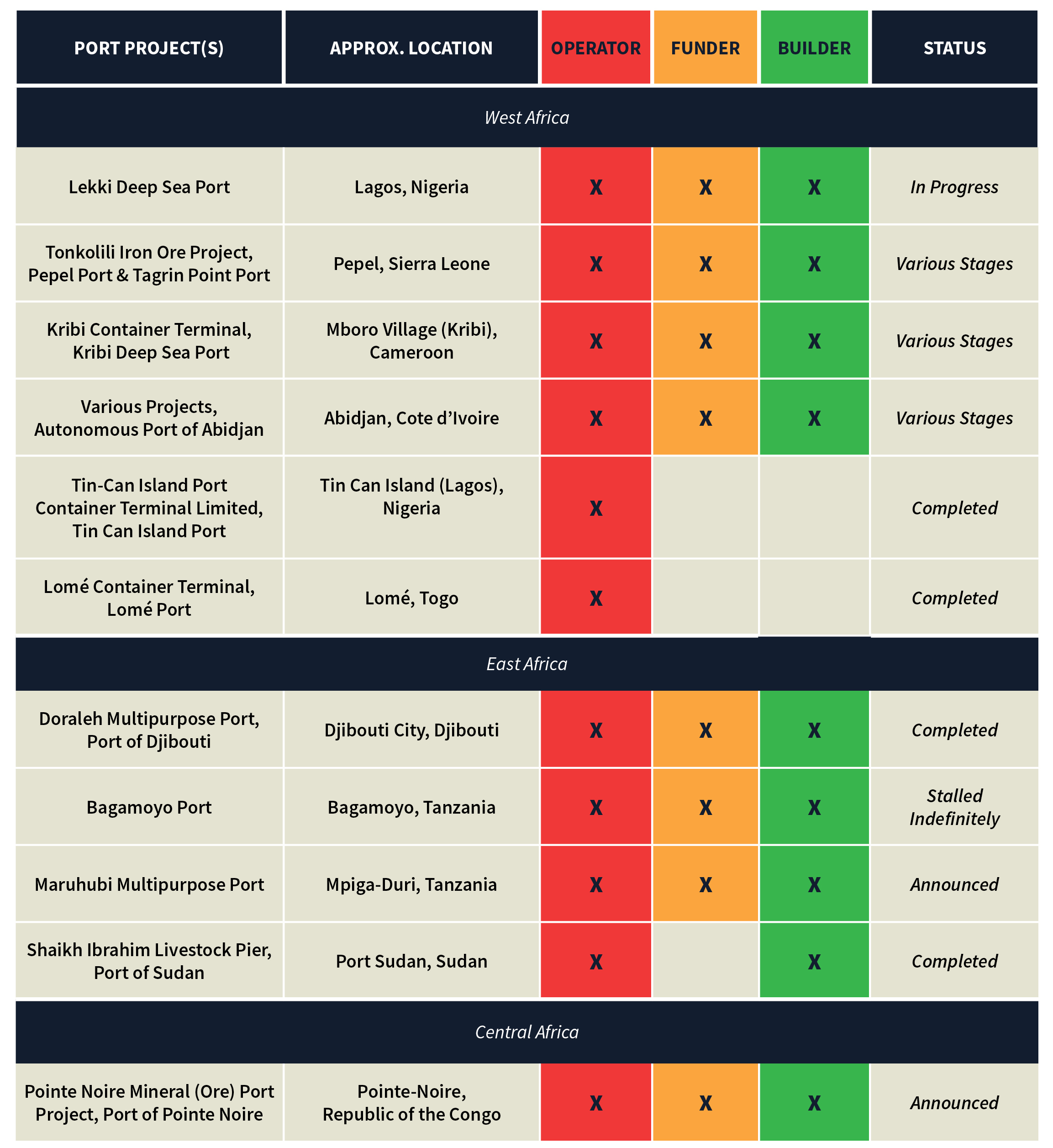 * See footnote 9 for the definition of “operation” applied throughout this review.

Figure 2a. Ports Financed or Constructed by Chinese Entities 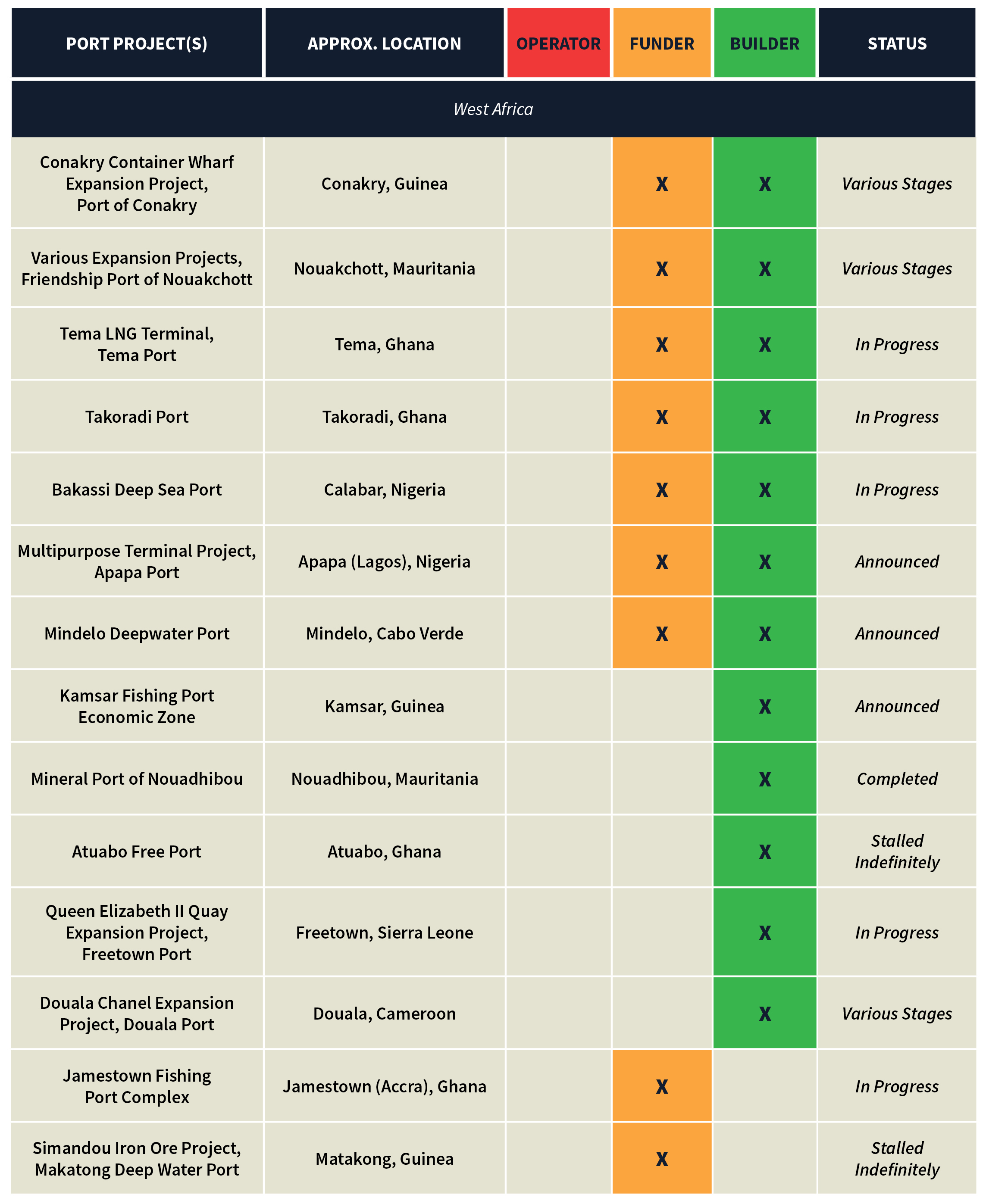 Figure 2b. Ports Financed or Constructed by Chinese Entities 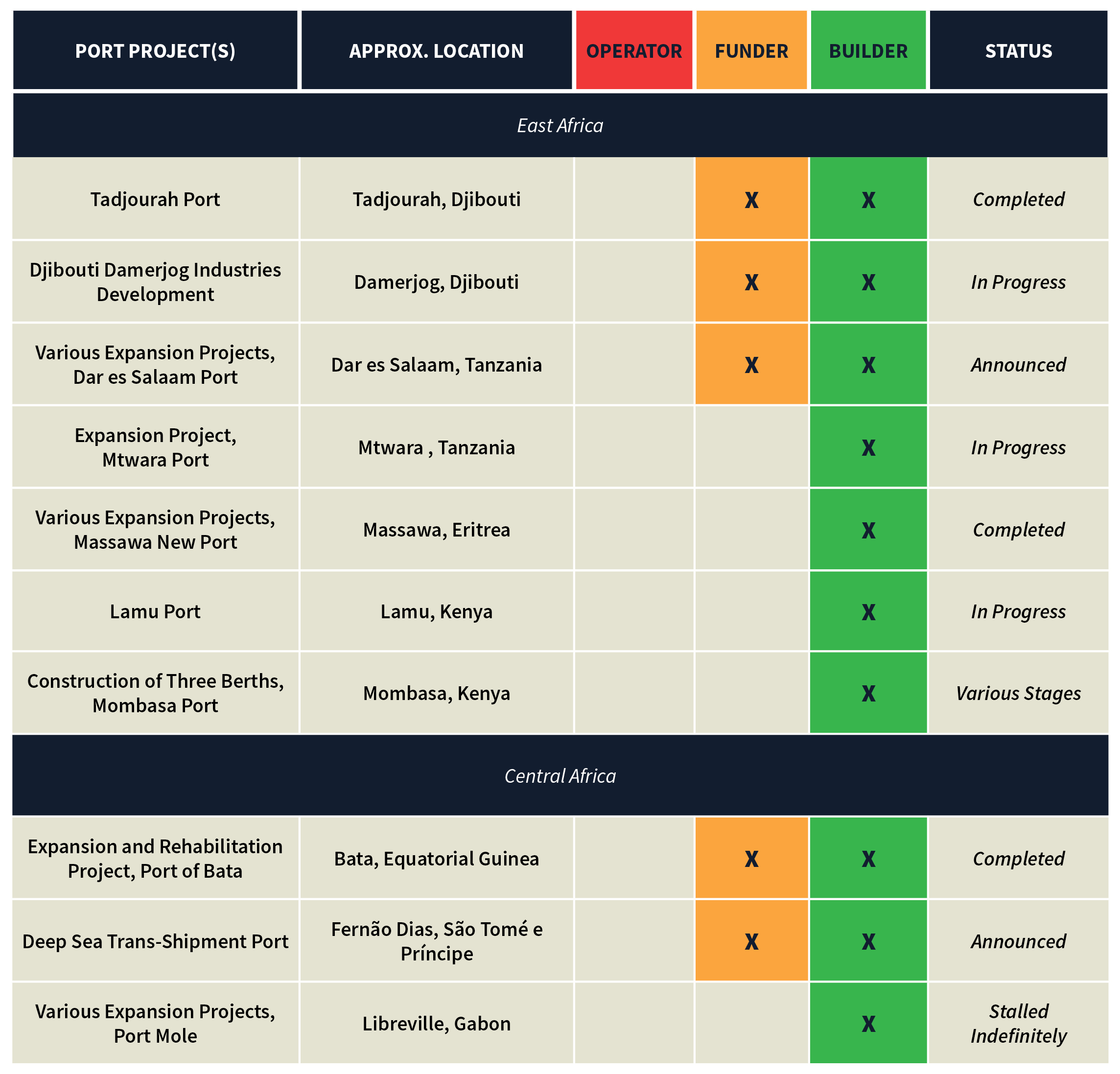 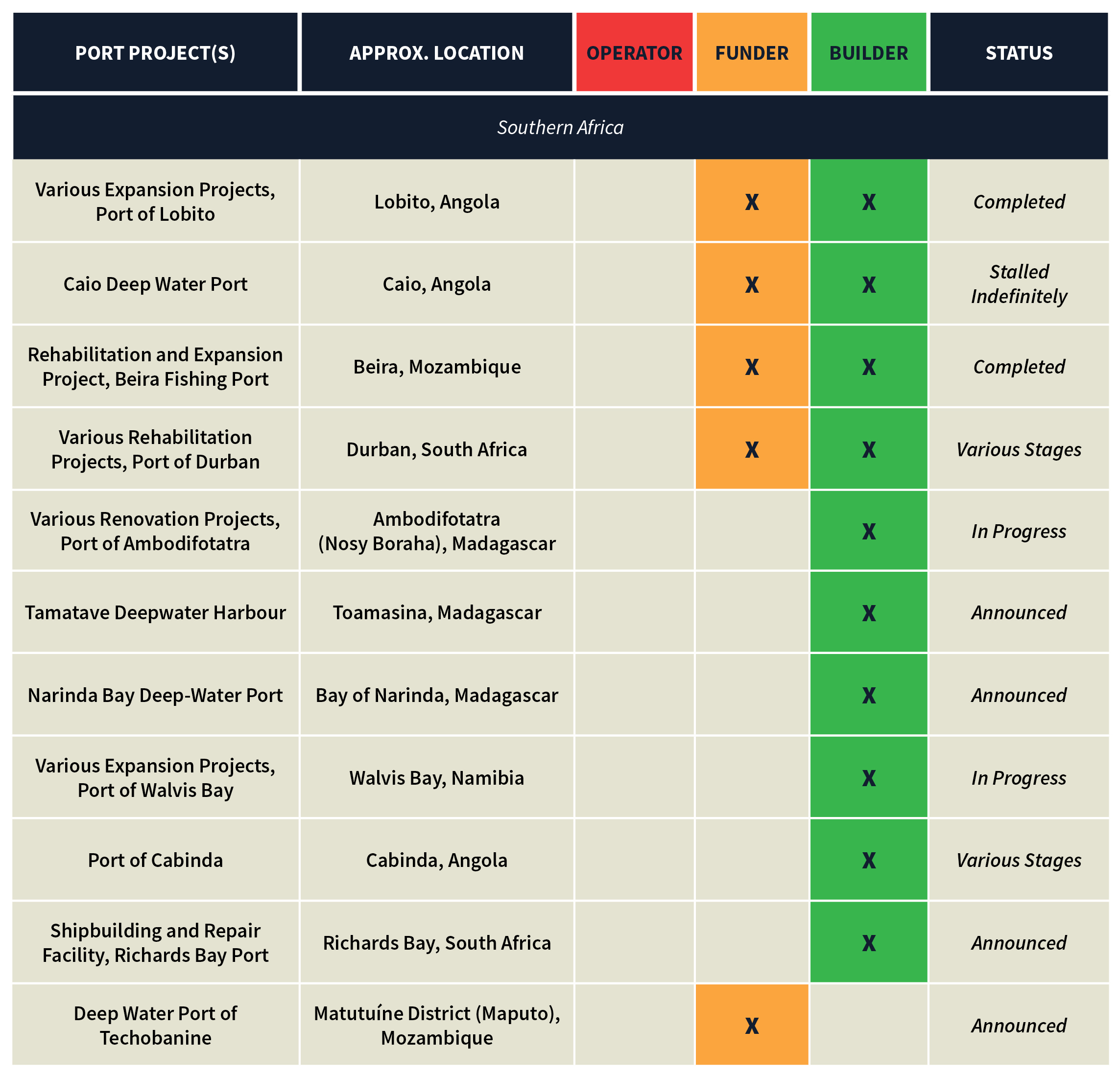