Bashir’s Removal Is Just the Beginning of the Sudanese Transition

On April 11, 2019, the Sudanese military overthrew President Omar al-Bashir who had ruled his country for three decades. Sudan’s First Vice President and Minister of Defense Ahmed Awad Ibn Auf announced that he will lead a two yearlong transitional government. He dissolved the constitution and sacked the council of ministers, national, and state governments. He also declared a state of emergency for three months and imposed a month-long curfew from 10 p.m. to 4 a.m. The Sudanese people, who have mounted protests for the past four months, have already signaled that they will not accept a transition under these terms, setting the stage for a tense, potentially violent confrontation.

Q1: How did al-Bashir fall?

A1: In December 2018, President Bashir’s cash-strapped government removed bread and fuel subsidies, prompting nationwide demonstrations. The protesters almost immediately incorporated anti-regime rhetoric in their chants, including calls for “revolution,” and the removal of the president. Bashir initially dismissed the protests, as many autocrats do, claiming they only had momentum on social media; he told supporters that “changing the government or presidents cannot be done through WhatsApp or Facebook.” By February, Bashir begrudging conceded that demonstrators were determined and resilient, and had been unmoved by palliatives such as increased civil servant salaries and more resources for rural communities. He declared a state of emergency, suspended his bid to amend the constitution to allow another term, and installed key regime insiders in top government positions, including an ICC-indicted war criminal at the head of the ruling party.

Bashir’s mix of enticements and threats failed to cow the protesters. Regime-threatening protests have a rich history in Sudan, ending military rule in 1964 and 1985. However, these demonstrations were different in their regionality, duration, and composition. Protests have sprung up all across the country, even in Bashir’s home village, instead of concentrating activities in the capital. The protests lasted more than four months, not just a few weeks as was the case in the 1960s and 1980s. Women make up an estimated two thirds of protesters and have been prominent in the demonstrations, exemplified by an iconic video of student protester Alaa Salah.

When tens of thousands of Sudanese encircled the army headquarters in Khartoum this week to press for Bashir’s ouster, his security services—a pillar of the regime—started to crack under pressure. There were multiple reports of soldiers siding with and defending the protestors. The police pledged to refrain from intervening and Rapid Support Forces (RSF), composed of Darfuri Janjaweed, indicated they would not oppose the people. This was almost certainly the final straw, prompting ibn Auf and other regime insiders to seize control and arrest Bashir.

Q2: What are the possible outcomes?

A2: The military wants to present this transition as a fait accompli, but it is merely an opening salvo. Unlike in Zimbabwe, where people were simply relieved to see the removal of President Robert Mugabe, the Sudanese Professionals Association has indicated it will continue to stay on the streets until the military leaves power. A few factors will determine whether the military will succeed in its “continuity coup:” the security service’s support of the new transition, the resilience of the protesters, and the role of Sudan’s key neighbors and Gulf State allies.

In scenarios where the military and the street cannot agree on the way forward, it is likely that there will be considerable violence and disorder. The best scenario, however, is the one that neither side is ready to contemplate: a transitional government of regime technocrats and some elements of the professional forces, as well as Sudanese intelligentsia. This was the part of the success in Burkina Faso’s transition in 2014. While a former diplomat served as transitional president, his prime minister was a prominent security service official, and the cabinet included a mix of politicians and civil society figures.

Q3: What should the international community and the United States do?

A3: While the Sudanese are in the driver’s seat, the international community and the United States needs to work with both sides to reach a compromise. It will require some diplomatic footwork, but there is an opportunity to underscore that the transition, as currently envisioned, is unacceptable and will be regarded as a coup d’etat. First, Washington should reiterate that the military is jeopardizing some of the progress made under the five-track engagement plan, which led to the lifting of some U.S. sanctions in 2017. Second, United States should quietly engage the protest movement leadership, including the Sudanese Professionals Association, and counsel that some accommodation of the military and former ruling party is valuable—if only to preserve some continuity of state functions and promote a broad consensus. Finally, Washington should step up its coordination with the Gulf States and regional leaders such as Prime Minister Abiy of Ethiopia to press both sides to compromise.

For three decades, the United States has called for new leadership in Sudan. It should not see this transition as squandered, but rather as just the beginning. 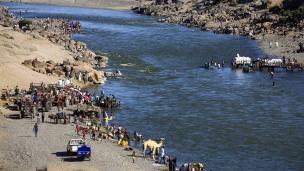 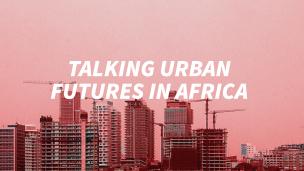 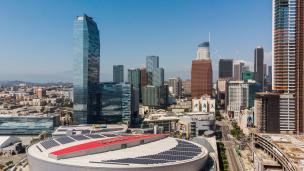 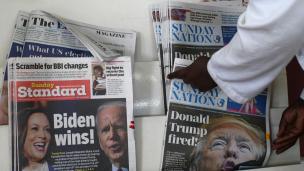