The Battle of the Bulging Budget: Europe’s Political Tectonic Plates Begin to Shift

Budget negotiations are the political nemesis of Western democracies. As President Barack Obama and Congress engage in preliminary skirmishes over the fiscal cliff, the Europe Union too has drawn fierce battle lines over this week’s European Council meeting, which will discuss the next seven-year budget (2014–2020), the multiannual financial framework (MFF).

Press reports will suggest that the only battle is between the United Kingdom and the European Union. However, Prime Minister David Cameron of Britain will be one in a long line of European leaders threatening to wield their veto club over the next EU budget. France, Romania, Sweden, the Netherlands, Austria, Denmark, and Italy have drawn their own Maginot Lines over the budget but for very different reasons.

Henry Kissinger has been attributed as saying about academia that “politics are so vicious precisely because the stakes are so low.” The actual size of what European leaders are fighting over—the annual EU budget accounts for just 1 percent of the Union’s GDP (projected to be €12.8 trillion for 2012), and over the next seven years, the total monetary value being contested is about €1 trillion—is seemingly small, but it touches on three powerful political constituencies: agriculture, regional development, and rebate. The European Union’s Common Agricultural Policy (CAP) and its common fisheries policy account for 42.5 percent of the current budget; regional development funds account for another 35.6 percent; and rebates, which are determined by a combination of annual lump sum payments (valued at approximately €4.3 billion in 2011), and taxable contributions, which account for a significant portion of the remaining budget.

For 60-plus years, the European Union has been a prosperity union, distributing funds to wealthy and poor EU countries alike. But today, it has become an austerity union, profoundly changing the internal political dynamics for the worst. This week’s EU summit will prove yet another important test for this new austerity union at a time when the integration project is looking increasingly fragile and the debt crisis’s fourth year consumes more of its member states.

The battle lines are drawn—North versus South; East versus West; Britain versus the European Union:

While other EU states will fight ferociously to protect their economic and political interests, Prime Minister Cameron finds himself caught in a particularly tight vice between two competing forces: British economic interests that push the United Kingdom toward greater European integration, and the force of Britain’s complex politics and an ever-growing anti-European sentiment that pull it away from Europe.

Over the past several years, trade between the United Kingdom and Europe has expanded, increasing from £316.1 billion in 2008 to approximately £360.1 billion in 2011, with particular increases in mineral fuels and the financial and professional services sectors. However, the British economy continues to be fairly anemic, as output levels remain 2.8 percent below the peak level of 3.3 percent at the start of 2008. Manufacturing activity declined further in October, and the rate of growth in the services sector has also slowed, with the Purchasing Managers Index (PMI) dropping from 52.2 in September to 50.6 in October, just above the 50 mark that separates growth from contraction.

But the pull by British politics away from the Continent grows stronger on a daily basis. On October 31, Prime Minister Cameron suffered his first significant parliamentary defeat when he lost a nonbinding vote on Britain’s negotiating position on the EU budget. Cameron sought to limit the future EU budget—in effect a budget freeze—in line with inflation (€885 billion without inflation). The British Parliament and defectors in his own party want Cameron to seek an outright reduction of the EU budget, a nearly impossible task. He recently stated, “I am quite prepared to use the veto if we don’t get a deal that’s good for Britain.”

A veto will win Prime Minister Cameron cheers from his Conservative Party and the British public, but loud jeers from Europe with future punitive policy consequences. This is not the first time Cameron has wielded the veto club. Last December, Britain, along with the Czech Republic, voted to “opt out” of the fiscal compact treaty. Threats of a British veto over the next EU budget have further isolated Britain, leaving it without a clear coalition within the Union and giving it a reputation as an obstructionist force that is unwilling to contribute to European solutions.

Perhaps the more interesting player in the EU budget battle—and the most critical player in Europe today—is Germany, which believes the EU budget should be capped at 1 percent of the Union’s gross national income. Germany’s varied budget interests will be tested as well. Chancellor Angela Merkel of Germany sympathizes with the British need to limit the EU budget, but Germany is also a large recipient of farm subsidies under the CAP. Merkel also favors continued support for the Union’s ex-communist members around the eastern border in the form of regional development funds.

Seeking to avoid a second British veto over important EU issues, Chancellor Merkel has worked hard to find a compromise between the British freeze and the European Commission’s initial budget proposal, which increases the EU budget by 6 percent to an estimated €1.091 trillion. A dinner meeting earlier this month between Merkel and Cameron in London highlighted her desire to find middle ground; however, Cameron may have little domestic maneuverability to seek a compromise.

The significance of the November 22–23 summit cannot be overstated, although it is likely that nothing will be resolved and that the budget issue will be pushed to the December European Council meeting (which is slated to discuss the contours of an EU banking union—another unpopular topic in Britain). Failure to come to an agreement would further fuel the uncertainty that already surrounds Europe, would weaken market and investor confidence, and would highlight the Union’s inability to reach consensus on the allocation of resources during a time of crisis.

If Cameron fails to negotiate a decrease in EU spending, domestic calls for a referendum—scheduled for 2015, after national elections—on Britain’s future relationship with the Union will only grow louder. He has promised that a referendum would not dictate whether the United Kingdom leaves the European Union altogether, but whether London should fundamentally renegotiate its relationship. In preparation, the government launched a “review of the balance of EU competences” in July that will examine the powers and functions of the Union and what it means for Britain. It is unclear whether the British people will await the results of the review or will demand a referendum to occur sooner rather than later. The earth has begun to move under Europe’s feet.

Heather A. Conley is senior fellow and director of the Europe Program at the Center for Strategic and International Studies in Washington, D.C. 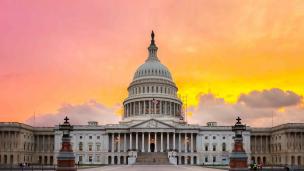 Upholding OSCE Commitments in Hungary and Poland
Statement by Heather A. Conley
November 3, 2021
In the News

Russia Says Climate Change Is a Big Priority. But Its Real Goal at COP 26 Will Be Slowing Down Progress
Time Magazine | Aryn Baker
October 25, 2021
In the News

Russia Says Climate Change Is a Big Priority. But Its Real Goal at COP 26 Will Be Slowing Down Progress
Time | Aryn Baker
October 25, 2021
On Demand Event

Schieffer Series: AUKUS and Its Impacts
October 21, 2021
View all content by this expert