Battling on Three Fronts: Ukraine Takes on the Russians, the Coronavirus, and Its Own Old Ways

It has been a long 10 weeks since the impeachment trial of President Trump concluded in the U.S. Senate. While U.S. assistance to Ukraine, which was at the heart of the controversy, has barely featured in the news since, it remains as important as ever.

The novel coronavirus is the latest challenge facing the second-largest country in Europe—one still fending off an incursion from the largest, Russia. Meanwhile, Ukraine continues to pursue the structural reforms its voters demand and endemic economic problems made so much worse by Covid-19.

As of April 22, Ukraine had recorded over 6,500 coronavirus infections and 170 deaths. This official tally almost certainly understates the scale of the outbreak in the country by a large margin: as with many Western countries, Ukraine has had trouble rolling out a comprehensive testing system. Although President Zelensky’s administration successfully enacted measures to substantively reduce mass gatherings for its recent Easter celebrations, the country is expecting a surge of cases in the coming days. There have been other setbacks as well, such as difficulties in making personal protective equipment available, resulting in large numbers of Ukraine’s medical workers resigning or refusing to work. Some 18 percent of medical workers in the country have tested positive for the novel coronavirus, a rate similar to Italy’s, to which Ukraine has dispatched more doctors to help control the outbreak of the virus. No doubt difficulties will remain, but ongoing health reforms since 2017 have better structured and equipped the nation’s medical professionals to react. 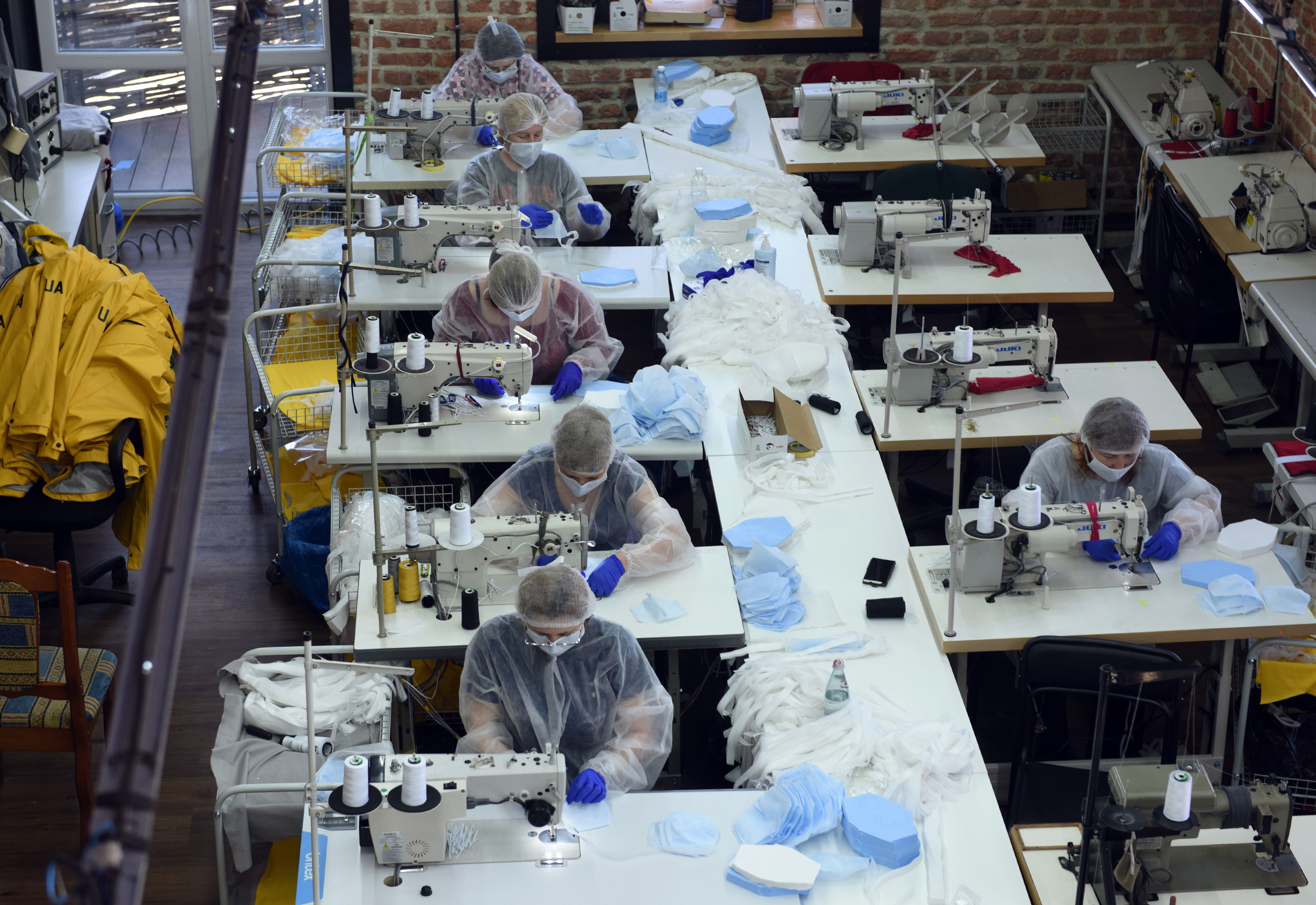 Russia, meanwhile, continues to entrench its presence in Crimea, annexed illegally since 2014, and support its proxies fighting in the Donbas region, in the east of Ukraine. The line of contact between the two sides was closed on March 22 as part of a national lockdown initiated by authorities in Kyiv to halt the spread of the virus. The Kremlin, though, has continued to seek to destabilize all of Ukraine, including through cyberattacks and disinformation campaigns. Most recently, Moscow’s internal security service, the FSB, was linked in a plot to use officials inside Ukraine’s own domestic intelligence service to conduct assassinations within the country. Moscow has geostrategic motives for wishing failure upon President Zelensky, who is still less than a year in post. Many in Russia still can’t fathom the idea of an independent and sovereign Ukraine, while others remain determined to close down the possibility.

Zelensky himself ordered major changes to the government in March, including a new prime minister and new appointments to lead the Ministries of Finance and Foreign Affairs. And as of this writing, he recently proposed Mikhail Saakashvili—the once president of Georgia and former regional governor of Odessa—as the new deputy prime minister for reforms. The new cabinet has been ordered to deliver change fast, and of the sort that voters can recognize—opinion polls in the country have indicated that their predecessors were considered too sluggish or suspected of being captured by the oligarchs, who retain disproportionate influence. Some Western observers decried the reshuffle, dismayed at what appeared to be the dismissal of some reformers. But this response may be premature. In an early sign of progress, on March 31, the Ukrainian Parliament—the Rada—approved legislation to reform the agricultural sector, clearing the way for the private ownership of farmland and an $8 billion loan from the IMF.

Hence, Zelensky finds himself battling three mutually reinforcing foes at once: Russia, with their malign disinformation efforts; the novel coronavirus, which is challenging government responses everywhere; and the murky economic forces that oppose his reforms.

How Ukraine fares in these battles is vitally important to the West. The conflict has highlighted intractable policy differences over competing visions of a regional order in Europe. Yet Russia’s invasion has actually boosted national spirit in the country and reinforced Ukrainian desire for self-determination. Resilience has grown stronger. And Ukraine has fared well despite the circumstances. They have held fair and peaceful parliamentary and presidential elections since 2014, made considerable improvements to their defense forces, created more effective law enforcement agencies, and embarked on important reforms in the health and energy sectors. But Zelensky now needs to show results just as the social and economic impacts of Covid-19 make results harder to deliver—and while Moscow is turning up the pressure.

Continuing U.S. support to strengthen Ukraine’s defense sector in these times remains crucial. Defense Secretary Mark Esper called Andrii Taran, his newly appointed counterpart in Kyiv, on April 7, in one of a select number of calls about Covid-19 made by Esper in recent weeks. Esper and the U.S. Department of Defense would be wise in moving away from placing strict conditionality on U.S. security assistance. A better approach would be one that bolsters Ukrainian sovereignty by allowing Kyiv to determine how best to use the assistance, within broad parameters of principles and standards set forth by NATO, not to mention responsible Ukrainian civilian oversight. Since both the donors and recipients of this aid can find much in common strategically, this security assistance is best applied by integrating the strength of Western defense capabilities into homegrown structures.

As the spread of Covid-19 highlights, Western assistance should be aimed at strengthening resiliency. This should include support to the civil sector and the non-security organs of government to bolster the legitimacy of Ukrainian authorities. These are precisely the institutions that are the most vulnerable in a global pandemic and also the ones the Kremlin continues to disproportionally undermine. The United States has already contributed significant sums to Ukraine’s health sector, for example, by supporting vital immunization programs, streamlining health fiscal management, and supporting efforts to reduce corruption in medicinal procurement, but more can be done. Stronger efforts to support Ukrainian judicial reform, for instance, would resonate greatly in Ukrainian society.

Finally, transparency matters. Since the Maidan revolution of 2013-14, transparency has empowered the country’s vibrant civil society to hold government bodies and officials accountable. There is a strong case for directing extra support to national and regional civil society organizations, especially independent media. These measures can be supplemented by increased investment in professional and student exchange programs and targeted educational initiatives sponsored by both U.S. and European nongovernmental organizations. Ongoing small-scale grants to sources of independent media and journalism training are essential—these efforts have already yielded great dividends by empowering domestic journalists to shine a light on corrupt Ukrainian practices as well as calling out Russian malign activity.

While Covid-19 is expected to have a profound impact on millions of individual lives, on society, and on the economy throughout the West, in Ukraine it is sure to have deep and long-lasting geostrategic consequences, too. As President Zelensky battles on three fronts at once, it is vital that the West continue to support him, including giving him latitude to determine what is best to protect the sovereignty of Ukraine. As governments worldwide increasingly turn inward to solve their domestic challenges, it becomes all the more important to put Western assistance to Ukraine on track to empower it to confront its challenges directly.

The views expressed are those of the authors and do not necessarily reflect the official policy or position of the Department of the Army, Department of Defense, or the U.S. government.