Beijing Wants to Preserve the Status Quo in Iran

After the recent U.S. drone strike on Iranian military commander Qasem Soleimani and Iran’s subsequent counterattack on a U.S. military base, the prospect of another U.S.-led war in the Middle East has returned.

In response, some have posited that Beijing welcomes a U.S. war with Iran because it would distract the United States from its focus on strategic competition with China, provide Beijing with breathing space to continue to build its comprehensive national power, boost China’s image as upholder of the international order while diminishing the United States’ role as global leader, and weaken U.S. alliances. As one analyst put it, “The killing of Soleimani could present Beijing with a major opportunity, not only to prevent another disastrous war, but to increase its influence in the region, supplanting an increasingly unpredictable Washington.”

On the surface, this narrative is plausible.

In the wake of the 9/11 attacks and the subsequent dual invasions of Afghanistan and Iraq, Beijing did indeed see an opening for what then-Chinese leader Jiang Zemin called a window of “strategic opportunity.” Sensing that the newly elected George W. Bush would adopt a harder line toward China, Beijing immediately offered assistance to the United States as it prosecuted its war on terrorism. Yet the Chinese leadership soon also realized that a distracted United States, bogged down in multiple wars in the Middle East, meant China had breathing room to further grow its economy and expand its military without concerted U.S. pressure.

The U.S. presence in the Middle East was also extraordinarily divisive, not only domestically but also for U.S. allies who joined the war efforts. It’s almost certain that a new military campaign against Iran would strain U.S. relations with even its closest allies, many of whom the United States is also attempting to recruit in its efforts to push back against Beijing’s growing military and technological capabilities.

And it’s true that if the United States was pulled into another prolonged quagmire in the Middle East on a scale similar to Iraq or Afghanistan, Beijing would undoubtedly seek to capitalize on this strategic redirection. Yet while the U.S. entrapment in the Middle East was an important component of China’s strategic window of opportunity in the early 2000s, the times are now vastly different. Given its heavy reliance on the region’s energy supplies and its growing investment portfolio in Arab countries, Beijing seeks above all to maintain the status quo. A stable Middle East is better for China than a war that will put at risk its growing portfolio of interests in the region. In short, 2020 is not 2001, and the expansion of China’s global interests and investments mean that instability in the Middle East would come at a great cost, even if it weakens U.S. capacity to engage in rivalry with China.

Consider China’s energy demands. Unlike other great powers with interests in the region, such as Russia and the United States, China is not a net producer of hydrocarbons but rather a large consumer, with imports accounting for 70 percent of its overall oil consumption. Indeed, for the better part of a decade, China has been the main driver in global oil demand, and according to one estimate, “China accounted for approximately 43% of global incremental oil demand growth between 2009 and 2015.” In 2017, China overtook the United States to become the largest importer of crude oil, and as it continues efforts to boost living standards and shift toward increased domestic consumption, not to mention stabilize its slowing economy, it will prioritize access to a stable and predictable supply of energy.

While Russia is China’s top source for crude oil, more than half of its crude oil imports come from OPEC members. Saudi Arabia, Iraq, and Oman are the three largest Middle Eastern providers of oil to China, accounting for nearly one-quarter of its total oil imports. Iran itself provides China 585,400 barrels of crude per day, accounting for roughly 6 percent of this total number. And while customs data show Chinese oil imports from Iran plummeting last year, this number failed to capture Iranian oil shipped to Malaysia and reexported to China in order to evade sanctions put in place by the Trump administration.

Any interruption to this supply, even one stemming from a U.S. intervention in the region, would be extraordinarily costly for China in the short run. As our colleague Jon Alterman said in a recent congressional testimony, “The region’s chokepoints—the Strait of Hormuz, the Bab al-Mandeb, and the Suez Canal—are China’s chokepoints.” While Beijing is actively striving to shift the Chinese economy to more sustainable sources of energy, the fact remains that the country has nearly 300 million gas- and diesel-consuming cars on the road that require access to gasoline today.

There are more than just energy supplies at stake for China. Currently, an estimated half million Chinese citizens live and work in the Middle East, and as a People’s Liberation Army-led effort to evacuate nearly 35,000 civilians from Libya in 2011 demonstrated, the logistical realities of an expanding overseas footprint are considerable. Add to this China’s growing investment portfolio in the region, with more than $23 billion in loans and aid pledged to the region in 2018 and $28 billion in investment.

These realities underpin Beijing’s clear and consistent calls for restraint by both the United States and Iran over the past week. As Chinese foreign minister Wang Yi said on January 4, “Peace and stability in the Middle East and the Gulf region should be safeguarded.” Put another way, China now has too much at stake in the region to see it devolve into chaos.

Jude Blanchette is the Freeman Chair in China Studies at the Center for Strategic and International Studies (CSIS) in Washington, D.C. Bonnie Glaser is senior adviser for Asia and director of the China Power Project at CSIS. 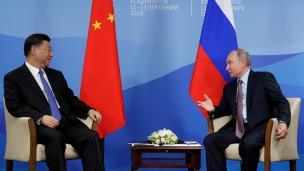 What’s Next for the China-Russia Relationship?
February 23, 2022
In the News 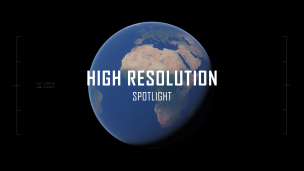 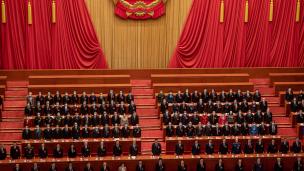 Pulling Back the Curtain on China’s Maritime Militia
November 18, 2021
In the News

China’s Xi Jinping, preparing for a third term, shuts the door on the past
Washington Post | Christian Shepherd
November 5, 2021
View all content by this expert