Beyond the Headlines: The U.S.-Brazil Relationship

The turmoil in Brazilian politics has reached a head with the potential impeachment of President Dilma Rousseff , as the economic crisis and allegations of corruption continue to brew. These temporary roadblocks, however, do not change the underlying fact that U.S. interests in Brazil and Brazilian interests in the United States are converging. No matter what the next U.S. or Brazilian administration looks like, these shared values transcend political lines as well as the current challenging political and economic environment. For the United States to fully engage in a two-way partnership with Brazil, policymakers should look beyond the current headlines in Brazil, which focus on economic, political, and health crises, and instead focus on the commonalities between the two nations. A deeper relationship with the United States would not only alleviate Brazil’s current troubles, but would also help forge a long-term partnership that advances U.S. interests in the region.

In 2012, CSIS published an article on middle-income countries and their goals for partnership with the United States. These countries neither want nor require traditional foreign assistance from the United States, but rather engagement and cooperation. A new partnership with Brazil represents an opportunity for the United States to apply these findings; Brazil has expressed a desire for engagement and equal partnership. There are several ways the next U.S. president and the Brazilian administration could step up their relationship, but the three most important are outlined below: deepening trade–especially in high-growth sectors, partnering on the Zika virus, and investing in educational opportunities.

Trade Is the First Step

The facet of the U.S.-Brazil relationship that has seen the most attention in the past few years is our relationship through trade. A dialogue between the United States and Brazil on trade law and partnership exists and is only getting stronger; the United States is Brazil’s second-largest trading partner after China since 2009, before which the United States was Brazil’s largest trading partner . However, the Brazil-China relationship is one sided and focused on extractive and low-skilled industries such as mining, meat, and soy, rather than the noncommodity, more value-added industries that Brazil hopes to encourage within its borders. The United States, on the other hand, has become the first destination for Brazilian manufactured and semi-manufactured exports.

Brazil must be part of the solution for feeding the growing population, which will require food for over 9 billion people by 2050. Brazil is an ideal global partner for research in agricultural advances; Brazil and the United States have worked together in the past to open markets in agriculture while forging a lasting partnership in agricultural research and development.

A Trade Relationship that Extends beyond Commodities

More than a simple trading partnership, Brazil is looking for an economic partnership with the United States that fundamentally changes the nature of Brazil’s economy: Brazil wants a partnership in sectors that foster innovation and growth from noncommodity sectors. In particular, Brazil has zeroed in on science and technology in order to encourage a culture of invention and creativity—a “ Brazilian Silicon Valley.” Brazilian policymakers understand that this kind of innovation cannot be “bought off the shelf” and requires a paradigm shift in the way the Brazilian economy and educational system function.

Looking to add value and jobs to its economy, Brazil has turned its focus toward the flourishing creative sector. This growing slice of Brazil’s economy accounts for 10 percent of the country’s GDP —twice the share of the agriculture sector. The United States serves as a more attractive trading partner than China, partly because U.S. trade interests in Brazil focus more on technology, science, and long-term investment than the Chinese interests. Additionally, access to U.S. markets is a valuable resource in itself: from 2004 to 2012, the two-way trade of goods and services more than quintupled, from$18.7 billion to $107 billion. With a renewed effort from the United States, it is possible that Brazil will return to the table to negotiate a free-trade agreement, possibly leading the way on a hemispheric agreement. The ongoing commercial dialogue, currently focused on trade facilitation and a single window for international trade, is a first step toward more ambitious goals, laying the groundwork for a free-trade agreement in the future.

Education partnerships represent an unlikely but highly important shared interest between the United States and Brazil. During President Dilma Rousseff’s visit to the White House in 2012, she and President Obama discussed plans to expand the U.S. Fulbright program, encourage Science without Borders’ mission, and fortify the U.S.-Brazil Partnership on Education. The Partnership encourages information sharing and interoperability between institutions in the two countries, facilitating international education and ensuring a high quality of learning from well-trained teachers. Compatible education programs means that as students grow, they recognize the importance of the U.S.-Brazil relationship and become interested in working and learning more about this key friendship.

One endeavor with long-term benefits for both the United States and Brazil is the Science without Borders program, which seeks to educate over 100,000 young Brazilians in international institutions who can then return to their hometowns and start businesses, invent new products, earn advanced degrees, and become leaders in business, research, and politics. Many of these students are coming to the United States; in 2014, over 10,000 Brazilian students enrolled in U.S. graduate programs. Brazil sent more students to schools in the United States than any other South American country, and it comes in 10th on lists of countries of origin for students studying abroad , behind China, India, and Mexico. However, Brazil’s English proficiency is ranked 41 out of 70, with only 51 percent of Brazilians fluent in English. Improving English language education is high on the list of Brazil’s priorities, not only to help with preparation for the Rio Olympics in 2016 but also to participate more deeply in the global economy.

Zika: Encouraging a Partnership at the Intersection of Health and Technology

The spread of the Zika virus is now far beyond Brazil’s borders. It has already spread to 39 countries and territories, with over 200 cases recorded within the United States, and has been declared a global health emergency by the World Health Organization (WHO). President Obama has asked for nearly $2 billion to fund Zika research, but further action will be required to contain the disease. While Zika is certainly a “headline” issue, because of the energy and focus surrounding the outbreak, it represents an opportunity, albeit an unfortunate one, for the United States and Brazil to work together.

Containing and studying Zika encourages Brazilian and U.S. scientists to learn from and with each other, paving the way for further cooperation with the growing medical and scientific community in Brazil. Zika enables Brazilian medical experts to prove themselves internationally; the virus put Brazilian technology in the spotlight, showcasing medical advances made by Brazilian doctors and researchers. Brazil has several biomedical institutes and research centers, such as Butantan and FioCruz, which are partnering with the Centers for Disease Control (CDC), National Institutes of Health (NIH), National Institute of Allergy and Infectious Diseases (NIAID), and other U.S. institutions in order to develop a vaccine against Zika.

Now Is the Time to Invest in Shared Interests

If we look beyond today’s headlines, Brazil experienced an economic renaissance in the early 2000s. Bolsa Familia, a successful conditional cash transfer program, has reduced Brazilian extreme poverty by half (from 9.7 percent to 4.3 percent) since its launch in 2003. Despite its significant economic downturn, Brazil’s huge middle class is growing—in the last decade, over 50 million Brazilians have risen to middle-class status. With a diverse and sophisticated economy featuring household names like Embraer, Cutrale, Havaianas, and many others, the Brazilian “brand” has improved dramatically and is increasingly associated with quality, design, and creativity. Brazil’s economy has growth potential, and the United States should encourage growth through involvement and commitment to Brazil’s future.

The United States needs to focus on creating a structured, reliable relationship based on our shared interests. While Brazil’s economic and political problems create vulnerabilities within their borders , these crises offer an opportunity for a better partnership that goes beyond surface issues and lasts for generations. Brazil’s territory is larger than the continental United States; it is endowed with vast natural resources, human capital, and as the fifth most populous country in the world, it cannot be overlooked as the United States increasingly seeks global partners.

Brazilian policymakers are focused on long-term opportunities with the United States, not on the short-term headlines of economic or political setbacks. Brazil is becoming a willing and capable partner, and current and future U.S. administrations should double down on a commitment to cooperation and lasting partnership. 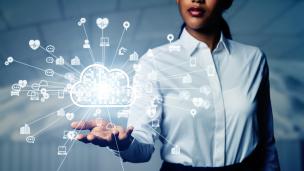 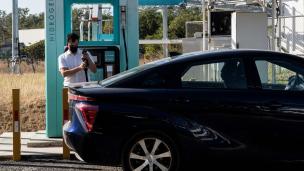