President Joe Biden has followed through on a campaign pledge by introducing a moratorium on new oil and gas leasing on federal lands and waters. With nearly 25 percent of U.S. oil and gas production coming from federal lands, the policy shift may have significant implications for future investment and production. The backlash from oil and gas producing states will be fierce and lawsuits have already begun, but the Biden administration views this policy as a key part of its climate agenda and is unlikely to change course.

Q1: What changes has Biden made?

A1: In a January 27 executive order that introduced a sweeping, government-wide approach to climate policy, Biden announced several new oil and gas policies. The Biden administration is halting new oil and gas leasing on federal onshore lands and offshore waters “to the extent consistent with applicable law.” This pause will not affect existing operations or permits for existing leases, and private lands will not be affected. The Department of the Interior states that Native American tribal lands will be exempted. Biden has also directed the secretary of the interior to consider whether to adjust coal, oil, and gas royalties in order to account for corresponding climate costs, suggesting the possibility of a royalty increase. Biden ordered the Department of the Interior to take steps toward conserving 30 percent of public lands and waters by 2030 and toward doubling offshore wind production in the same timeframe. These moves follow executive orders that halted implementation of a leasing program in the Arctic National Wildlife Refuge and effectively suspended new leases, contracts, or drilling permits for at least 60 days. Biden’s January 20 executive order also withdrew the permit for the Keystone XL pipeline and directed agencies to consider new rules to curb methane emissions from oil and gas. Last, Biden has directed government agencies to work toward eliminating fossil fuel subsidies by fiscal year 2022.

Q2: How will this affect U.S. oil and gas production?

A2: Federal land accounts for about 24 percent of oil and gas production in the United States, mainly in the offshore Gulf of Mexico. But since companies with existing leases will not be affected, the near-term impact on exploration and production as well as royalties to states will be limited. With more than 26 million onshore acres and 12 million offshore acres already under lease, there is a deep inventory of exploration opportunities. Companies may have secured more onshore and offshore permits in recent lease sales in anticipation of a policy change by the Biden administration. A more permanent leasing ban would have a significant impact, although visible offshore production declines may not materialize for up to 10 years, given the typical timeframe for planning, exploration, appraisal, and development. Onshore production declines could conceivably show up faster, but leases typically last for 10 years and drilling activity on recently acquired leases may not begin for some time. A permanent ban on new leases would affect numerous states with oil and gas resources. New Mexico—home to the prolific Delaware Basin—is an exception to the rule that most shale oil and gas resources are found on private lands, and the state accounts for more than 60 percent of existing federal drilling permits. Rocky Mountain states including Wyoming, Colorado, and Montana would take a hit from a permanent leasing ban. The Gulf States would be harmed by declining exploration and production due to lower royalties, as well as the impact on the oilfield services sector and related industries. In general, a leasing ban on public lands would drive more investors to private and state land.

Q3: Will this lead to a permanent leasing ban on public lands?

A3: The leasing moratorium is likely just the beginning of a significant policy shift. The president has asked the Department of the Interior for a comprehensive review of the federal oil and gas program, and directed government agencies to examine the climate impact of future oil and gas activity on public lands. These reviews are likely to generate new rules and guidance. The Bureau of Land Management (BLM) could potentially impose stricter requirements for future resource management plans for onshore areas, perhaps by introducing tougher climate impact assessments in the National Environmental Policy Act reviews of proposed land use plans. Applications for permit to drill (APDs) on federal lands are typically granted for two years and are often extended. In the future, however, the BLM could impose tougher requirements related to gas flaring or water management that will make it harder for onshore operators to secure new drilling permits. The Bureau of Safety and Environmental Enforcement could take the same tack with offshore APDs. The exact rules and guidance that may emerge are difficult to predict. But aside from outright bans on new leasing, there are many ways to raise the regulatory bar so high that it could be difficult for companies to operate on federal lands.

Q4: How are resource states reacting? 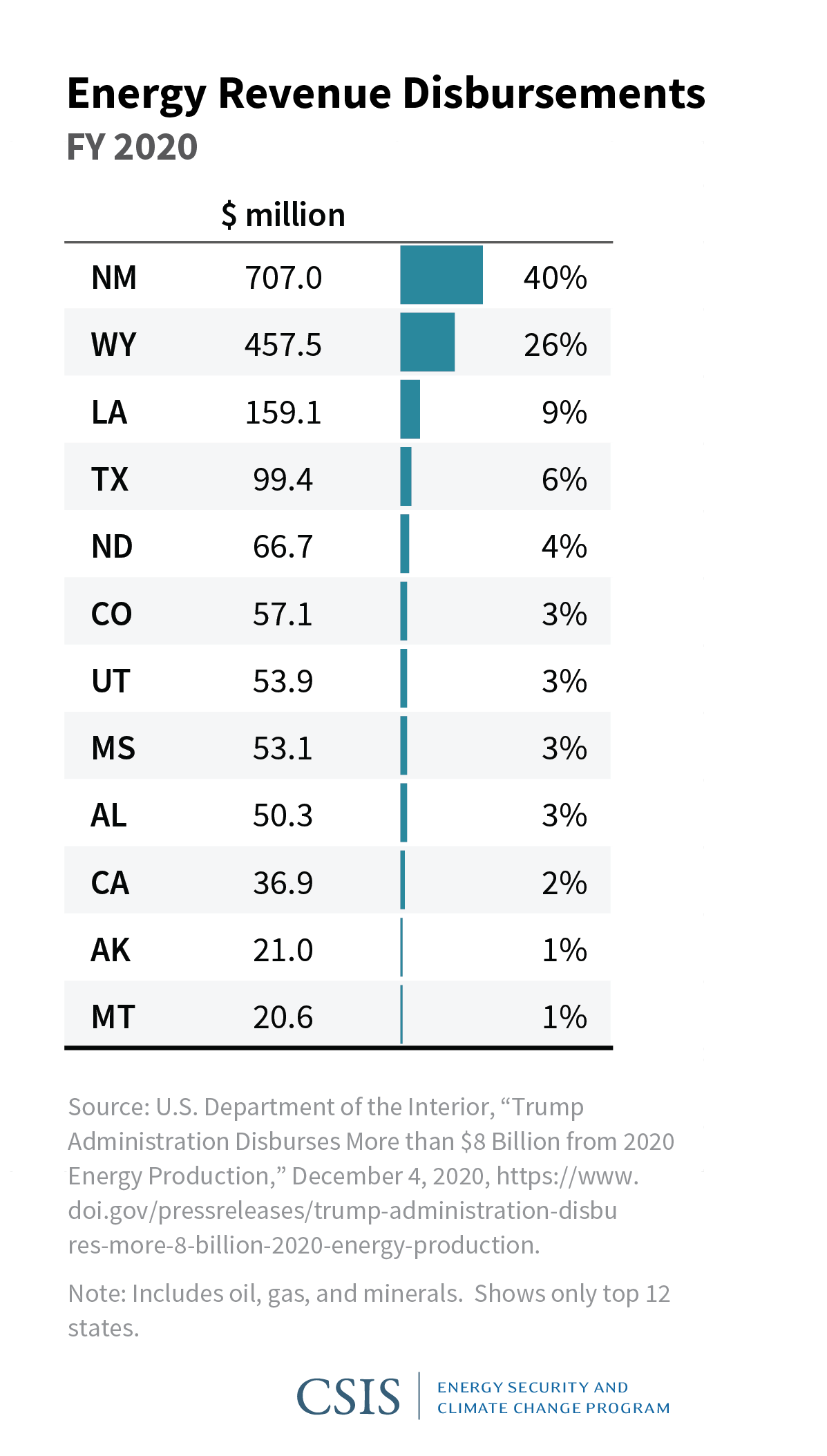 A4: Industry associations object to Biden’s executive orders, arguing that they will deter investment, kill jobs, reduce state revenues, and shift oil and gas production to other countries. Legal battles have already begun. Lawmakers in states like Alaska, Wyoming, Montana, and the Gulf Coast states have vowed to contest Biden’s plans, and may argue that laws including the Mineral Leasing Act require regular lease sales on public lands. Some governors may seek exceptions to the ban on leasing, but such efforts seem unlikely to succeed. The Biden campaign made these pledges to halt new leasing months ago and knew they would generate a backlash. The administration is determined to push ahead with its climate and energy priorities and emphasizes the number of new jobs that will be created in expanding renewable energy and associated infrastructure.