As the Biden administration sharpens its strategy on China, it must end the United States’ neglect of two potent but often misunderstood forums: the Asia-Pacific Economic Cooperation (APEC) and the Association of Southeast Asian Nations (ASEAN). These existing frameworks offer critical opportunities for the United States to maximize its influence and impact across the region.

Most urgently, the United States should immediately seek the chairmanship of APEC in 2023, the earliest available year, and then work with both organizations to build a robust slate of programs addressing the economic development challenges of emerging Asia.

The Trump administration’s track record with APEC and ASEAN was uninspiring at best. Some of this reflected bad luck, with APEC experiencing hard times in 2018 (it was chaired by its weakest member Papua New Guinea) and in 2019 (the summit meeting was canceled due to riots in Chile), as well as in 2020 (Covid-19 forced APEC online). Despite showing rhetorical interest in contesting China’s regional leadership, President Trump exhibited little interest in the hard work of Indo-Pacific multilateral diplomacy. He only deigned to meet with the APEC and ASEAN heads of government during his first year in office in 2017, instead dispatching a variety of deputies to contend with China’s top leaders. Trump’s four years were also a fallow period for meaningful U.S. initiatives in either body, missing any chance to highlight the economic utility of the United States to Indo-Pacific nations.

Washington’s cognoscenti know less than they should about APEC and ASEAN. Some only recognize APEC for its occasional (and silly) tradition of outfitting participants in the host nation’s traditional garb. But the work of both organizations is detailed and highly serious, as members share ideas and agree on best practices on trade, finance, investment, human resource development, and the environment—resulting in a broad assortment of sector-specific understandings.

APEC’s work has led to global-scale achievements, such as the Information Technology Agreement that boosted worldwide trade in computers, and APEC’s inspirational 2011 agreement on cutting tariffs on environmental goods. APEC is also the birthplace of transformational regional ideas like the 11-member Trans-Pacific Partnership (TPP) trade agreement—which the United States carefully cultivated for close to a decade before regrettably pulling out in 2017. ASEAN, meanwhile, remains the driving force behind the 15-member Regional Comprehensive Economic Partnership (RCEP) agreement, which was concluded in 2020 and includes China but excludes the United States.

Indeed, APEC and ASEAN are particularly important in light of the United States’ political handcuffs on trade policy. Due to its highly partisan and gerrymandered politics—with both parties chasing votes in the de-industrialized Upper Midwest—the likelihood of the United States returning to the TPP with an offer that is acceptable to the member nations is rather low.

One thing that is clear is that, under the Biden administration, Washington remains highly focused on “countering” China’s rise. But in the eyes of Indo-Pacific nations, accomplishing this objective is as much—or more—a matter of economic relationships and business ties than it is a question of projecting military strength or of showing consistency and determination in speaking out against authoritarianism.

Indeed, the real sweet spot for U.S. policy in the Indo-Pacific centers around the nation’s ability to work with friends and allies on China-relevant—but not necessarily China-specific—economic initiatives. These initiatives must be positive-sum in nature, relevant to private sector growth, and create rather than constrain economic opportunities for the likes of Indonesia, Vietnam, Malaysia, Thailand, and the Philippines.

In practical terms, this means sawing off the sharp edges of China’s impact on how the rest of Asia does business—without always directly attacking China. Success will require powerful regional initiatives in priority areas such as digital economy rules for sensitive issues like information privacy, tackling the problems of corruption and politicized infrastructure financing worsened by China’s Belt and Road program, and countering subsidies and unfair competition by state-owned enterprises.

There are some good ideas already in circulation. The new Digital Economy Partnership Agreement (DEPA) among New Zealand, Chile, and Singapore addresses digital services, e-commerce, cross-border data, and data privacy and trust. Leveraging regional approaches in Washington’s work with APEC and ASEAN would be the smartest way to project American values on matters like state control of information, the ethics of artificial intelligence, or even on fair e-commerce taxation. Regarding environmental issues, 2021 APEC host New Zealand is steering the organization toward useful work on climate-related issues like lowering excessive fossil fuel subsidies.

So what would it take for the United States to host APEC in 2023? All it takes is raising its hand—likely prompting a chorus of “thank yous” from the region. Most APEC members look back fondly on the United States’ “Get Stuff Done” approach to chairing APEC in 2011.

There is some urgency, however. The hosts for 2021 and 2022 are already chosen. So if the United States does not act before this coming summer, it could lose its chance and be faced with the unwelcome prospect of trying to run APEC in 2024, an election year, or waiting until 2025 or thereafter. Fortunately, there is strong U.S. business community support for hosting APEC in 2023, as manifested by the private sector-run National Center for APEC. There is also intellectual help available from the U.S. Committee for the Pacific Economic Cooperation Council. When I campaigned from inside the Bush White House for the 2011 opportunity, I was also asked many times about the cost to the U.S. taxpayer. The actual government price tag for 2011, however, turned out to be about the same as a single Osprey vertical-lift cargo aircraft.

The APEC 2023 agenda could tackle a variety of U.S. priorities, from building transparent and resilient supply chains to tilting trade and investment toward better environmental and climate outcomes.

As for ASEAN, one sensible approach—in addition to showing up for summit meetings—would be to play to U.S. strengths by presenting the United States as the go-to partner for Southeast Asia on matters related to renewable energy, environmental protection, green finance, and climate change impact mitigation. The United States has made attempts to work with ASEAN before, most notably the “U.S.-ASEAN Connect” program of the late Obama years. But the key going forward will be to properly resource any initiatives and to work in close concert with experts at the ASEAN Secretariat in Jakarta.

President Biden’s policy architects have a lot of good ideas for his Indo-Pacific strategy. But as with any building project, the president will need both talented artisans and effective tools to bring his blueprint to fruition. APEC and ASEAN are just such useful tools.

Ambassador Kurt Tong is a senior adviser (non-resident) with the Economics Program at the Center for Strategic and International Studies and a Partner at The Asia Group, LLC. Previously, he served as the top U.S. official responsible for APEC from 2009 to 2011. 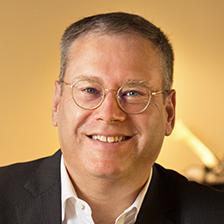 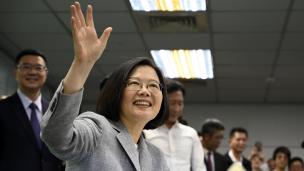 Now Is the Right Time for a Trade Agreement with Taiwan
By Kurt Tong
May 27, 2020
View all content by this expert