Last week featured two announcements from former vice president Biden—a piece on rebuilding supply chains and another one on a component of his “ Build Back Better” economic agenda focused on U.S. manufacturing entitled “Made in All of America.” Both of them take a broad approach to economic recovery, but they raise trade issues along the way.

First, they put trade in context. Unlike the current president, trade policy is not an end in itself and not a cure for all our problems but rather an important piece of a comprehensive approach to restarting the economy post-pandemic. In that regard, the first piece discusses how to use the federal government’s purchasing power to rebuild supply chains. The second focuses on creating the jobs of tomorrow through investing $300 billion in research and development (R&D) on advanced technologies (half of it related to clean energy) to create “high-quality” jobs.

This is a recognition of the fact that, first, we can control our own economy, not China’s, and our primary focus should be on things we can fix and not things that we cannot. Second, it is a reminder of my mantra that is beginning to catch on: if you’re in a race, there are only two ways to win—run faster or trip the other guy. The Trump policy has been focused entirely on the latter, and while it is an important part of any comprehensive strategy (and is part of Biden’s), it is not as important as running faster.

Greater government support for R&D is not a new idea, and it is becoming more widely accepted in both parties as a necessary measure to enhance our security and to compete effectively with China, which is massively subsidizing companies in selected critical sectors. The security argument has made it possible to sell the idea to conservatives who have historically resisted the concept as too much government interference in the economy.

The new element in Biden’s supply chain and “Made in America” plans is enhanced use of the federal government’s purchasing power to achieve policy objectives including stockpiling personal protective equipment (PPE) equipment and other critical medical supplies, so we are better prepared the next time around and facilitating the development of U.S. critical technology capabilities through a $400 billion enhanced “Buy American” government procurement program. These programs serve two purposes—making sure we are better prepared for future crises and using government purchases to create demand for American-made cutting edge products.

The latter is a creative way to deal with the problem of potential market capture by foreign products that benefit from subsidies. While Biden supports using existing trade laws to combat subsidies and dumping, he is aware that relief can be too little too late. Making the government a prime customer is a quicker way to tackle the same problem.

This policy is not without issues, both substantive and political. Substantively, there will be complaints that it is little more than industrial policy with lipstick, that it lacks a clear definition of critical products and supply chains, and that government procurement is not an effective demand generator. Critics will also point to the high costs of maintaining surge production capacity in normal times and of stimulating supply in excess of demand. In short, don’t mess with the market. The most telling of those is the lack of clear definition of “critical.” For some—Peter Navarro comes to mind—almost everything is critical, so without a precise definition and a process for reviewing it periodically, we risk heading towards autarky and protectionism, which is not good for anybody.

Politically, President Trump has already accused Biden of plagiarism, presumably because of the plan’s emphasis on domestic production and domestic procurement. Biden’s response will be what it has been for the past year—that the president’s policies have failed to produce any positive results at the same time they have caused a lot of collateral damage, and that the Democrats will do it better.

Finally, almost as an aside, the Biden campaign has suggested that these efforts to restore the domestic economy must come first and that trade negotiations will have to wait. This is the political equivalent of saying they can’t walk and chew gum at the same time, and it is a mistake. First, it is quite possible that ongoing negotiations with friends and allies like the United Kingdom, Japan, and Kenya will not be done by January 20. Putting them on the backburner risks offending countries with which we want to maintain good relations and foregoes important market access opportunities. Second, other urgent trade issues are not going away. Trade promotion authority will expire next June 30. The Twelfth World Trade Organization (WTO) Ministerial Conference will occur next June with the WTO in the midst of multiple crises, which will not be solved in the current administration, and the problem of China will remain. These are not issues that can, or should, be put off until later, and we can be confident a new administration will not ignore them, despite what it says now. 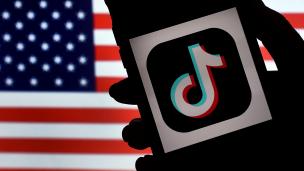 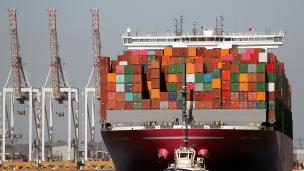 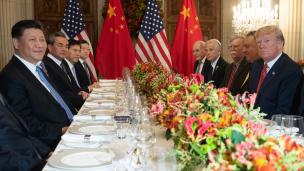 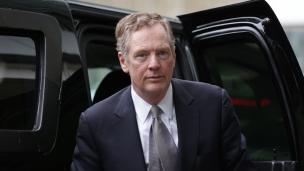 Plurilateral or Multilateral?
By William Alan Reinsch
July 20, 2020
In the News

China may want Trump to get reelected as U.S. president
CNBC | Street Signs Asia
July 2, 2020
View all content by this expert