China continues to strengthen its position along its disputed border with India. At several locations on or near the Line of Actual Control (LAC), the People’s Liberation Army (PLA) has amassed troops and fortified many of their installations. Beijing is also bringing much-needed infrastructure to the region. Key among these investments is a new bridge designed to span a section of Pangong Lake (also known as Pangong Tso), which promises to support the movement of personnel and goods in one of the most inhospitable environments on the planet. 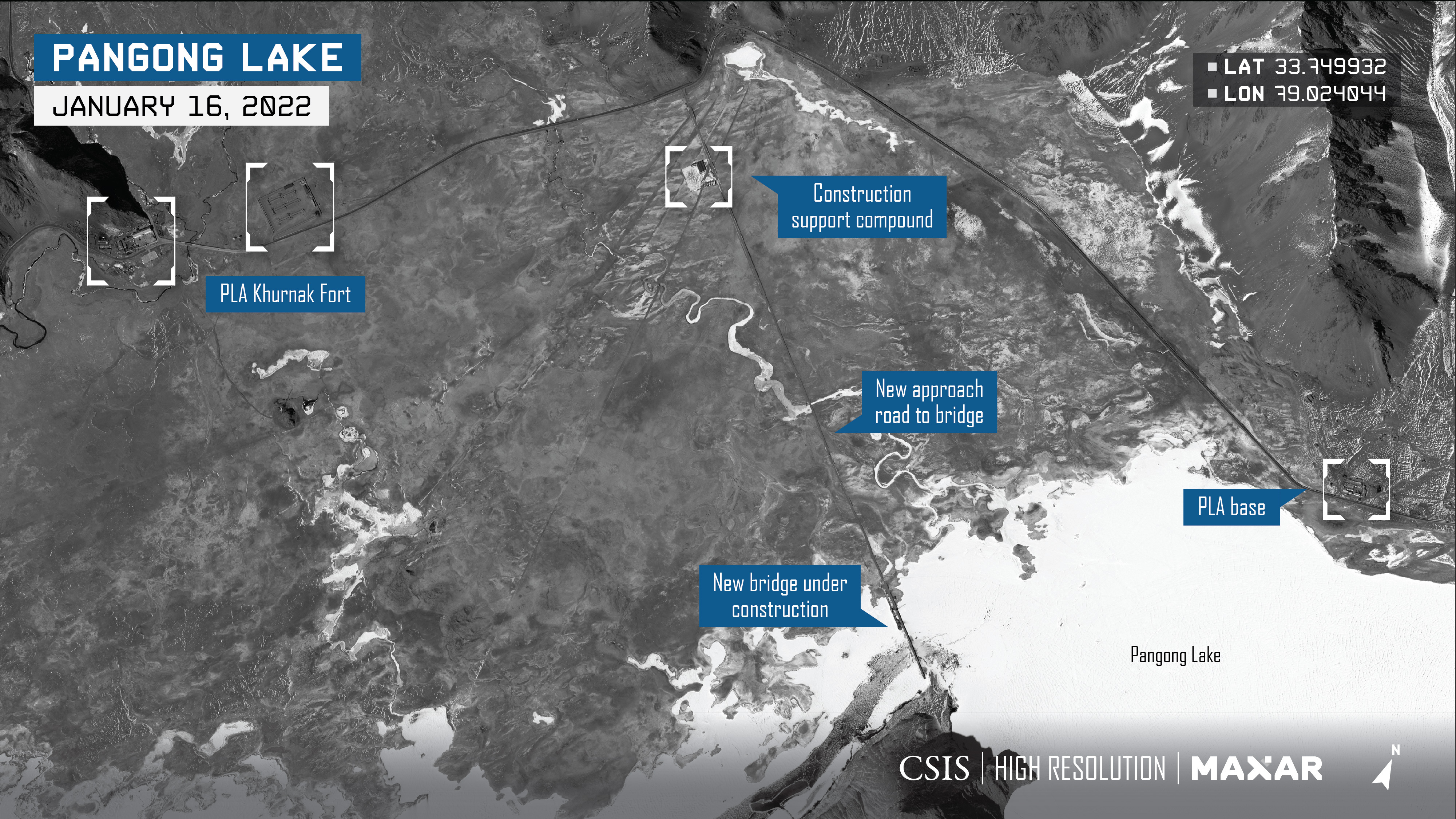 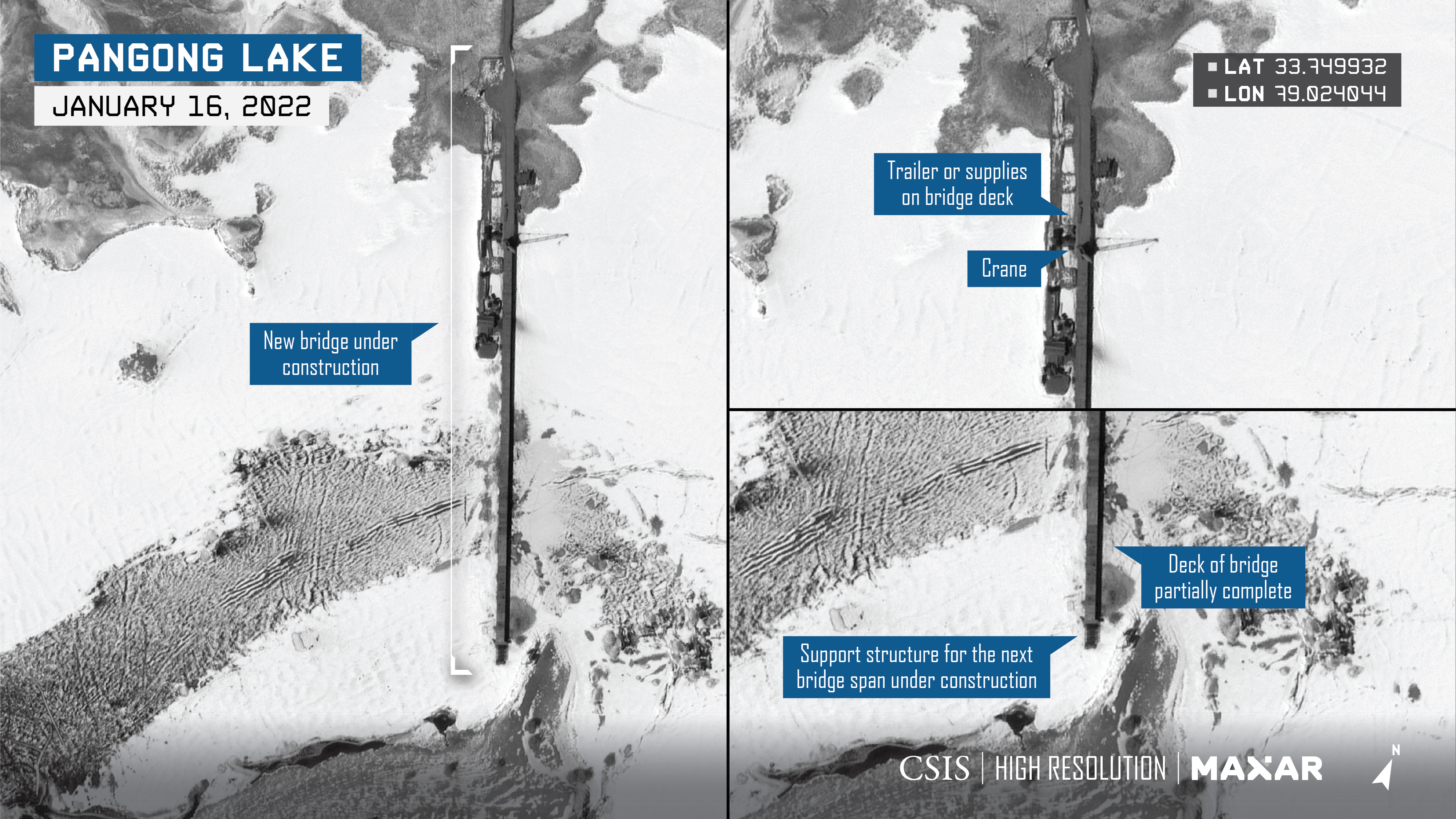 Satellite imagery reveals that construction of the bridge began sometime in late 2021—likely in October—and work remains underway. Imagery captured on January 16, 2022, shows the bridge extending across a roughly 300-meter portion of the frozen, boomerang-shaped lake. A new support road and construction facilities are also visible leading up to the bridge on the north bank. Imagery from February indicates that initial work on the bridge has continued despite the harsh conditions, with just a small gap remaining between the bridge and the southern bank. China has yet to build a road that will connect the new bridge with existing routes on the lake’s southern side.

When finished and linked up with new routes, the bridge stands to significantly speed up movement of PLA forces on both sides of the lake. Rather than maneuvering around the eastern end of the lake, PLA forces will be able to move directly north-south over the bridge. Troops moving between Khurnak Fort (on the north side) and areas along the LAC on the south side of the lake could see their travel time cut from 12 hours to roughly three or four hours. The bridge will also add a new route connecting Khurnak Fort and surrounding facilities with the PLA’s largest base in the vicinity, at Rutog. 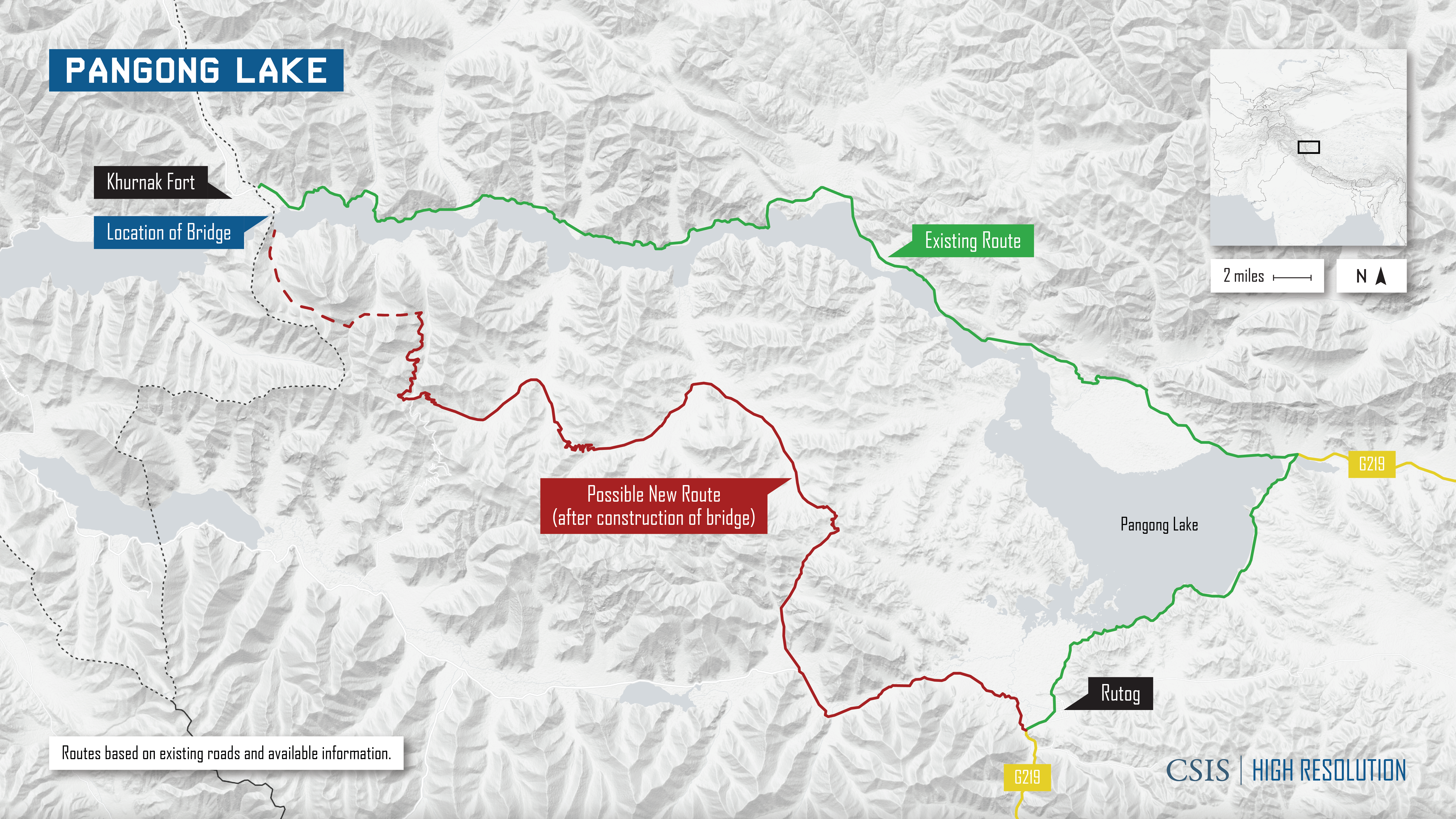 This construction is just one part of China’s broader push to enhance its position and project power in hotly contested areas. Just under 25 kilometers to the west of the bridge, over two dozen Chinese and Indian troop positions zigzag along mountainous “fingers” that jut out into Pangong Lake near the LAC. Further afield, China is undertaking sweeping efforts to shore up its military power at several key points along the LAC, stretching from western Xinjiang to eastern Tibet.

To learn more about China’s military buildup along its western frontier, stay tuned for a forthcoming study by the China Power Project.