In September, the UN Food and Agriculture Organization reported that food prices are 26 percent higher than a year ago and that the prices for staple grains, the main foods for the world’s poor, are 36 percent higher than 12 months ago. Oxfam International warned that since late 2010 high food prices have forced millions into poverty and that the world’s hungry could again surpass 1 billion.

In the United States and Europe, the impacts of these high prices have been minimal. American families, for example, spend on average 13 percent of their disposable incomes on food. As prices rise, families adjust their purchases toward less expensive or alternative products. In the developing world, such options seldom exist. Households living at the poverty level, making less than $1.25 a day, spend up to 80 percent of their disposable incomes on food. As food prices rise, families cut back on purchasing fruits, vegetables, and meat products and purchase only staples. Unfortunately, staple crops like wheat, maize, and rice are low in micronutrients such as vitamin A, iron, and zinc.

As families near the poverty level are forced to restrict their food purchases to staples, their nutrition levels decline, and the incidences of micronutrient malnutrition, already high, begin to rise even more. Micronutrient malnutrition affects nearly 3 billion people, mostly in Africa and South Asia, and the impact is especially severe among women and children under the age of five.

Seventy-five percent of the world’s poor live in rural areas of Africa and South Asia, where they are small farmers. In Africa, 80 percent of these small farmers are women, and in South Asia women make up 60 percent of the small farmers. Micronutrient malnutrition robs these farmers of their ability to manage and work their farms and raise their families. They suffer from weakened immune systems and are more susceptible than normal to repeated infections like diarrhea and malaria. Their ability to manage their livelihoods is also crippled by anemia, impaired physical development, neurological problems, and complications in childbirth. In short, micronutrient deficiencies render these farmers less able to pull themselves, their families, and frequently their communities out of the poverty trap.
Children born to mothers with mineral and vitamin deficiencies are likely to suffer from these same deficiencies. The children are usually underweight and more susceptible to diseases, resulting in higher than normal mortality rates. Their intellectual potential is irreparably impaired, and their growth is stunted. Many of these children are prone to blindness. The young girls have inadequate diets growing up and later enter pregnancy malnourished. And the cycle repeats.

Biofortification is one solution that can significantly reduce the scourge of micronutrient malnutrition. Through plant breeding, the level of minerals and vitamins in staples can be increased without reducing the crop’s agricultural production levels. Biofortification of staple crops is an effective option to reach large numbers of rural poor scattered across isolated areas of Africa and South Asia. After the initial outlay of funds, the recurrent costs are minimal. Biofortification of staples is a cost-effective method to reach tens of millions of people on a sustainable basis.

The leader in biofortification since 2003 has been HarvestPlus, a program of the Consultative Group on International Agricultural Research (CGIAR). HarvestPlus has chosen to focus on three micronutrients—vitamin A, iron, and zinc—that are particularly important for women and children, as well as on seven staple crops—beans, cassava, maize, pearl millet, rice, sweet potatoes, and wheat. HarvestPlus uses conventional plant breeding to develop its biofortified crops.

HarvestPlus verifies that biofortified crops can improve the micronutrient status of women and children under controlled conditions. HarvestPlus has identified countries for its initial releases of its biofortified crops. Sweet potatoes with vitamin A have been released in Uganda and Mozambique. In 2011, cassava enriched with vitamin A will be available in Nigeria and later in the Democratic Republic of Congo. In 2012, beans high in iron will be released in Rwanda and then in the Democratic Republic of Congo. Also in 2012, maize rich in vitamin A will be planted in Zambia, and pearl millet high in iron and zinc will be available in India. In 2013, rice fortified with high levels of zinc will be offered in Bangladesh and later in India. Also in 2013, wheat enriched with zinc will be released in India and later in Pakistan.

In these test countries, seeds initially will be distributed through networks of nongovernmental organizations, government extension agencies, and seed companies. Often this will be in the form of subsidized demonstration packs so that farmers can see if they like the variety. They can decide if they are satisfied with its yield and see how it tastes when eaten. Later, adopting farmers will obtain the seeds from seed companies at the same price as the varieties they currently use.

Experts tell us that price fluctuations of staple crops are going to be a regular feature of the international commodity landscape in the future. Micronutrient malnutrition likely will be one of the unwanted results of this volatility. The international community has a newly tested technology to counter micronutrient malnutrition that affects a third of the world’s population. Importantly, this is also a viable nutritional tool to reach people caught in conflict situations and in immediate post-conflict environments. With the support of the international community, biofortification can contribute to a significant improvement in the nutritional well-being of the world’s poor.

Ambassador William J. Garvelink is a senior adviser with the Project on U.S. Leadership in Development at the Center for Strategic and International Studies in Washington, D.C. 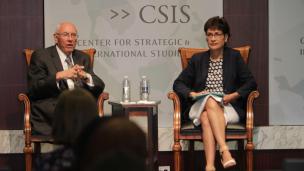 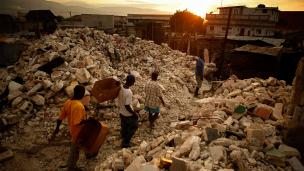 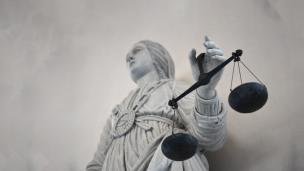