One of the longest-running trade disputes in history now appears to be moving to the end game—maybe. The dispute between Boeing and Airbus, now in its sixteenth year of formal dispute settlement, seems to have come to the end of its World Trade Organization (WTO) road and is moving to where we all knew it would go eventually—direct negotiation between the parties. Most big disputes between big countries end up that way, and this one will be no exception.

I won’t go into the lengthy history of this dispute except to say it actually began back in the Carter administration when Boeing first raised alarm bells about European nations’ determination to create a competitor for Boeing and their willingness to use massive subsidies to do it. For some 25 years, either Boeing or the U.S. government declined to pull the trigger and initiate a formal complaint, and Airbus grew into a significant competitor. When the U.S. WTO complaint was finally filed alleging subsidization, the EU response was to file a parallel complaint alleging that Boeing had benefited from subsidies as well. The two cases then proceeded through what has been a long and tortuous path through the dispute settlement maze, with the EU complaint running months behind the U.S. complaint. That gap mattered because it meant that action on the U.S. complaint regularly happened first, giving the United States a public relations edge.

As it turned out, the WTO panels and the Appellate Body determined that both companies had benefited from subsidies, which had harmed the other. This took a long time because the issues were complex and hotly contested, and the panels and the Appellate Body took longer than they were supposed to. Subsequently, it took even longer because both sides availed themselves of every opportunity the WTO provided to argue about compliance and then retaliation. Both sides, having lost, eventually declared that they had come into compliance with the WTO decisions by removing the offending practices. (Remember that WTO decisions do not order a country to do something. If they find that a country has not met its obligations, the country must then decide whether to remove the offending action, pay compensation, or do nothing and face the possibility of retaliation.)

Of course, both sides rejected the other’s compliance assertion and asked the WTO to rule on them. And, as you might expect, in both cases, the WTO decided they had not fully complied. That set the stage for the most recent round—decisions by the WTO on the amount of retaliation each side could impose to compensate for the other’s failure to eliminate its subsidies. The United States was allowed to impose $7.5 billion in retaliation, and the European Union was allowed just under $4 billion, finally establishing that while both countries had sinned, the European Union had sinned more. The United States, which got its result last year, has imposed some tariffs but not to the full extent of the $7.5 billion permitted. The European Union still needs formal permission from the WTO to act, which it should get on October 26, and then must decide what to do.

That may be a difficult decision. Ambassador Lighthizer denounced the arbitrator’s decision as unjustified because the Washington state legislature has repealed the last offending subsidy. (The arbitrator looked at the period 2012-2015 and did not take into account subsequent events.) He also threatened further retaliation if the European Union acted, and, since the United States has not used up all of its $7.5 billion, he has room to retaliate further within the rules. More important, however, Lighthizer also indicated a willingness to negotiate and said he had sent the European Union a proposal. The European Union will likely wait until after our election to decide on its next move, and if Biden wins, they will have to decide if it is to their advantage to wait and negotiate with him.

That takes us back to where we began. Because the Appellate Body is no longer functional, there is no effective way to appeal these numbers, so unless both parties want permanent retaliation, they will have to negotiate a settlement. On that, the gap is wide. The EU position going in is that they promise to eliminate the subsidies and not give any more and that this time they really mean it. The U.S. position is that it is not good enough; the European Union must also pay compensation for past subsidies. The EU response will no doubt be that if Airbus has to pay, so must Boeing. Big payments, of course, could be fatal for either company, particularly in the midst of a pandemic where air travel has cratered.

Nevertheless, there are signs of hope. First, when negotiations are over a number, there is usually an agreement—eventually. I say $10 billion; you say zero. There is probably a number somewhere in the middle we can agree on. Second, there are variables besides the amount. Must it be an immediate one-time payment in cash, or are there other more palatable options? Third, there is the question of who gets the money. In both cases, governments paid the subsidies to their companies. If the companies are made to give the money back, who do they give it back to? It should be those who gave it to them, which is their own governments. The United States may argue the EU money should go to Boeing, but the United States lost past WTO litigation on a similar issue. Looking at the budget situation in both the European Union and the United States, it is easy to conclude that both governments might not object too strenuously to a significant reflow of funds—if they thought it could occur without harming their companies.

There are still miles to go before this is settled, but by concluding the WTO process and exchanging offers, the parties have turned an important corner. It would be nice if they picked up the pace and reached an agreement that could put this behind us. 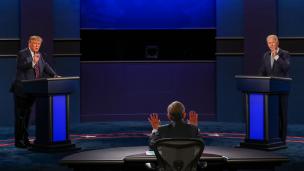 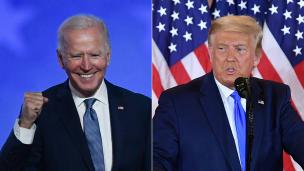 What Will Biden Do?
By William Alan Reinsch
November 16, 2020
In the News 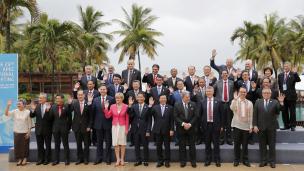