Confirmed cases of the novel coronavirus (Covid-19) exceed 6 million as of June 3 and continue to climb. To combat the virus’ spread, governments have implemented restrictions on economic activity unprecedented in peacetime. The Organisation for Economic Co-operation and Development estimates that containment measures will cause an initial decline in the level of output of 20 to 25 percent in many economies, and the International Monetary Fund (IMF) projects negative global growth for 2020 with “the worst economic fallout since the Great Depression.”

In response to this unprecedented shock, governments have pledged massive economic support, from direct payments to individuals to “limitless” loans for struggling businesses. At a March 26 virtual summit, leaders of the Group of Twenty (G20) major economies said they were spending over $5 trillion, equivalent to 7.4 percent of 2019 G20 countries’ gross domestic product (GDP), to “counteract the social, economic, and financial impacts of the pandemic.” Since then, G20 governments have added to this figure as the extent of the economic fallout has become clearer.

Developed by the CSIS iDeas Lab. Data updated through May 29, 2020, and available for download here.

The CSIS Economics Program has been analyzing and categorizing major fiscal actions taken by G20 countries to respond to the economic shock. Updated data as of May 29 show several key trends:

The CSIS Economics Program would like to thank the medical professionals, health care personnel, volunteers, delivery and grocery store workers, and others at the front line of the Covid-19 pandemic who work tirelessly to provide essential services to the public. 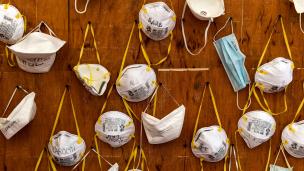 Creating Fiscal Space in the Covid-19 Era
By Stephanie Segal
April 29, 2021
In the News

The World Needs Many More Coronavirus Vaccines
New York Times | The Editorial Board
April 24, 2021
In the News

China’s bitcoin crackdown contradicts Peter Thiel’s belief that it is a ‘financial weapon’ against U.S.
MarketWatch | Chris Matthews
April 8, 2021
View all content by this expert