Caribbean Economies and the Year Ahead 2018

Caribbean economies face 2018 with mixed prospects. While overall trends are positive for most countries, a number of economies are still struggling from the damage sustained during last year’s hurricane season. The positive forces at work are a stronger global economic expansion, improving prospects for tourism, development of the oil industry in the Guiana Shield, and a strengthening in commodity prices. On the negative side are the costs of reconstruction, ongoing fiscal pressures in a handful of states, and the increasing negative consequences of an imploding Venezuela. Significant questions continue to exist as to U.S. policy in the region, spillover of Brexit, Chinese Caribbean policy, and a rising level of Russian engagement in some countries. In all of this, the Caribbean remains vulnerable to events external to the region and increasingly needs to focus on digital technology and how it can be applied to make local economies more competitive.

During much of 2017, growth prospects were generally positive, helped along by a stronger expansion in the advanced economies, stabilization in commodity prices, and a higher level of remittances from the Caribbean diaspora. The Dominican Republic led the way, though at a slower pace than the year prior due to efforts to reduce the fiscal deficit. Better tourist numbers also lifted growth prospects in much of the Eastern Caribbean and Jamaica. The laggards were Puerto Rico (with a $72 billion debt crisis), the U.S. Virgin Islands (dealing with acute fiscal pressures), Barbados (struggling with deteriorating public finances and reduced capital market access), and commodity exporters Suriname and Trinidad and Tobago.

While most Caribbean countries and dependencies were fortunate to avoid massive destruction during the 2017 hurricane season, storms Irma and Maria brought considerable disruption to Barbuda, Dominica, St. Martin (both the French and Dutch sides), the British Virgin Islands, and U.S. Virgins Islands. Category 5 Hurricane Maria in September was the worst natural disaster on record in Dominica and certainly ranks in the top 10 for Puerto Rico. Indeed, both Dominica and Puerto Rico were left effectively without economies. 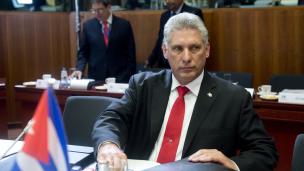