The Changing Security Structure in the Middle East

On May 26, 2016, the Burke Chair circulated a speech to the International Symposium on International Relations and Security at the Turkish War College entitled The Changing Security Structure in the Middle East.

Delivering this speech led a number of those attending to make comments and ask questions that could only be dealt with by turning it into a longer report. In addition, its circulation led a number of outside commentators to also make further suggestions and corrections.

The revised report expands the speech to cover these topics, and provide substantial additional data, figures, and tables, and is available on the CSIS web site at http://csis-website-prod.s3.amazonaws.com/s3fs-public/publication/160531_Changes_Global_Security_Structure_revised.pdf.

The following Table of Contents explains its coverage and lists the key graphs and tables used in updating and expanding the report. 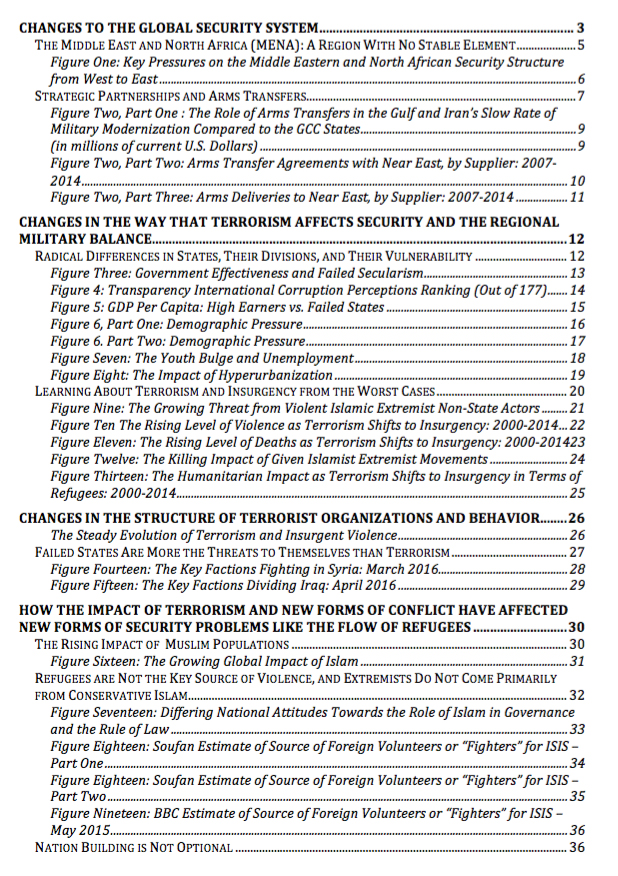