China Readies to Launch Its Newest, Most Advanced Aircraft Carrier

Satellite imagery from June 14 reveals that the launch of China’s third aircraft carrier, the Type 003, is imminent. The dry dock where the carrier is positioned is now flooded and the vessel’s flight deck has been cleared—two telltale signs that CSIS previously flagged as part of the pre-launch checklist. Additionally, the blast deflectors for the catapults are raised and the elevators are in the up position. 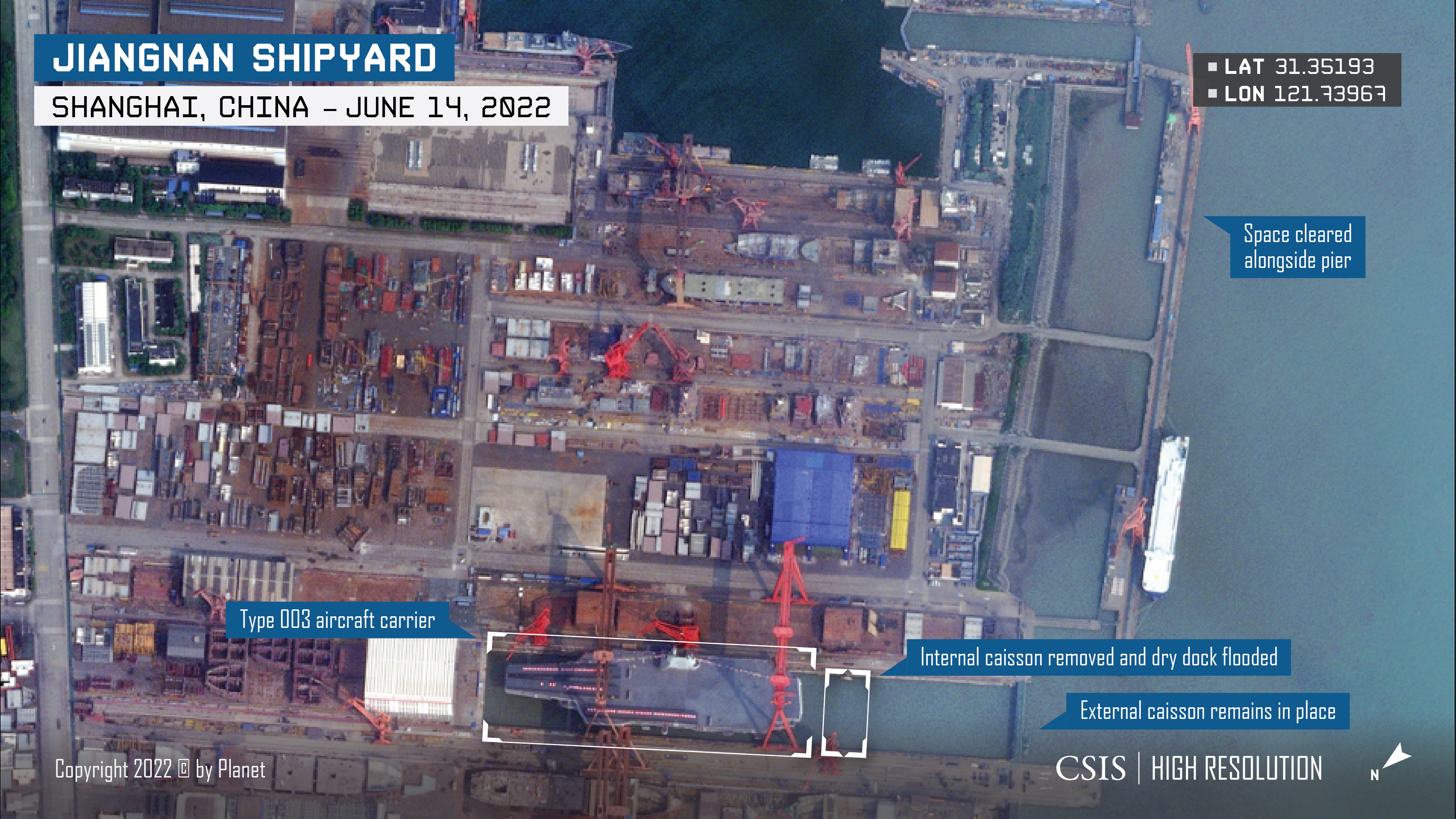 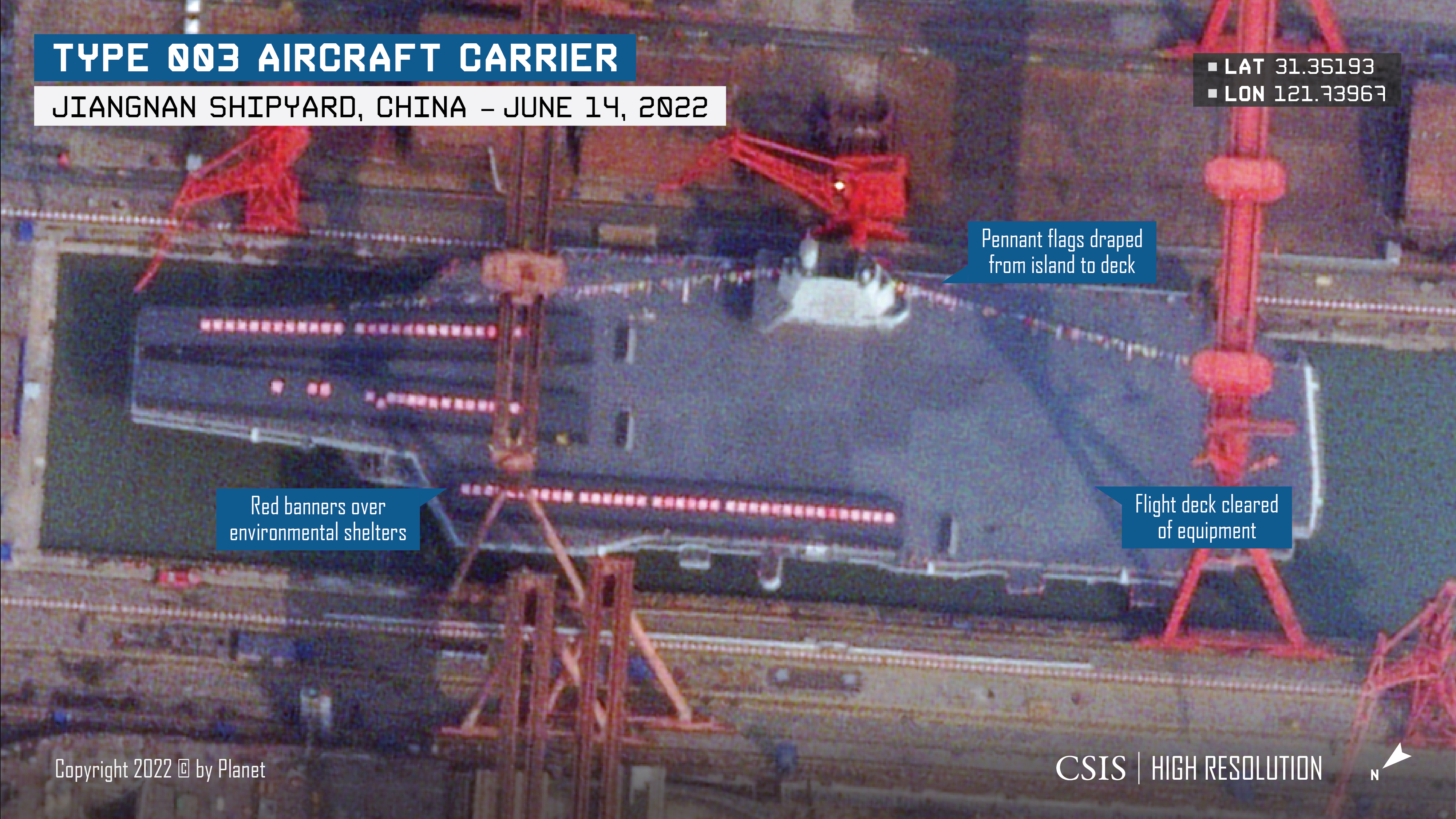 China often celebrates the launch of major surface combatants with a fair amount of pageantry, and the impending launch of the Type 003 is no exception. Workers have strung pennant flags between the island and the deck of the ship, which was also the case with China’s first two carriers at launch. Red banners or placards with Chinese characters on them have also been placed over the environmental shelters that cover the carrier’s catapults.

Once launched, work will begin on fitting out China’s newest warship. Space has been cleared at a nearby pier just to the southeast of the drydock, a possible sign of where the Type 003 may be moored once it is launched.