The Chinese Communist Party (CCP) this week held the fifth plenary session of the 19th Communist Party Central Committee. Presided over by General Secretary Xi Jinping, the primary task was to assess the results of the 13th Five-Year Plan (2016-2020) and consider the draft proposal for the 14th Five-Year Plan (2021-2025), but the meeting also provided a window into Chinese domestic politics as well as the Party’s assessment of China’s place on the world stage. As usual, the plenum was held at a closely guarded hotel in western Beijing with no access for independent media and observers. Hence, determining the major takeaways requires a bit of tea-leaf reading.

Q1: What was the purpose of the Fifth Plenum?

A1: According to the CCP’s Constitution, plenary sessions are the mandated annual convention of the full Central Committee of the Communist Party. These meetings are bookended by the quinquennial Party Congress, the most important event in the CCP’s political calendar. While the Central Committee, which currently has 198 regular and 166 alternate members, is nominally the most powerful political body under the CCP’s constitution, in point of fact, the seven-member Standing Committee of the Political Bureau of the Central Committee (“Politburo Standing Committee”) is the apex of power. Plenary sessions are more a forum for policy alignment and, in the Xi Jinping era, a venue for Xi to assert dominance while also creating a public illusion of collective governance.

While not formally fixed, each plenum has a general theme, and since the 14th Party Congress (1992-1997), the Fifth Plenum has been dedicated to evaluating the results of the previous five-year plan and considering the general “proposal” of the upcoming plan. This year’s plenary session—and the five-year plan—arrive at an extraordinarily challenging moment for China, as it faces a dramatically slowing economy (projected to reach 2 percent GDP growth this year, down from 6.1 percent last year), an increasingly fractious bilateral relationship with the United States, and an uncertain international environment that Xi himself describes as on the brink of “changes unseen in 100 years.” Five-year plans are important policy signals at any moment, but this year it is seen as a proxy for Beijing’s fundamental long-term diagnosis on the global order.

A2: A summary communiqué was issued at the end of the meeting, while the full text of the five-year plan proposal will be issued in the coming days. The full plan, with detailed quantitative targets, will not be issued until the next full session of the National People’s Congress in March. Nevertheless, we can discern several important takeaways about the past five years and the next five.

As expected, the plenum declared that China had met the critical political goal of becoming a “moderately prosperous society” in 2020. By the end of the year, China’s GDP is expected to reach nearly 100 trillion yuan (RMB)—equivalent to $14.3 trillion—a figure higher than the plan’s forecast of RMB 92.7 trillion, which makes China’s economy in nominal terms about 66.7 percent the size of that of the United States in 2019 ($21.4 trillion), up from 40.6 percent the size of the United States in 2010. China reportedly lifted 55.75 million people out of poverty and created 60 million jobs in urban areas over the past half-decade. By the end of 2020, there will be basic medical insurance coverage for 1.3 billion and basic pension support for nearly 1 billion citizens.

Looking ahead, the plenum emphasized that the 14th Five-Year Plan will build on the 13th Five-Year Plan’s principles of innovation, regional coordination, green development, international openness, and social equity. That said, there was a distinct emphasis on strengthening the domestic economy. There was no mention of a growth rate target; instead, the country will focus on improving quality and raising productivity. The plan will highlight China’s need to gain technological independence; become a powerhouse in manufacturing, cyber, and the digital economy; and raise China’s international competitiveness. At the same time, China will need to expand domestic consumption as a share of the economy, which will be dependent on raising wages, building a more complete social safety net, and expanding economic opportunities in rural China.

Q3: What is the CCP’s economic vision for achieving “socialist modernization” by 2035?

A3: The formal name of the document approved by the plenum is “CCP Central Committee-Formulated Proposal for the 14th Five-Year National Economic and Social Development Plan and 2035 Long-Term Goals” (《中共中央关于制定国民经济和社会发展第⼗四个五年规划和⼆〇三五年远景⽬标的建议》). The last time a parallel document added a discussion of “long-term goals” was in association with the Ninth Five-Year Plan proposal in 1995. This was not advertised in advance, but it is not totally surprising, as the Party most recently has set out broad goals for the country to achieve by 2035 and 2049, the 100th anniversary of the founding of the People’s Republic. In addition, the Party is in the process of drafting a new Medium- and Long-Term Plan for the Development of Science & Technology (2021-2035).

The communiqué reaffirmed previous party documents that by 2035 China would be well on its path to achieving “socialist modernization.” Only general platitudes were given to define what this means, but goals that were mentioned included producing major technological breakthroughs to place China among the world’s leading countries, achieving an advanced standard of living, creating a green economy and an improved environment, and boosting per capita GDP while reducing the gap between urban and rural society.

Although there are clear plans for comprehensive economic restructuring, as with the 13th Five-Year Plan, there was continued emphasis on the role of the CCP and the government. The phrase “give full play to the decisive role of the market in allocating resources” was followed by “further develop the role of government, and promote a better combination of efficient markets and effective governments.” Looking at the document holistically, and alongside other recent pronouncements by Xi Jinping, the vision articulated here is highly statist, with markets being utilized to achieve strategic ends, rather than being expected to achieve socially beneficial outcomes on their own.

Q4: What does the Fifth Plenum tell us about Xi Jinping’s hold on power?

A4: After several years of speculation that Xi is on the ropes owing to his domestic and international overreach, the plenum communiqué is yet another strong signal that his political position is singular within the senior ranks of the CCP. Xi’s fingerprints are all over the document, with repeated references to his strategies, campaigns, and policies, ranging from ideological campaigns to geostrategic initiatives. The communiqué extoled Xi’s leadership, declaring him the “the core navigator and helmsman,” an invocation that had been dropped by the CCP leadership after the death of Mao but has now reemerged as Xi’s power has reached new heights. While not itself a referendum on Xi, the plenum’s endorsement of his leadership and policies (feigned, forced, or otherwise) again indicates that there remains no effective leadership challenge, and that his path to a third term as Party general secretary in 2022 is all but assured. Short of his death or incapacitation in office, Xi will be ruling China for the foreseeable future.

Q5: What does the communiqué tell us about Beijing’s diagnosis of international environment and its view of U.S.-China relations?

A5: While the United States is not mentioned in the communiqué, when taken together with public pronouncements by the senior leadership over the past 12-18 months, it is becoming increasingly clear that Beijing views the international environment, and its relationship with the Washington, as having entered a new paradigm, one typified by rivalry, protectionism, and the splintering of global value chains. While still holding that China remains “in period of important strategic opportunity,” nonetheless, “there are new developments and changes in opportunities and challenges.” The Trump administration’s efforts over the past four years are the clear and unspoken target of these new “challenges.” Furthermore, the communiqué references a “profound adjustment in the international balance of power,” which, although not a new term, is making its in inaugural appearance in a document of this hierarchical importance. First used in 2017, the phrase has been explicitly linked to structural shifts accompanying the 2008 Global Financial Crisis. Again, this is a reinforcement of a long-held narrative that China’s “composite national power” is rising, while United States continues on what Beijing sees as a long-term deterioration of power and standing.

The shifting dynamics on Taiwan and Hong Kong are also evident on the communiqué. Where the readout from the Fifth Plenum in 2015 emphasized the deepening of economic ties with the mainland and adopting a “win-win” approach with regard to Taiwan, the document now states more bluntly the goal of “maintaining the long-term prosperity and stability of Hong Kong and Macau, promoting the peaceful development of Cross-Strait relations and the reunification with the motherland.” While not a new goal, the blunt language on stability and reunification speak to the deterioration in Beijing’s governing of Hong Kong and its relationship with Taiwan.

Jude Blanchette holds the Freeman Chair in China Studies at the Center for Strategic and International Studies (CSIS) in Washington, D.C. Scott Kennedy is senior adviser and holds the Trustee Chair in Chinese Business and Economics at CSIS. 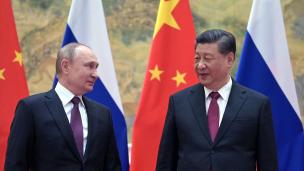 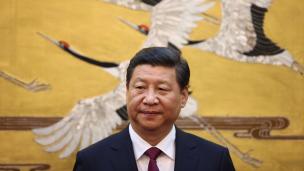 Book Event: The Dragon Roars Back
December 5, 2022
On Demand Event 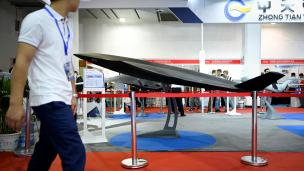 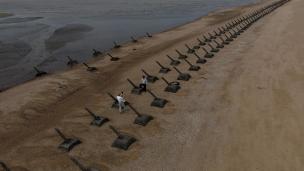 “Reunification” with Taiwan through Force Would Be a Pyrrhic Victory for China
By Jude Blanchette, Gerard DiPippo
November 22, 2022
In the News

Should the United States Pledge to Defend Taiwan?
Foreign Affairs | Featuring Christopher B. Johnstone and Jude Blanchette
November 15, 2022
In the News

For Biden and Xi, a Long Relationship With Rising Mutual Suspicion
The New York Times | Katie Rogers and Edward Wong
November 11, 2022
In the News