A version of this piece was originally published in the Straits Times on June 17, 2019.

At the 18th Shangri-La Dialogue, the premier annual defense and security meeting in the Asia-Pacific, concern about growing U.S.-China rivalry was palpable. Senior officials from around the world delivered speeches expressing varying degrees of worry about the negative consequences of spiraling great power competition. This message was especially clearly conveyed by officials from Southeast Asia.

Prime Minister Lee Hsien Loong of Singapore, in his opening keynote, asserted: “How the two work out their tensions and frictions will define the international environment for decades to come.” Secretary of National Defense Delfin Lorenzana of the Philippines highlighted the “seismic geopolitical shift that is changing the very fabric of international relations in the twenty-first century” and producing “upheaval and tensions.” Minister of National Defense Ngo Xuan Lich of Vietnam maintained that the “strategic-interest contest” in the Asia-Pacific is becoming “more and more intense” and “competition is now developing with complexity” due in part to “swift changes in the dynamic and balance of power.”

While it is reasonable to be concerned about U.S.-China strategic competition and its potential negative impact, it’s wrong to draw a false equivalence between U.S. and Chinese behavior, particularly in the Indo-Pacific region.

In the South China Sea, for example, while Chinese law enforcement ships and maritime militia have blocked access to lagoons, interfered with energy exploration, rammed and harassed foreign vessels, and restricted the legitimate rights of fishermen from around the region, the United States has provided maritime domain awareness assistance to help increase the capacity of maritime Southeast Asian countries to identify and respond to threats within their exclusive economic zones.

In contrast to routine warnings by Chinese military personnel stationed on artificial features in the South China Sea that foreign aircraft and vessels “leave immediately or pay the possible consequences,” the U.S. Navy conducts freedom of navigation operations to preserve unrestricted access to airspace and waterways for all seafaring nations as governed by international law.

U.S. Navy ships sail in the South China Sea in accordance with international law, avoiding unprofessional and dangerous maneuvers. Chinese navy vessels have made aggressive maneuvers, including sailing on a near-collision course with U.S. warships.

Despite Chinese president Xi Jinping’s statement that the Pacific Ocean is “vast enough” to accommodate both the United States and China, Beijing is attempting to prevent Southeast Asian countries from conducting military exercises with the United States.

In the Association of Southeast Asian Nations (ASEAN)-China single-draft Code of Conduct for the South China Sea that is still under negotiation, China proposed that “The Parties shall not hold joint military exercises with countries from outside the region, unless the parties concerned are notified beforehand and express no objection.”

The United States no longer invites the Chinese navy to participate in the Rim of the Pacific multilateral naval exercises as a penalty for its militarization of outposts in the South China Sea, but it does not seek to impede military cooperation between regional states and China.

Mr. Lee made an impassioned plea at the Shangri-La Dialogue for countries to accommodate China’s growth and adjust to China’s rise, implying that U.S. policy is aimed at weakening the Chinese economy and blocking China’s achievement of great power status. Using more direct language, he warned against the use of trade rules by either the United States or China “to keep the other down.”

Such characterizations uncritically accept Beijing’s frequent but incorrect accusation that the United States is seeking to contain China. In fact, as Terry Branstad, the U.S. ambassador to China, has stated: “The Trump administration is putting America and Americans first by calling on China to live up to its pledge when it joined the World Trade Organization in 2001 to provide greater economic openness and to compete on a level playing field.”

It’s understandable that Southeast Asian countries object to some U.S. policies in the Indo-Pacific region. There are certainly elements of the Trump administration’s approach to the Asia-Pacific that deserve criticism—including U.S. withdrawal from the Trans-Pacific Partnership—President Donald Trump’s lack of appreciation for the importance of U.S. alliances in defending U.S. interests, and the U.S. president’s emphasis on narrowing bilateral trade deficits.

But countries should not draw a false equivalence between U.S. and Chinese actions and behavior in the region. The choice that Southeast Asia must make is not between the United States and China, as some would suggest.

Rather, it is a choice between a future in which there are shared rules and norms within a rules-based order that everyone upholds, and a future in which power prevails, the strong bully the weak, and rules are disregarded in favor of a “might makes right” approach.

Bonnie S. Glaser is senior adviser for Asia and director of the China Power Project at the Center for Strategic and International Studies in Washington, D.C. 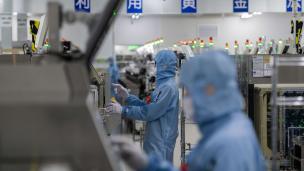 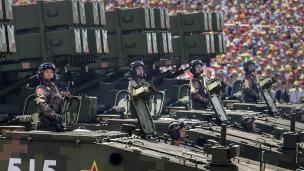 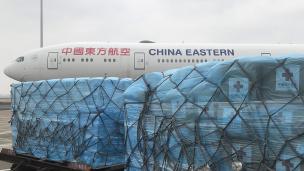 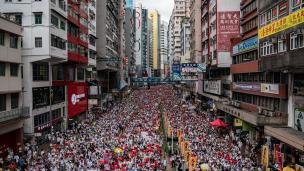 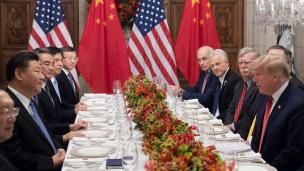