Q1: Why is it strategically important for the United States to reposition its relationship with middle-income countries?

A1: With 80 or so U.S. Agency for International Development (USAID) missions and programs in more than 100 countries, there will be a number of countries where it will be increasingly difficult to maintain a traditional foreign aid presence, but whose geopolitical importance makes completely “exiting” at this time unwise. Closing a USAID mission does not always equate to downgrading a bilateral relationship when a variety of instruments and approaches has been applied successfully for the United States to stay engaged with a smaller footprint. On the contrary, doing so in select middle-income countries provides the United States with the opportunity to save money and reorient its relationship from one of “aid donor” to one based on partnership.

Over the last 40 years, the United States has repositioned its development and economic-cooperation relationships with a number of countries by closing missions and “graduating” various countries, including Chile, Portugal, South Korea, and Poland. As part of maintaining engagement, the United States and its partner countries have created a variety of joint institutions and mechanisms to foster cooperation in new ways. In many cases, the result has been a more effective and deepened relationship. For example, the endowed Luso-American Foundation (FLAD) was set up after USAID graduated Portugal in the early 1980s. Since then, FLAD has been a major force in European philanthropy (e.g., founding member of the European Foundations Centre), funding exchanges in science and culture between the United States and Portugal and investing in programs supporting Lusophone Africa with U.S. and Portuguese partners. It is important to note that setting up these exit arrangements comes with some risk, as detailed by a recent Wikileaks report about a struggle over the control of FLAD between the United States and FLAD’s former president.

The United States has made a series of investments in countries, some of which go back decades. If USAID country missions are closed without establishing a plan to transition bilateral relationships, then the United States risks throwing away a number of years of effort and often hundreds of millions of dollars of investment. At the same time, the current political and fiscal environment could provide tremendous opportunity to maintain influence in countries and achieve foreign policy and development goals while shrinking our footprint. There are ways to stay engaged while using new approaches.

Q2: What opportunities are available to the United States?

A2: Closing aid missions in middle-income countries brings with it cost savings. However, these savings do not occur immediately. In fact, costs tend to occur at the outset of closure due to increased operational expenses in facilitating transition. Therefore, substantial time needs to be invested to ensure successful closures. Additionally, rather than having a centralized process where one agency (such as the State Department) oversees the closure, cross-agency collaboration will facilitate a more efficient transition.

A growing number of middle-income countries that were once recipients have become donors themselves. As USAID administrator Rajiv Shah said recently of China and India, “We need to develop new strategic partnerships with these countries that respect their rise and leverage their technical expertise to help others.” He could have been referring to a dozen other countries as well.

Dozens of middle-income countries and others in the “Global South” are conducting their own foreign assistance programs and rapidly increasing economic, cultural, and development links. Many would also rather see the United States’ traditional donor-recipient relationship change to one that reflects their growing domestic strength and regional or international influence. Areas of focus should include: (1)working with emerging donors in other countries; (2) supporting the development of local philanthropy and home-grown corporate philanthropy and social responsibility programs; (3) supporting small, endowed foundations for challenges that require “soft” money support; (4) ongoing support for U.S.–host country exchanges and joint programs in developing countries; and (5) support through investment programs and funds (e.g., the Overseas Private Investment Corporation, Development Credit Authority, Millennium Challenge Corporation, and Trade and Development Agency).

On a country-by-country basis, the United States needs to review the areas of strategic focus, assess the existing institutions, and identify the possible creation of new institutions and approaches as part of a strategic repositioning of its relationship with these countries. Overall, spending should decrease if USAID were to repurpose—instead of terminate—its relationship with several countries, including with missions already on the “chopping block” and potentially with others as well.

Q3: How should Congress and the Obama administration go about identifying countries for closure?

A3: In a January 2011 speech, Rajiv Shah outlined steps that USAID is taking to improve its balance sheet, including accelerating plans to “graduate” countries from U.S. assistance by closing up to seven programs between now and 2015. With 80 or so USAID missions and programs in more than 100 countries, and in the face of the current environment on the Hill, more closures could be coming. Plans for closing three USAID missions are already in the works. The first is Montenegro, which can expect to see U.S. development support end in 2012.The next two are Guyana and Panama.

Panama is an excellent example of a country where the United States should remain engaged but should shift its relationship from donor to partner. Panama is a strong friend and ally of the United States, and according to a recent International Monetary Fund report, the country is expected to lead the Latin American and the Caribbean region in economic growth over the next four years. With construction of the new canal almost complete, Panama is on track to fund much of its own development. The United States could use this closure to set aside a small portion of the mission’s funding for a U.S.-Panama foundation that would focus on supporting a variety of lower-cost, long-term initiatives.

Panama is one example of several important middle-income countries where the United States should be wise about repositioning its relationship by shifting from one of donor-recipient to one of cooperation. Doing so in an effective manner would free up additional funds but maintain and possibly enhance our relationship with these emerging powers.

Daniel F. Runde is director of the Project on Prosperity and Development at the Center for Strategic and International Studies in Washington, D.C. 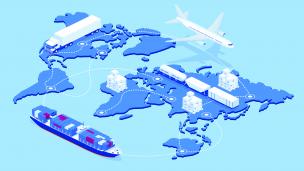 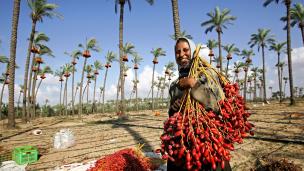 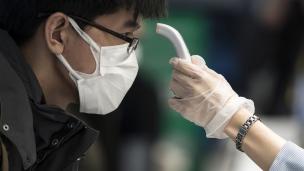 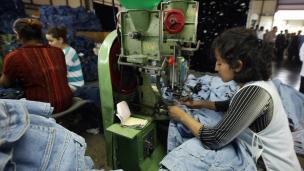 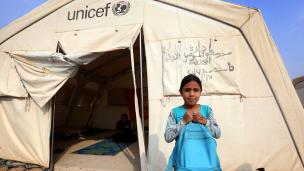 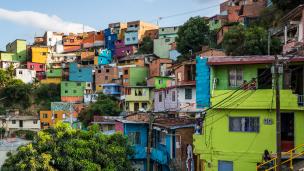 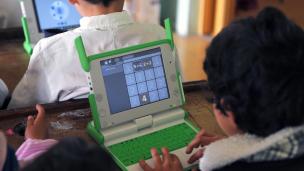