North Korea conducted a test of a new Hwasong-15 missile on November 29, 2017.   The test comes after a 75-day hiatus in missile testing by the North Korean regime.

While many experts and officials have speculated about the reasons for the brief testing lull, data collected by CSIS Beyond Parallel shows that North Korea tends to carry out less provocations in the winter months according to a seasonal pattern.  An analysis of all North Korean provocations from 1984-2017 shows that fewer provocations (and missile tests since 2011) are conducted by North Korea in the months of November, December, January and February.   The table below demonstrates this pattern. 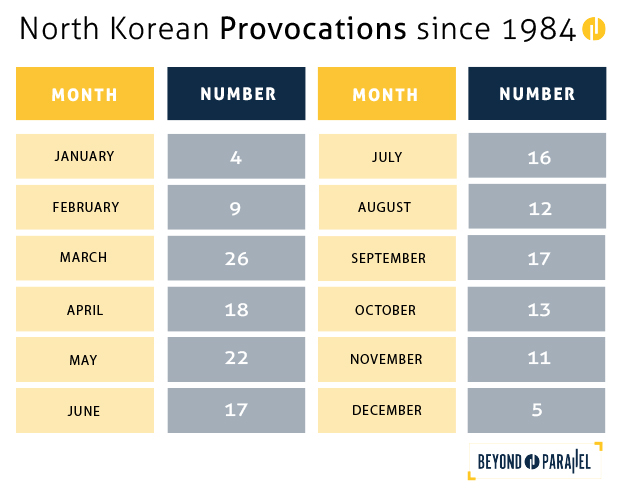 North Korea’s winter training cycle, which begins in December, may have significant influence on this seasonal pattern.  The data also reveals that there is a clear uptick in provocations starting in the months of March and April which is the period when U.S. and South Korea conduct their annual Foal Eagle and Key Resolve joint military exercises.  Rather than being a significant deviation, North Korea’s launch of one missile test in November conforms to past practice.

Accordingly, we can expect more North Korean provocations to be conducted in the spring and summer months of 2018 if Pyongyang has not already completed the technical milestones for its WMD program by that time. This anticipated uptick in provocations in the 2nd and 3rd quarters of 2018 would not provide favorable conditions for diplomacy with North Korea.  The space for dialogue may therefore be limited to the next three months when we can expect fewer provocations from North Korea. 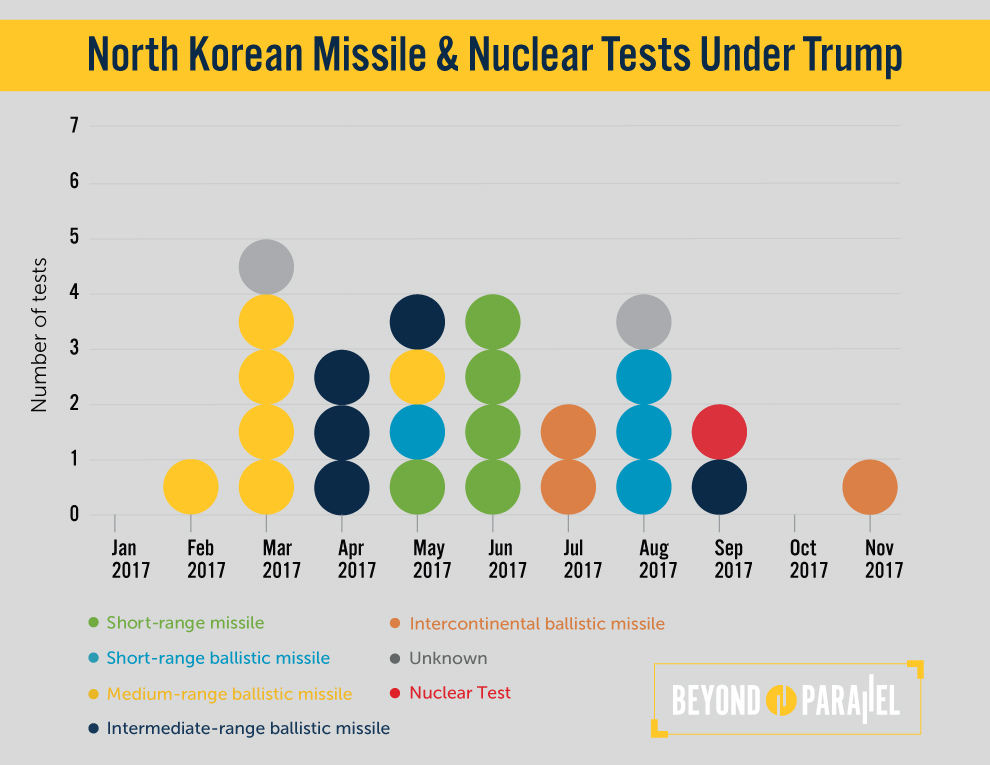