The Chinese government has made exceptional progress in constructing two emergency medical facilities in Wuhan, Hubei province. Wuhan is the epicenter of the coronavirus outbreak first reported at the end of 2019, which has swiftly risen to over 75,000 cases in China and 25 other countries (the vast majority in Hubei) and left over 2,000 dead (these figures are as of February 19, 2020). According to Chinese officials, the 1,000-bed Huoshenshan hospital and 1,600-bed Leishenshan hospital were modeled after the Xiaotangshan hospital, a temporary facility built in Beijing to treat the SARS outbreak in 2003. As of February 2, 2020, the Chinese government, using both civilian and military assets, has set up 13 field hospitals, sent over 8,000 medical staff to Wuhan from across China, and spent over 5.4 billion yuan (about $800 million) to address the coronavirus outbreak.

The crash construction of these hospitals is just the most visible sign of the extreme urgency the Chinese government feels—in the face of popular discontent and a dangerous virus spreading at exceptional speed—to significantly expand its capacity to isolate and treat those infected with the coronavirus. While reports have emerged that the facilities are suffering from substandard construction, the facilities are nonetheless stark symbols of the government’s top-down, muscular national mobilization capabilities.

At the Munich Security Conference this past weekend, at a town hall J. Stephen Morrison organized on the coronavirus, the Chinese deputy foreign minister, along with the head of the World Health Organization (WHO) emergency operations program, reported on the significant progress made in recent days. Over 14,000 beds are now available in Wuhan. At a plenary speech, China’s foreign minister expressed confidence that its approach is slowing transmission and that soon the outbreak will be arrested, and economic life will return to normal.

While Chinese officials have conveyed a positive outlook, disturbing reports continue to emanate from Hubei of inadequate medical care, acute shortages of protective gear and other medical products, violations of basic human liberties, and repression of Chinese freelance journalists. Matters are made no easier by widespread disinformation spread on social media.

This scramble occurs in the midst of an epic lockdown that has put an estimated 100 million people under a complete quarantine (all of Hubei province plus neighboring areas) and roughly half of China’s 1.4 billion under some form of closely controlled movement. An untold number of citizens thought to be infected have been forcibly removed from their homes and confined to large-scale medical facilities. While the Chinese government claims its extraordinary measures are slowing transmission, the WHO and epidemiology experts are far more cautious, reserving judgment on whether these measures are truly effective. At a minimum, these authoritarian controls buy time both within China and outside, in the United States and elsewhere.

There remain many unknowns—the source of the virus, its precise transmissibility, and severity of death and extreme illness. Reliable and scalable testing remains problematic. We do not yet know if the outbreak in China can be contained or whether it will morph into a global pandemic.

Leishenshan Hospital is located on what was an approximately 43.7-acre bus station. Construction plans were announced on January 25. Although construction was ongoing, the hospital was opened on February 8. 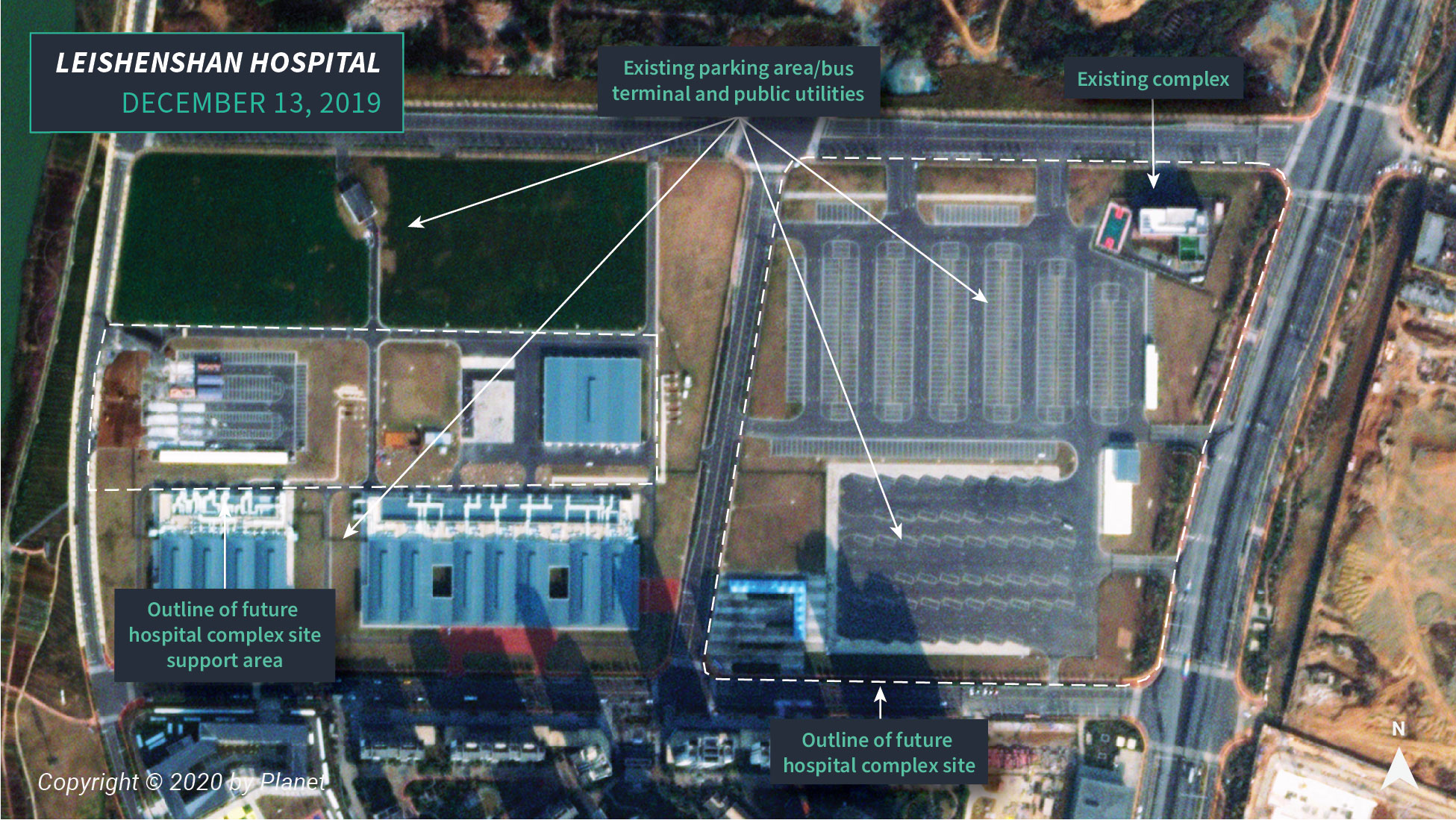 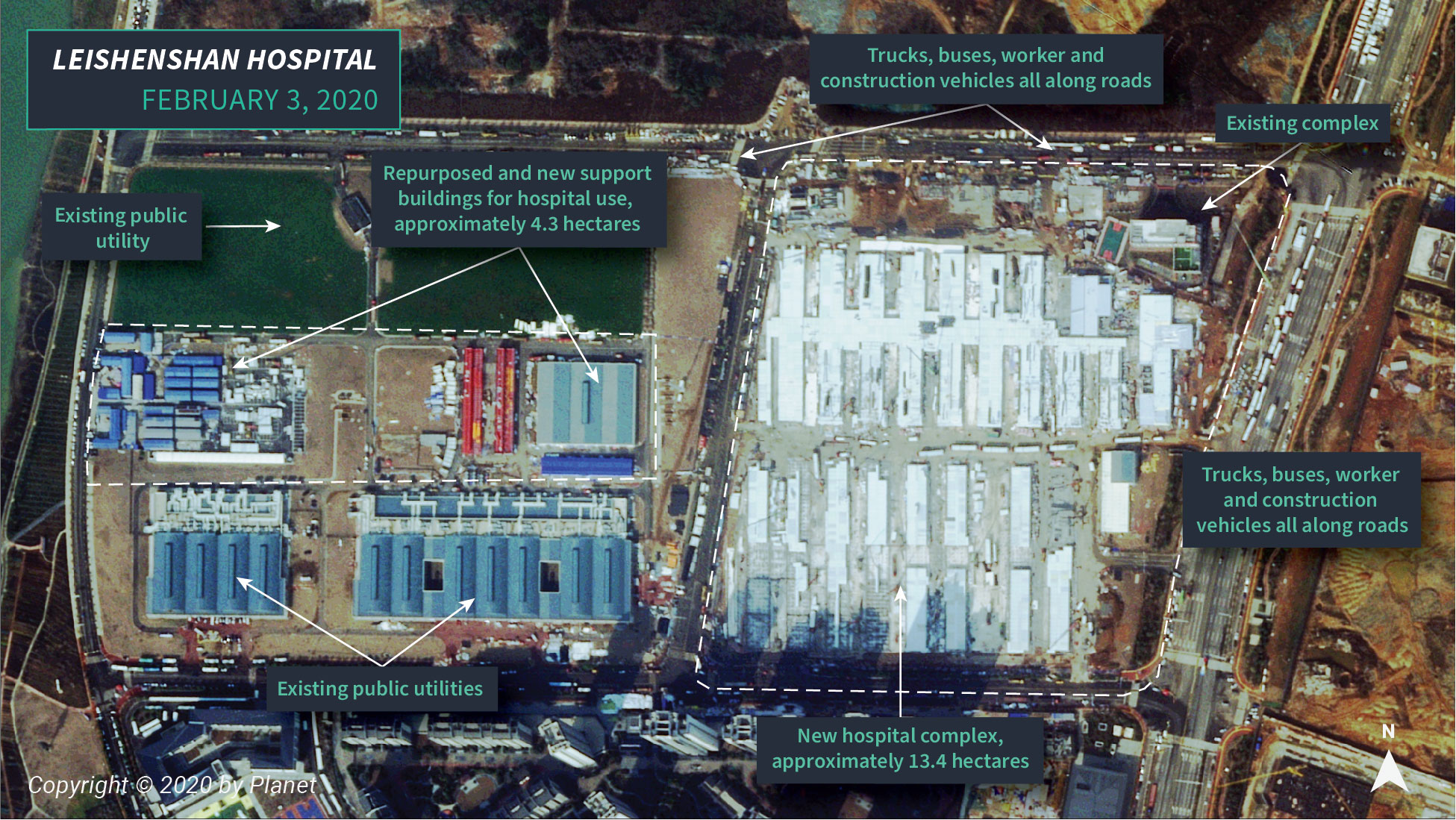 Huoshenshan Hospital is located on a previously forested region by a lake that covers 24.2 acres. Construction began on January 23, and although construction was ongoing, the hospital admitted its first patient on February 3. 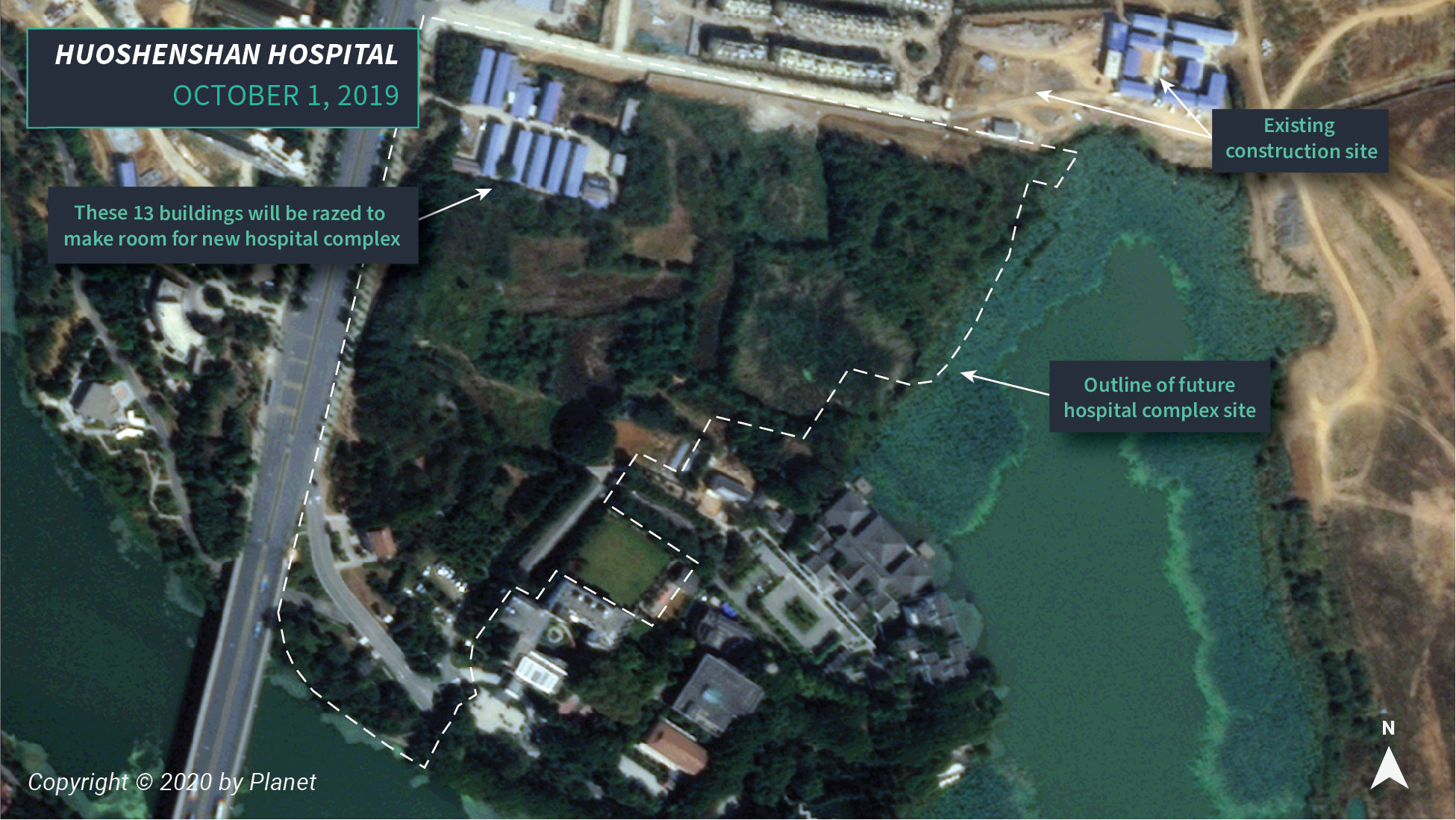 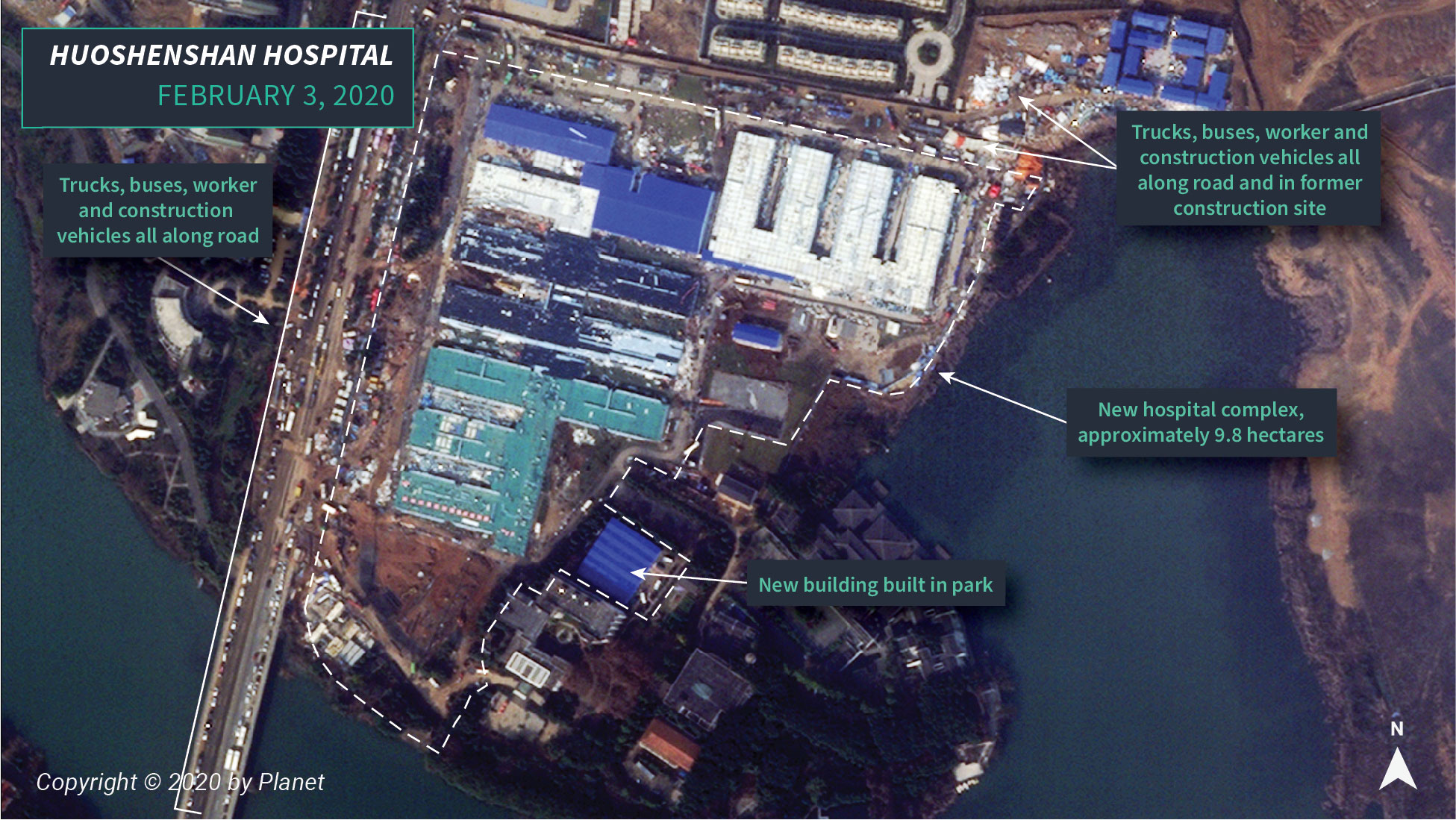 For more on the coronavirus, watch “What's Happening with Coronavirus,” and read the CSIS critical questions, “The Novel Coronavirus Outbreak.”