In recent years, discussion about transatlantic security spending has increasingly focused on whether NATO members are spending 2 percent of their gross domestic product (GDP) on defense, the benchmark mandated at the 2014 Wales Summit. Only four member states currently meet the 2 percent threshold that they are expected to reach by 2024, prompting criticism that members who fail to do so are not adequately sharing the burden of collective defense. Critics of the metric, on the other hand, argue that it unfairly recognizes spending levels regardless of whether those resources are employed in the service of allied security, and at the same time discounts the efforts of allies who make meaningful contributions to the alliance while falling short of 2 percent. The almost singular focus on meeting the NATO pledge of spending 2 percent of GDP on defense obscures many of the true challenges to growing national and collective capability and to strengthened transatlantic security.

Although the transatlantic security community actively debates the merits of the 2 percent measure, it has not identified an alternative measure or set of measures to adopt instead. This report seeks to catalyze that political and analytical discussion of alternatives by widening the aperture for assessing and comparing the security contributions of NATO allies and key European partners. In addition to analyzing current NATO metrics (like the 2 percent measure), it examines in depth several metrics that provide a broader understanding of collective security contributions and identifies gaps in data collection and reporting, that, if mitigated, could improve the rigor of security spending analysis.

This report was made possible in part by the generous support of the Government Offices of Sweden and the Canadian Defence Engagement Program. 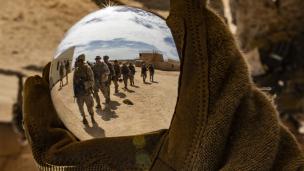