It’s been just over a year since the International Food Policy Research Institute (IFPRI) first warned that “Covid-19 could lead to a food security crisis if proper measures are not taken.” The author, former IFPRI director general Shenggen Fan, was following developments in Wuhan, China at the time, ground zero for the novel coronavirus. He watched the government there lift roadblocks for food deliveries amidst a looming hunger threat in the country.

At the time of Fan’s writing, only a dozen countries in sub-Saharan Africa had confirmed cases of the virus; the first in Nigeria was reported on February 28. The worst had yet to play out, with World Health Organization director-general Tedros Adhanom Ghebreyesus warning, “Our greatest concern is the potential for the virus to spread to countries with weaker health systems.”

Fast forward to today and the world has passed through two grim milestones: 100 million Covid-19 cases and 2 million deaths. At the same time, at least four countries around the world—Yemen, South Sudan, Nigeria, and Burkina Faso—are facing the looming prospect of famine, with no less than 13 countries close behind. As a result, the UN secretary-general has announced a High-Level Task Force on Preventing Famine.

Nearly a year ago, UN World Food Programme (WFP) executive director David Beasely stood before the United Nations Security Council and warned of “famines of biblical proportion” and a near doubling of people experiencing crisis levels of hunger from 135 million to 270 million as a result of pandemic. Just this past week he returned to that same body and announced that “we are once again sliding toward the brink of the abyss” and reported that that terrible milestone had been achieved—272 million people face acute hunger today.

Make no mistake: Covid-19 has made the hungry hungrier and the poor poorer. But by what means exactly? What lessons have we learned, and how are the world’s food security prospects shaping up a year later, particularly in the world’s most food insecure places?

Empty supermarket shelves, panic buying, and hoarding have become among the most enduring images of the pandemic here at home. Intuition would suggest that global hunger resulting from Covid-19 would be the result of similar food shortages and supply chain breaks. Generally speaking, that hasn’t been the story.

A global food shortage or widespread price spikes have not accompanied Covid-19. In fact, the Food and Agriculture Organization of the United Nations (FAO) estimates that a new global record for grain production was hit in 2020—some 2.7 billion tons of rice, wheat, corn, and barley. Despite the recent introduction of wheat export restrictions in Russia, global grain trade has remained remarkably robust in the face of the pandemic.

During the Great Recession in 2007–2008, in contrast, weather-related supply shocks, high energy prices, and the application of export restrictions in more than 30 countries led to record high food prices globally. That protectionist behavior was largely avoided during the pandemic, in part because of calls from international organizations warning against such actions.

The pandemic has reminded us, though, that global food production and trade flows are often insufficient proxies for an individual family’s food security. By those measures alone, the global food system’s response to Covid-19 may have been considered a tremendous success; we know, in reality, millions more have been left hungry by the virus.

That’s because not all food supply chains have functioned without interruption. Only 20 percent of food supply chains in Africa and South Asia operate like they do in the United States, with commercial farmers providing food through sophisticated channels destined for modern supermarkets. Instead, food is provided by small-scale farmers moving food through informal markets, relying on a complex network of small businesses.

Action at major border crossings and ports all around the world slowed as distancing and sanitation measures were put into effect, but it never stopped for formal markets. Quarantines, mobility restrictions, and other complete lockdown measures, meanwhile, disproportionally affected small-scale actors in informal markets—sellers, traders, shop owners, and the like. These localized disruptions restricted supplies and caused food prices to spike.

In the latest analysis of local market conditions from WFP, at least 11 countries have experienced severe increases in the prices of staple foods in the last quarter, with Lebanon the worst affected. Global food prices, meanwhile, according to the FAO food price index have hit a six-year high, increasing slowly over the past six months due to weather-related supply shocks and threat of further protectionism. Still, they remain well below levels recorded during the Great Recession.

So far, it hasn’t been the direct impact of the virus on global food production that has brought the developing world to its knees and caused global hunger to spike, as some predicted early on in the pandemic. Instead, Covid-19 has disabled the already sputtering economic engines of many low- and middle-income countries, eroding the incomes of many poor families already living hand-to-mouth.

Covid-19 is, overwhelmingly, a crisis of food access, not availability. In what some call “the Great Lockdown,” a year after the pandemic’s outbreak, approximately half of the world is still participating in some form of distancing or other physical containment measure. These are necessary steps to curb the transmission of the virus, but have nonetheless cost the equivalent of some 500 million full-time jobs, according to the International Labor Organization, especially for those in low- and middle-income countries and those working in the informal economy.

The global recession caused by Covid-19 is considerably deeper than that experienced in the aftermath of the 2008–2009 global financial crisis and is the largest since World War II. The global economy contracted by between 4.3 and 5.2 percent in 2020, with many developing countries facing losses in tourism and foreign reserve from sales in extractive industries. According to the United Nations Development Program, the average income lost for a developing country because of Covid-19 will exceed $200 billion.

The loss of remittances—money transfers between foreign workers and their families back home—has proven especially devastating for many. The World Bank estimates that remittances—a half-a-trillion dollar “industry”—have fallen by 7 percent in 2020 (albeit, down from an original 20 percent loss prediction) with similar losses expected in the coming year.

Latin America has especially suffered from food access constraints caused by losses in income. The number of people facing crisis levels of hunger there has quadrupled over the past year. The region has implemented some of the strictest lockdown measures on its population in an effort to stop virus transmission. But as a result, it’s seen its economy contract by more than 11 percent.

These income losses matter because of the composition of household spending in the world’s poorest places. While most middle class families in the United States spend around 10 percent of their income on food, that number is closer to 50 percent in many low-income countries. In many places affected by conflict, food costs—even for a single meal—far exceed daily incomes. Income losses in these places, then, translate directly to food insecurity.

Covid-19 has created new and less expected vicitms in this hunger crisis. Because the virus has struck vulnerable wage earners so severely, it has added one new group, in particular, to global hunger rolls: urbanites in low- and middle-income countries. Although we’ve long considered global hunger to be an overwhelmingly rural phenomenon, Covid-19 has disproportionately impacted cities in developing countries.

In fact, IFPRI researchers have indicated that poverty in sub-Saharan Africa is likely to increase by 15 percent because of Covid-19 in rural areas and by 44 percent in urban areas. Urban areas are home to precisely the sorts of informal markets and workers impacted by the pandemic including those in the tourism sector like taxi drivers and hotel and airport staff, among others.

Diets among these and other groups are also being affected, with potential long-term impacts on health and nutrition, especially for children. Previous studies have shown that when faced with income losses, families often resort to eating cheaper, less nutritious, and often processed foods, a trend already identified by researchers early in the Covid-19 pandemic. Moreover, nutrient-dense foods like fruits and vegetables that require more complex supply chains (including cold chain) have proven less resilient to Covid-related transport shocks.

Since the pandemic began, more than 39 billion—billion with a “b”—school meals have been missed, with almost 400 million students losing out on a critical lifeline. Experts estimated that an additional 6 to 7 million children under the age of five are likely to suffer from acute malnourishment (“wasting”) as a result of the pandemic, leading to as many as 10,000 more deaths each month. Malnourishment, in turn, leaves the body more susceptible to infection and disease and, as I explained in a previous piece for CSIS, malnourishment may even reduce vaccine efficacy once administered.

Amidst these startling trends, there is some good news to share. Covid-19 has caused a dramatic upscaling of social protection systems around the world. Cash transfers have nearly doubled in the past year in low-income countries and coverage grew by almost 250 percent, according to research by the World Bank. WFP has been approached by no fewer than 50 countries for support in scaling up food- and cash-based safety net systems.

Still, many social protection interventions—cash transfers, most notably—were one-off in nature. Though globally almost a trillion dollars were spent on social protection in 2020 in the wake of the virus outbreak, low-income countries spent, on average, just $6 per capita on such programs. In poor countries, the creation and scaling-up of these systems often rely on donor funding, with limited tax bases and scant domestic budgets limiting their long-term sustainability.

Donor funding, meanwhile, has been slashed in some places, and UN leaders have warned of major shortfalls in the coming year. WFP alone is anticipating funding shortfalls between $6 and $7 billion this year, more than the organization’s entire budget just five years ago. So far, the Covid-19 Global Humanitarian Response Plan, the flagship UN-coordinated response, has received just 39 percent of its funding requirements.

The year ahead may genuinely make or break success toward the 2030 Sustainable Development Goal of ending hunger in all its forms—particularly since hunger increased in the years leading up the Covid-19 crisis. In fact, WFP executive director David Beasley has warned that 2021 could see the worst humanitarian crises since the United Nations was founded, and a UN special envoy has warned that the potentially worst food system impacts of Covid-19 in developing countries were simply deferred, not avoided. In light of what we’ve learned about Covid-19 and global food security and the looming crisis on the horizon, U.S. leaders should consider the following:

Chase Sova is a non-resident senior associate with the Global Food Security Program at the Center for Strategic and International Studies in Washington, D.C. He is also senior director of Public Policy and Thought Leadership at World Food Program USA (WFP USA). 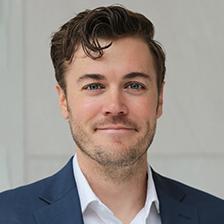 Most Recent From Chase Sova 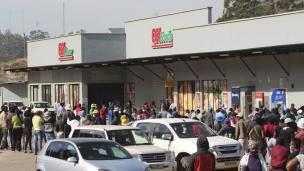 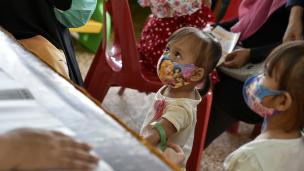 A New Covid-19 Mantra? 'Nobody Is Safe until Everybody Is Fed'
By Chase Sova
December 4, 2020
Report