Q1: What’s happening to the food system in the United States?

First, hunger in America is skyrocketing. Economic downturn decreases household incomes, limiting families’ ability to meet their dietary needs, and “the scope and speed of this downturn are without modern precedent,” according to Fed Chair Jerome Powell. Rates of hunger in the United States are also unprecedented, at least by some measures. Recent research by the Brookings Institution found that since the onset of the Covid-19 pandemic, over 40 percent of households with mothers with children 12 and under reported household food insecurity; in almost one in five such households, the children were experiencing food insecurity, with researchers concluding that “young children are experiencing food insecurity to an extent unprecedented in modern times.”

As a result, demand at U.S. food banks is up by an average of 70 percent compared to the same time last year, with nearly 40 percent of customers having never used food banks before the pandemic, according to a recent survey by Feeding America. Some food banks are reporting a 200 percent increase compared to last year; across the country, miles-long lines of cars are queuing at food banks. No food bank in Feeding America’s network has closed as a result of the pandemic, but almost 20 percent of food bank partners, like food pantries and meal programs, have suspended or closed operations.

At the same time, prices at grocery stores are rising. In April, prices showed their greatest monthly increase in the past 50 years, led by the rising price of meats, poultry, fish, and eggs (up 4.3 percent from March), cereals (up 2.9 percent), and fruits and vegetables (up 1.5 percent). The price increases result from supply-side and demand-side pressures: due to worker illness, meat plants are processing less product, reducing grocery stores’ supplies. And with the closure of restaurants, consumers are eating more of their meals at home, increasing demand at grocery stores as a result.

As a result of restaurant and meat plant closures, farmers are being forced to dispose of their product, so we’re seeing shockingly high rates of food loss. One chicken processing company killed 2 million chickens in April; another smashed 750,000 unhatched eggs each week. In Minnesota alone, farmers have euthanized 90,000 pigs since the onset of the pandemic. Unable to redirect products to new customers, farmers were dumping 3.7 million gallons of milk each day at the beginning of April. The Produce Marketing Association estimates that by the end of April, $5 billion worth of fresh fruits and vegetables had already been wasted. All of this is evidence that efficiency in the U.S. food system has come at the cost of flexibility, argue some scholars: “Improving efficiency can certainly be a good thing, especially if consumers benefit from cost savings and access to more diverse foods. But the changes in recent years have undermined other important goals, like the ability to adapt during a crisis. When new barriers prevent food from reaching its markets, or demand suddenly drops—both of which are happening now—the system falls apart.”

Perhaps equally important is the fact that today’s food crisis is happening while food supplies in the United States are ample. The Department of Agriculture (USDA) recently projected U.S. wheat production to be up two percent this year compared to last; pre-pandemic, animal stocks were healthy enough that the USDA projected red meat production up three percent this year compared to last and chicken up two percent, with egg and milk production also projected higher year-on-year. Americans rely on imports to meet about 15 percent of total food consumption, and according to the USDA, “there are no immediate risks of massive disruption in the global supply chain.” But food security encompasses more than food production, and in the United States, people are hungry not because there’s not enough food, but because of the system-wide disruptions explained here.

Q2: How are these changes affecting consumers and workers?

A2: Within this context, increases for the Supplemental Nutrition Assistance Program (SNAP) and Special Supplemental Nutrition Program for Women, Infants, and Children (WIC) programs have been sizeable but, arguably, insufficient. The Families First Coronavirus Response Act provides for a 40 percent increase—an additional $2 billion—in monthly SNAP benefits. The Coronavirus Aid, Relief, and Economic Security (CARES) Act provides an additional $500 million to WIC. Accompanying these “plus-ups” are greater flexibilities for SNAP and WIC, like ensuring that participants can still purchase food when WIC-eligible items are out of stock. Yet as some experts point out: “The SNAP provisions of the Families First Coronavirus Response Act . . . were intended to respond to the short-term effect of the health emergency, and not the broader, likely longer-term economic crisis . . . We and many economists and policymakers recommend raising SNAP benefits and modestly expanding eligibility to address the effects of Covid-19 until the economy shows solid signs of recovering from the downturn.”

Separately, workers in the food system—especially those in the meat supply chain—remain vulnerable. As of May 16, some 14,800 meat workers had been infected with coronavirus in meatpacking facilities across 31 states, and at least 55 had died. According to The Guardian, “Almost half the current Covid-19 hotspots in the U.S. are linked to meat processing plants where poultry, pigs and cattle are slaughtered and packaged.” Healthy workers are necessary to keep U.S. food production and processing plants working. Workers are calling for better access to paid sick leave and health insurance while state attorneys general are calling on the president to increase protections for meat plant workers. Across meat processing, grocery, and other industries generally, the United Food and Commercial Workers International Union reports at least 72 deaths from Covid-19.

In addition, the restaurant and food service industry is in a freefall. In March and April, orders from restaurants, sports arenas, schools, catering services, and other establishments fell off a cliff: The National Restaurant Association estimates the total shortfall in restaurant and food service sales—including food service operations in the lodging, arts/entertainment/recreation, education, health care, and retail sectors—approached $80 billion during last two months alone. Restaurants have suffered the worst job losses of any industry in the United States, having lost 6 million jobs–three decades’ worth—since April. Tragically, many of those previously employed in the food service industry are now themselves food insecure.

A3: In many ways, it’s too soon to say. The USDA cites several sources of uncertainty—potential labor shortages, logistical constraints, changing consumption patterns—and concludes that “we are dealing with an unprecedented crisis and there are many unknowns that could shape the situation.”

However, we have a few early signals. On food prices, despite their recent rise, inflation at grocery stores is expected to be low across 2020, but month-to-month volatility will increase as supply chains, and the economy generally, adjust to the pandemic. The USDA expects food-at-home prices to increase between 0.5 and 1.5 percent this year compared to 0.9 percent in 2019 and 0.4 percent in 2018. On the meat supply chain, the USDA reports that plant closures will restrict beef production for the rest of 2020, following strong levels pre-pandemic, but that slaughter capacity is expected to recover in 2021, with beef production “expected to set a record.” Egg production capacity is likewise expected to resume growth in 2021. Nonetheless, high rates of hunger are expected to continue through the summer. Feeding America anticipates the food insecure population will increase from 37 million Americans pre-pandemic to 54 million as a result of Covid-19.

Q4: Will the U.S. food system look different after the pandemic?

A4: Yes, most likely. It’s too early to know for sure, but we may see shorter, more regionalized food supply chains, as producers and consumers alike look to reduce their susceptibility to shocks. One emergent “downstream” indicator of this trend is the rise in direct-from-farm purchasing via community-supported agriculture programs, as NPR and Civil Eats have reported. However, small farms—like most small businesses—often can’t absorb revenue shortfalls for very long. Their cash reserves are too low. So, the potential attrition of small family farms, foundational to local food systems, may actually lead to an expanded market share for commercial agriculture. Finally, online shopping may become a new normal for an increasing share of consumers, given sustained concerns about health and safety. One study predicts that online grocery sales will grow by about 40 percent in 2020.

Whatever form these changes take, the food industry will play a central role in our eventual economic revival. Today, images of food-system shocks and hungry families are attracting significant attention at home and abroad. Americans—and the world—will be watching the ways we rebuild our food system and reduce hunger among the most vulnerable. 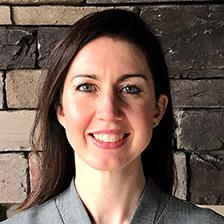 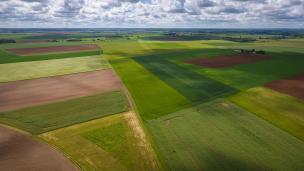 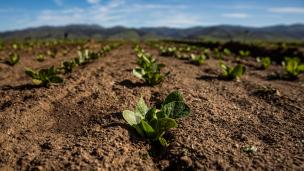 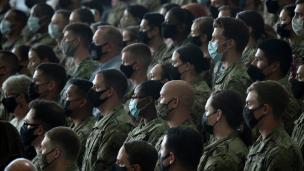 Food Security in the Military: What We Know and Why It Matters
July 27, 2021
Critical Questions 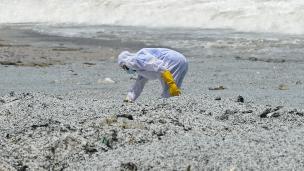 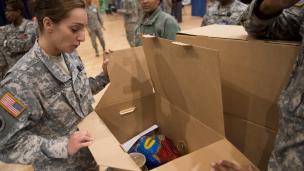 Food Insecurity among U.S. Veterans and Military Families
By Caitlin Welsh
May 28, 2021
On Demand Event 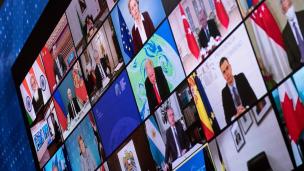 A New Era for Climate Change and Food Security?
May 4, 2021
Congressional Testimony 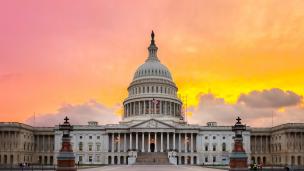 The Effects of Climate Change in Africa
Statement by Caitlin Welsh
April 27, 2021
Interactive 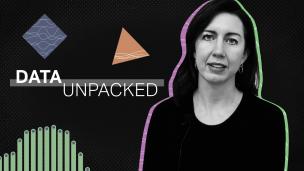