Covid-19 in the D.C. Area: Should We Be Concerned or Optimistic?

Q1: How bad is Covid-19 likely to be for the District of Columbia, and what can be said for the broader National Capital Region?

A1: The picture remains mixed and murky.

The response in D.C. (population of about 700,000)—and the metro area at large (population of about 6.2 million)—began late and has been halting. Testing has remained at woeful levels until recently, just as the augmentation of ICU beds, protective gear, and ventilators has been delayed and slow.

The D.C. metro area’s status as a global and national transport hub is likely to have fueled the spread of the coronavirus in the region. In 2018, the area’s three major airports, in aggregate, served 74.7 million passengers, much of those international travelers passing through Washington Dulles International Airport and Baltimore/Washington International Thurgood Marshall Airport. D.C. is on the Amtrak Northeast corridor, and normal daily ridership on the Metro exceeds 620,000.

D.C.’s public health capacities are weak, and a sizeable portion of the population is acutely vulnerable. Extreme poverty stands at 16 percent, while 27 percent of working families live at or below 200 percent of the poverty line. The city’s poor, an aging population composed overwhelmingly of people of color with high levels of chronic conditions, struggle with inadequate access to quality health care. HIV prevalence is high in D.C., and the city’s homeless population (over 6,500 as of January 2019) is acutely vulnerable to infection.

On the positive side, compliance with social distancing has been high. Authorities were quick to intervene when crowds gathered at the popular waterfront seafood market at the Wharf and at public parks. The D.C. community is accustomed to local and federal efforts to control gatherings. The National Guard, activated on March 18, quickly augmented local capacities. Property crime has decreased by nearly 40 percent in the District, and violent crime is down 3 percent.

The city’s community has thinned, as Congress has recessed for an extended period and as federal workers, the majority resident in Virginia and Maryland, began to telework.

D.C. Mayor Muriel Bowser has in recent weeks operated in very close sync with Maryland Governor Larry Hogan and Virginia Governor Ralph Northam. Governors Hogan and Northam, the former in particular, have both been proactive and aggressive in securing necessary resources and implementing stringent public health measures. All three jurisdictions implemented stay-at-home orders within a day of each other, and the three leaders have indicated they will relax containment measures in close coordination with each other when the time is right. Both Governor Hogan and Governor Northam have been vocal in their calls for increased testing and their criticisms of the administration’s claims on testing. Governor Hogan recently procured a whopping 500,000 Covid-19 testing kits from South Korea. Closely intertwined with its neighbors, the District benefits greatly from Virginia and Maryland’s increasingly strong responses to Covid-19.

Q2: When do experts expect the outbreak to peak in D.C., and how many cases and deaths are projected?

A2: Projections vary on what is to be expected in D.C., which remains on the upward slope of its epidemic. The widely cited model, referenced by the White House, from the Institute for Health Metrics and Evaluation (IHME) at the University of Washington projects that D.C. has already passed peak hospital resource use and peak daily deaths, on April 15 and April 14, respectively. The IHME model projects an ultimate death toll of 170 in D.C. by early August.

In contrast, Mayor Bowser and her team believe the outbreak in D.C. has not yet reached its peak. As of early April, D.C. health officials were projecting a late June or early July peak, based on the Covid-19 Hospital Impact Model for Epidemics (CHIME) developed by the Predictive Healthcare team at Penn Medicine. That model projected 93,676 total cases in D.C., or 13 percent of the city’s population, and a range of 220 deaths in the best-case scenario to over 1,000 deaths in the worst-case scenario. The CHIME projections differ from those of the IHME model in part because CHIME assumes less adherence to social distancing and other mitigation measures than the IHME model. Mayor Bowser has called the IHME projections “too rosy.”

However, Mayor Bowser has since indicated a revised projection for the peak in D.C., in large part due to generally good adherence to social distancing in the city. On April 14, the mayor said models now show the city’s Covid-19 cases could peak in mid-to-late May. She credits social distancing and containment measures for slowing the spread.

Still in an acceleration phase, case and death numbers continue to rise in D.C., with notable jumps in deaths on April 21 and April 22. Recent news coverage of confirmed cases among Whole Foods workers in D.C. underscores the continued vulnerability of essential workers in the city. As in other parts of the country, the pandemic is having a disproportionate impact on minority populations. Black residents make up about 46 percent of the total population of D.C., but as of April 22, 80 percent of Covid-19 fatalities in D.C. have been black residents. Pressures are mounting on the city leadership to take active measures to address these disparities.

A3: As of April 22, 15,502 people have been tested in DC, about 2 percent of the city’s population. The city has pushed in recent weeks to raise its testing numbers and now ranks seventh in the nation in terms of per capita testing by states and territories, a sad commentary on the overall continued woeful state of testing across the United States. D.C.’s testing effort includes drive-through and walk-up testing sites throughout the city. Testing criteria emphasize those with symptoms and in priority groups such as healthcare workers, critical infrastructure workers, and individuals at higher risk of serious illness. As in other parts of the country, shortages of personal protective equipment (PPE) and testing reagents persist. When people do finally get tested, the reality of the virus circulating within the population is revealed: 20 percent of those tested are positive for Covid-19.

Q4: How are D.C. hospitals and healthcare providers increasing their capacity to handle a potential surge?

However, those projections are based on estimates of pre-Covid-19 health care resources. The city government and healthcare providers in D.C. have taken recent steps to increase capacities. Mayor Bowser has said the city is on track to reach its goal of adding 1,000 hospital beds in April. The D.C. convention center is being prepared to hold between 500 and 1,200 beds, though the mayor has referred to this extra capacity as an “insurance policy” that hopefully will be unnecessary. The city continues to work to acquire ventilators and had only modestly increased its number of ventilators from 405 on March 25, when about 36 percent were in use, to 432 on April 6, with about 41 percent in use.

The Army Corps of Engineers, having concluded that the risk of Covid-19 in D.C. is low to moderate, has opted to concentrate its emergency medical initiatives (such as military field hospitals and medical stations) in other urban centers of higher risk.

At present, D.C. is far from equipped to begin relaxing social distancing requirements. Far more capacity will be needed to test, isolate and quarantine, and conduct contact tracing before it will be safe for the city to begin the first phase of reopening, as laid out in the President’s guidelines for reopening.

A5: Through early-mid March, Mayor Bowser was aligned with the business community in resisting cancellations and closures that could hurt the city’s tourism industry. However, all non-essential businesses in D.C. have been closed since the evening of March 25, and Mayor Bowser has extended closures through at least May 15. The D.C. public school year will end three weeks early, on May 29. Criteria for reopening are likely to include sustained declines in new cases, deaths, and hospitalizations, increased testing and contact tracing, and expanded hospital capacity to absorb any patient surges.

Unemployment has spiked in the city, as it has across the country. Over 55,000 people have filed unemployment claims in Washington, D.C., and an antiquated claim-filling website has been overwhelmed by the sudden increase in claims. D.C. Chief Financial Officer Jeffrey DeWitt has said the city expects to lose about $607 million in revenue through September and will need to cut spending by an estimated $600 million over the next year.

Experts believe this is just the first wave of unemployment claims, caused mainly by the severe shock to the hospitality, retail, and restaurant industries. The next wave may consist of salaried workers as other sectors are affected.

The city also did not receive as much funding as officials had expected in the main Congressional stimulus package. The $2.2 trillion bill, essential to offsetting the effects of the worsening economic crisis, designated D.C. as one of six territories, rather than a state. Under that status, D.C. is expected to receive about $500 million, or $750 million less than the minimum $1.25 billion guaranteed to all states. At the time of the bill’s passage, D.C. had more Covid-19 cases than the other five territories combined and more than many states. D.C. is typically treated like a state by Congress in key federal funding areas such as food assistance, education funding, and Medicaid reimbursement. Unlike residents of the territories, D.C. residents also pay federal taxes. Officials have called for more funding for D.C. in future legislation, and President Trump has indicated he will consider it.

Stephen Morrison is senior vice president and director of the Global Health Policy Center at the Center for Strategic and International Studies in Washington, D.C. 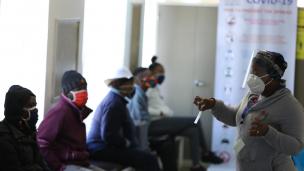 Online Event: The Scramble for Vaccines and the COVAX Facility
August 11, 2020
Report 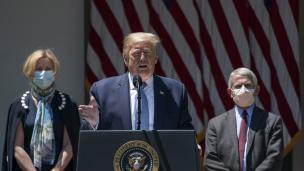 Is It Possible to Avert Chaos in the Vaccine Scramble?
By J. Stephen Morrison, Anna Carroll, Katherine E. Bliss
August 6, 2020
In the News

US Covid Testing Has Been a Historic Catastrophe. Is Trump’s Testing Tsar Brett Giroir to Blame?
The Guardian | David Smith
July 31, 2020
Commentary 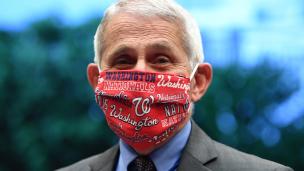 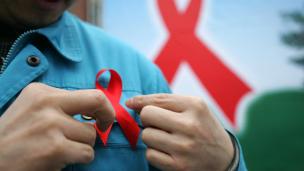 Online Event: Highlights from the Virtual AIDS 2020 Conference
July 24, 2020
View all content by this expert