Crisis in Iraq and Military Options: “By, With, and Through Who?”

As Iraq increasingly stumbles in the face of an overt threat from the Islamic State of Iraq and al Sham (ISIS), troubling questions emerge about how the United States might assess and address instability in the Middle East and wider threats posed by unconventional or irregular forces. In short, the “by, with, and through” approach to complex civil conflicts in the Middle East is running headlong into the reality of flawed partners.  Without some material demonstration of American resolve now, much worse conditions may be in the offing.

Q1: What are the principal strategic risks associated with the escalation in violence in northern Iraq?

A1: Violent dissolution of legitimate authority in northern Iraq is now about much more than ISIS or a resurgent al Qaeda. There were always two outcomes American policy could not countenance after 2011’s withdrawal of U.S. forces. The first was an Iraqi government whose interests were ultimately more aligned with the Iran and Syria than they were with our own. And, the second was a terminally weak Iraq that proved to be fundamentally destabilizing to its neighbors by virtue of basic failures of security and governance. Sadly, American policymakers find themselves on the doorstep of both as a brutal and unbroken sectarian conflict rages across large swaths of Syria and Iraq and the Maliki government finds itself increasingly drawn toward the flawed sanctuary that is common cause with Damascus and Tehran.

An already toxic regional conflict over Syria’s destiny has suddenly expanded geometrically to engulf an even more important regional actor. As a result, clear hazards to U.S. interests are manifest. Among them are the future stability of the Gulf Arab states, Jordan, and the Kurdish Regional Government (KRG); the security of Turkey’s vulnerable southern border; and the prospect of an ungoverned cockpit of violent discontent that might soon stretch south and east from the Mediterranean to the Arabian peninsula. Combined, these pose grave threats to the physical and economic security of the United States and its partners.

Q2:  What are the basic contours of an effective U.S.-led military approach?

A2: There is really only one general approach open to the administration at this juncture: contain the hazard and limit its impact on our most important regional interests and partners. This approach is clearly unpalatable to those who have since 2011 wanted to strictly limit U.S. involvement in the Middle East’s interminable sectarian conflicts. It is also profoundly unsatisfying to those who are convinced that an ideal politico-security outcome in Iraq was actually at one point “ours to lose.”
In the first instance, regardless of how or why we got to this point, we do bear some responsibility for seeing a minimally acceptable outcome emerge. After all, we started the war. And, as a result, we cannot run from a basic responsibility to staunch the bleeding. On the second point, recognize Iraq was already terminally weak when we arrived in 2003.  And, we, ultimately, became the agents of its near-total collapse. We did take a run at building a stable, durable, and enduring Iraqi state. But, that effort has long-since breached all realistic U.S. risk and cost thresholds. The “Iraq War” is now truly “Iraq’s War”. However, we can take steps to actively manage its worst effects and, in the process, maintain some leverage over future outcomes.

Q3:  Given a modest management approach, what should our priority lines of effort be?

A3: In addition to essential diplomatic efforts focused on political reconciliation, the United States can and should take two major military steps now to help stabilize the situation and secure a minimally acceptable and manageable outcome. At a minimum, these would demonstrate American resolve and would re-establish some U.S. regional leverage. The alternative might very well be a much closer entente between Iraq and Iran.

The first priority is helping Iraqi authorities contain the contagion. Through the discriminating application of U.S. force and forces, the United States can enable Iraqi combat actions, inject new confidence in Iraqi security forces, and, by doing so, prevent their outright failure. This includes infusion of some command and control, intelligence, surveillance, and reconnaissance (ISR), air- and sea-based precision fire support, and, perhaps most controversially, combat advising capabilities. Frankly, targeted application of U.S. special operations forces in direct action could also prove to be a distinct combat multiplier and may have a dramatic psychological impact on Iraq’s adversaries. As our lingering moral responsibility in Iraq is the protection of vulnerable minority populations, these actions combined will also allow us to monitor and impact the conduct of operations and the behavior of Iraqi security forces.

The second priority involves shoring up direct U.S. military support to Turkey, Saudi Arabia, Jordan, and the Kurdish Regional Government (KRG). This too is largely an enabling mission involving the provision of high-priority equipment and training, ISR, logistics, and combat advising. However, it may also benefit from some physical commitment of U.S. ground combat forces. For example, on a limited basis and only at the request of the host nation, U.S. ground units might be useful backstops for local forces, as they can assume some routine low-visibility security duties and free up local forces for more overt operations along their frontiers and throughout their vulnerable interior.

Q4:  What are the downsides to this approach?

A4: Unfortunately, there is significant uncertainty about the overall outcome with or without U.S. support. However, re-establishing a limited but visible U.S. presence in and around Iraq will communicate to regional partners that we continue to have a vested interest in a favorable resolution to the generalized crisis across the Levant and northern Persian Gulf regions. For the period of their employment, American forces will clearly be in harm’s way. And, there will be physical hazards to American troops. These are offset, however, to some extent by the familiarity of U.S. forces with the environment and its endemic hazards. Further, without a material commitment of U.S. force and forces now, there is significant risk of even more troubling and unmanageable conditions emerging in the future.

Q5: What is the endgame?

A5: Again, it is fairly unsatisfying but, nonetheless, important. If we act now to bolster Iraq, with some significant stipulations regarding Iraqi political reconciliation, we can limit very real hazards to the most important U.S. interests in the region: a less destabilizing Iraqi civil conflict, a more secure Arabian Peninsula and Turkey, Jordan inoculated against contagion and disorder, and a stable and self-sustaining KRG.  Absent action, however, all bets are off.

Nathan Freier is a non-resident senior associate at the Center for Strategic and International Studies in Washington D.C. 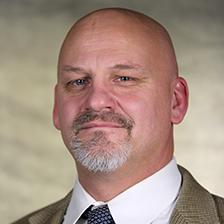 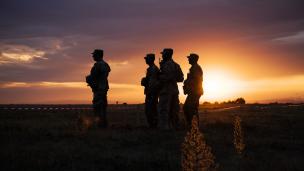 The War on ISIL: A High-risk Endeavor
By Nathan Freier
September 12, 2014
Commentary 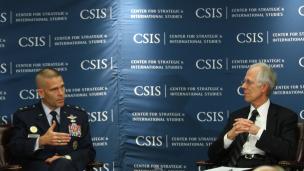 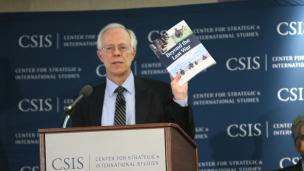 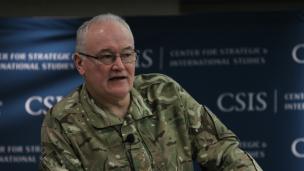 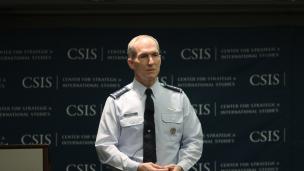