As a rule of etiquette, discussing religion or politics at the dinner table is generally not recommended. The politics of lunar exploration, however, may prove a curious exception.

Not only is this topic whetting states’ appetites, but the number of guests seated at NASA’s Artemis “dinner table”—now set for a party of 10—is increasing too. NASA’s Artemis program is preparing to add an 11th dining chair to welcome South Korea following the May summit with U.S. president Joe Biden and South Korean president Moon Jae-in.

A1: The Artemis program is an international space initiative to land the first woman and the next man on the moon by 2024. According to NASA, “International cooperation on Artemis is intended not only to bolster space exploration but to enhance peaceful relationships among nations.” This effort also includes collaborating on the first human mission to Mars. The space program’s central pillar is the Artemis Accords, a series of nonbinding principles that articulate standards of behavior to support space exploration and cooperation among the member nations. Presently there are nine signatory countries: Australia, Canada, Italy, Japan, Luxembourg, the United Arab Emirates, Ukraine, the United Kingdom, and the United States. A tenth “dining chair” was reserved for Brazil in December 2020 when Brazil’s minister of science, technology, and innovation signed a statement of intent to join. Most recently, South Korea has expressed interest in signing the accords. According to the U.S.-ROK Leaders’ Joint Statement, the countries’ leaders are committed to “strengthening their partnership in civil space exploration, science, and aeronautics research and will cooperate towards the ROK signing the Artemis Accords.”

Q2: Is 2024 still NASA’s goal for human exploration of the moon?

A2: Unclear. On the one hand, NASA’s Artemis program has not formally announced any changes to the aspirational 2024 human landing goal.

On the other, NASA administrator Jim Bridenstine is concerned about inadequate funding from Congress in support of NASA’s Human Landing System program, which received only a quarter of its funding request in fiscal year 2021. Looking ahead, President Biden’s Fiscal Year 2022 Defense Budget requests $752.9 billion for national defense—$20.6 billion of which is specifically reserved for investing in space and space-based systems like Overhead Persistent Infrared (OPIR) systems and five new launch vehicles. Additionally, SpaceX president Gwynne Shotwell is skeptical about the timeline for the 2024 landing goal, reasoning “It was a long shot to begin with.” According to U.S. congressman Don Beyer of Virginia, the new chair of the House Subcommittee on Space and Aeronautics: “The 2024 goal may have been a reach, so let’s see what we can do to get our moon landing back on track.” Overall, it is unclear whether NASA is on schedule to meet its 2024 goal under the new defense budget.

A3: Yes. A notable example is China’s National Space Administration (CNSA), which aspires to launch several lunar exploration missions and construct a moon-based research station in the 2030s.

According to CNSA spokesperson Xu Hongliang, China “welcome[s] other countries around the world that are carrying out international moon base construction programs to join us, and make contributions to the cause of enhancing human well-being with space solutions.” For example, Russia has signaled strong interest in working with China to develop an international lunar research station. On March 9, Russia’s Roscosmos space agency and China’s CNSA signed an agreement to cooperate on the establishment of a shared lunar research center and an agreement to pursue deep space exploration with the Chang’e-7 mission and Luna-Resurs-1 Russian orbital spacecraft mission. In light of President Xi Jinping’s recent announcement that China needs to transition from “Wolf Warrior” diplomacy to instead “make friends, unite and win over the majority,” these changes could have reverberating effects on space policy and partnership formations.

Q4: Why are the Artemis Accords significant?

A4: Apart from the scientific value in promoting international collaboration to explore the moon and Mars, these accords also carry historical and geopolitical significance. President Biden’s endorsement of Artemis is historically significant because it could become the first “deep-space human exploration program,” with continuity in funding between presidential administrations since the Apollo program.

Artemis’s geopolitical significance is rooted in the fact that it emphasizes the centrality of the 1967 Outer Space Treaty. The treaty promotes “the exploration and use of outer space for peaceful purposes” in the common interest of humanity. According to NASA spokesperson Mike Gold, the accords are fundamental to helping “avoid conflict in space and on Earth by strengthening mutual understanding and reducing misperceptions.” Fundamentally, the accords help signal to other nations what it means to be a good steward of space.

Even despite the enduring competition for lunar exploration between major space powers like Russia, China, and the United States, there is still tremendous potential for international partners to work together to demonstrate what good stewardship looks like. Such contrasting viewpoints are best encapsulated in the adage: “We can either complain because rose bushes have thorns, or rejoice because thorns have roses.” Recognizing this duality is a necessary first step towards developing a unified international space security strategy with partners and allies.

Zhanna Malekos Smith, J.D., is a senior associate (non-resident) with the Strategic Technologies Program at the Center for Strategic and International Studies in Washington, D.C., and a professor of cyber warfare studies with the Air War College.

The views expressed are those of the author and do not necessarily reflect the official policy or position of the Department of Defense or the U.S. government. 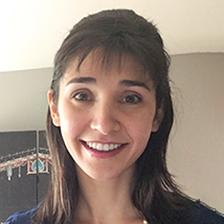 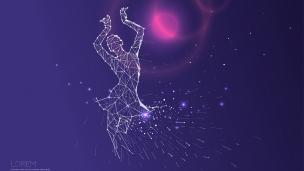 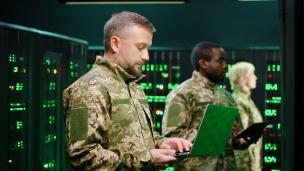 Emerging Cyber Threats: No State Is an Island in Cyberspace
By Zhanna Malekos Smith
March 23, 2022
In the News

Where is Russia’s cyberwar? Researchers decipher its strategy
Nature | Elizabeth Gibney
March 18, 2022
View all content by this expert