The Deep Roots of the Solomon Islands’ Ongoing Political Crisis

Deadly riots broke out in the Solomon Islands capital of Honiara, on the main island of Guadalcanal, on November 24, after Prime Minister Manasseh Sogavare refused to meet with protestors from Malaita, the nation’s most populous province. During the riots, businesses were looted and then torched, predominantly in Honiara’s Chinatown, where three bodies were found. When the prime minister’s residence and the parliament building were dangerously close to also being breached by rioters, Sogavare issued an urgent plea for international assistance. Australian forces began arriving on November 26 to restore calm, followed by those from Papua New Guinea, Fiji, and New Zealand. 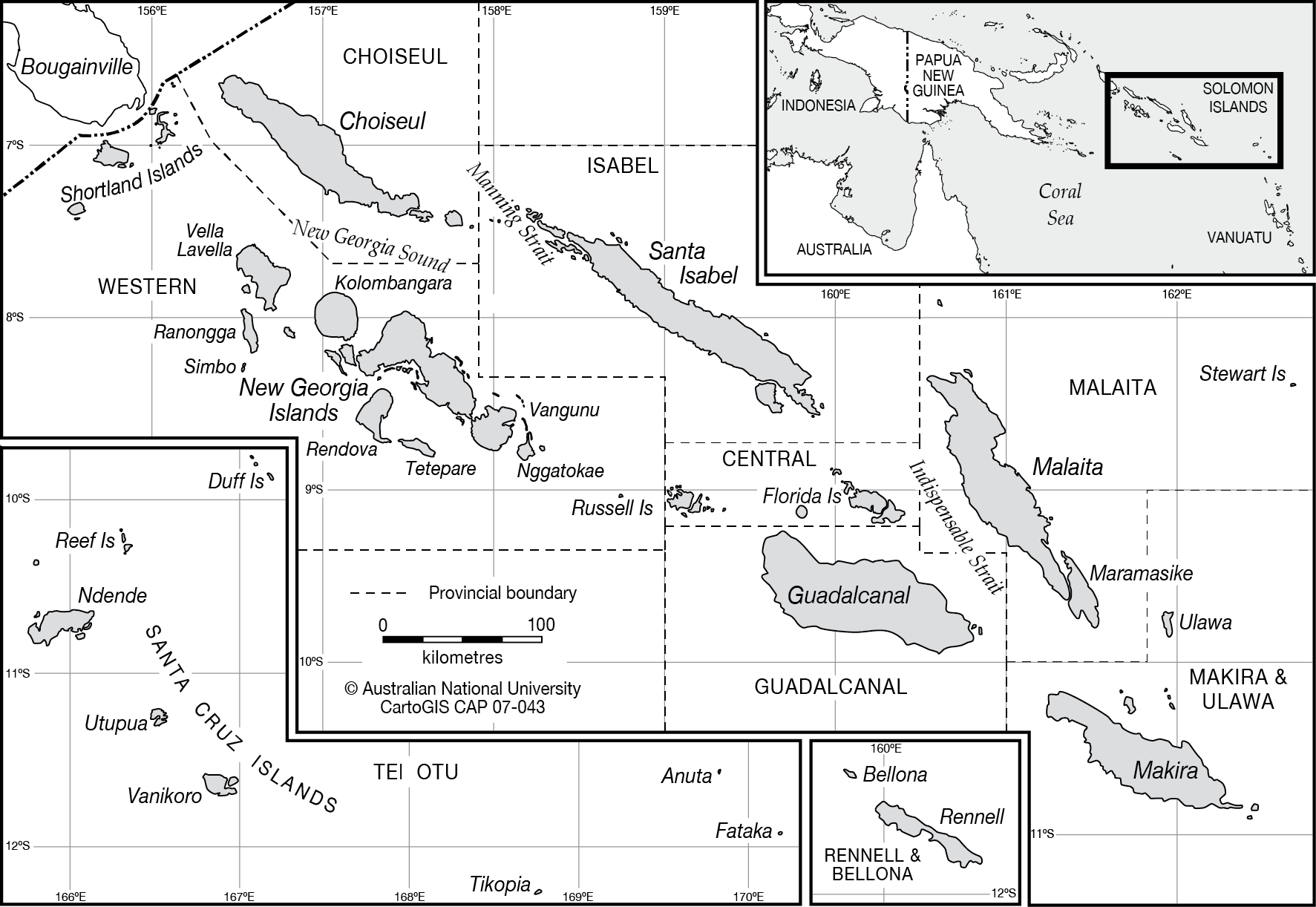 Q1: What is happening in the Solomon Islands and why has it attracted international attention?

A1: The Pacific nation seems poised for further unrest following the defeat of a no-confidence vote against Sogavare on December 6. Tensions remain high, though the enactment of a slew of emergency powers and the presence of peacekeepers are ensuring an uneasy calm. Honiara is experiencing acute food and fuel shortages due to the destruction of its commercial infrastructure, and the peacekeeping presence—which has been criticized in some quarters for propping up Prime Minister Sogavare—is intended to be short term. Long-standing domestic tensions behind the riots remain not only unresolved but more acute. Mapped onto the fractious domestic context are the corrosive effects of international rivalries.

International rivalries have escalated in the Solomon Islands since Prime Minister Sogavare made the sudden decision to switch the nation’s diplomatic recognition from Taiwan to China in September 2019. Taiwan had been a strong supporter of Malaita, and the cessation of its aid to the province has worsened the economic disparities that are driving Malaitan anger toward the national government. The role of China, as well as Taiwan, the United States, and Australia, has been prominent in the course of recent events. These countries’ involvement has exacerbated the internal fissures of the Solomons but is not the underlying cause of unrest.

During the highly charged parliamentary speeches on December 6, Opposition Leader Matthew Wale said that contrary to many misconceptions, the prominent involvement of China in Solomon Islands politics was not the root of the nation’s problems. Instead, he pointed to the prime minister’s “deception,” “lack of consultation” with other political leaders and provincial governments, and “looting from the top” as the problem. Sogavare countered with an enraged speech where he denounced the no-confidence motion as an attempt by the opposition leader, “using lawlessness and criminal activity,” to take over the nation’s political leadership.

Ahead of the no-confidence motion, one member of parliament went public with accusations that he was offered a cash payment for siding with the prime minister. The cash payment, to be made directly into supporting lawmakers’ bank accounts, allegedly was to come from the China-funded National Development Fund, over which Sogavare has complete discretion. Sogavare’s use of the fund to shore up his political support is widely known.

Q2: What role have outside powers played in the Solomon Islands leading up to the riots?

A2: In April 2019, Sogavare was sworn in for his fourth term as the Solomon Islands’ prime minister. His reascension to national leadership was controversial, and riots in Honiara were narrowly avoided at the time. Sogavare came to power again without a strong governing record and was not seen by many to be the answer to the nation’s many problems. In September 2019, he suddenly switched the nation’s 36-year diplomatic allegiance from Taiwan to China. Allegations of corruption proliferated. A few days after that shock announcement, it came to light that a Chinese company had been granted a 75-year lease on an entire island, Tulagi, without landholder knowledge or consent. This deal was deemed illegal but was a taste of the favored status Chinese firms were to enjoy in the Solomon Islands under the renewed leadership of Sogavare.

In October 2020, the United States entered the Solomon Islands political arena by announcing a $25 million aid package to Malaita, which wants to reestablish diplomatic ties with Taiwan, for a Strengthening Competitiveness, Agriculture, Livelihoods and Environment (SCALE) Program. This pledge was 50 times larger than the assistance that Malaita had received from all nations in 2018.

In October 2021, Chinese-backed politicians in Malaita attempted to oust the province’s premier, Daniel Suidani, from his position. These moves were unsuccessful and were met with protests in the streets of Auki, the Malaitan capital, later that month. Demonstrators protested not only the attempted ouster of Suidani, but what they saw as the central government’s punitive withholding of development projects and other forms of support from Malaita, which is suffering from multiple economic issues. One month later, Malaitan protesters sought the meeting with Sogavare that led to the riots in Honiara.

Q3: How do historical tensions inform the current political crisis?

A3: The prospect for further unrest looks more likely after Malaita premier Suidani on December 6 called for “self-autonomy” for the province. Suidani’s call came with an appeal to the United Nations Security Council to assess the Solomon Islands national government’s progress in meeting its obligations under the 2000 Townsville Peace Agreement. The United Nations brokered that agreement between hostile forces from Guadalcanal and Malaita, which had begun fighting in 1998. The outbreak of hostilities followed 10 years of government inaction to address tensions in Honiara between people from Guadalcanal and “settlers” from other islands. The preamble to the Townsville Peace Agreement noted that in 1998, “armed groups of Guadalcanal youths . . . engaged in activities which resulted in the forceful eviction from Guadalcanal of settlers from other islands,” predominantly from Malaita, resulting in the “displacement of approximately 20,000 Malaitans.” Twenty-one years on from the agreement, Suidani argues that recent rioting in Honiara is rooted in the central government’s lack of attention to the inequities that caused the armed conflict of the late 1990s.

The Townsville Peace Agreement stipulated that the central government address economic and social disparities in Malaita Province that were made worse by the mass exodus back to the island due to the violence in Honiara in 1998. The situation was not resolved and escalated to the point that by 2003, the Solomon Islands was considered a “failed state.” According to a 2003 assessment, “over the past five years, a slow-burning political and security crisis has paralyzed the country's capital, stifled its economy, disrupted government, discouraged aid donors, and inflicted suffering and hardship on its people.”

That the Solomon Islands was a failed state took on a greater sense of urgency, especially in Australia, in the heated international context following the September 11, 2001, attacks and the October 12, 2002, Bali bombings. This heightened fears that the Solomon Islands was vulnerable to an al Qaeda cell, which helped lead to the formation of the Regional Assistance Mission to the Solomon Islands (RAMSI). At the request of then-Solomon Islands prime minister Allan Kemakeza, the first RAMSI contingent arrived in Honiara in July 2003. Made up of personnel from all 15 Pacific Island Forum member states and led by Australia, RAMSI’s mission was not only to restore peace but to build the nation’s institutions and economy. RAMSI stayed in the Solomon Islands in various forms for 14 years.

Despite RAMSI’s presence, riots broke out in the capital in 2006 after the election of Prime Minister Snyder Rini. The violence then shared many similarities with the November 2021 riots. Twenty-five RAMSI police officers were injured and Chinese-owned businesses in Honiara were looted and burned. Rini, who had been deputy leader to Kemakeza and was tainted with corruption allegations, resigned eight days later after he lost a no-confidence motion. A report into the riots at that time noted that they happened against a backdrop of non-delivery of essential government services. The targeting of ethnically Chinese residents was due to the perception that foreigners (though many Chinese were born in the Solomon Islands) “monopolized business activity in Honiara.” Some politicians promised supporters that they would “kick the foreigners out and distribute their businesses to Solomon Islanders,” many of whom lived (and still do) in a state of grinding poverty.

Now, with Prime Minister Sogavare retaining his position, deep-seated Malaitan grievances with the Solomon Islands government remain not only unresolved but more acute. Given the nation’s past, there is a very high likelihood unrest will continue. What makes this scenario more ominous than in the past is that international actors may intervene and militarily support opposing sides. For instance, the Chinese government has said it is “taking all necessary measures to safeguard the safety and lawful rights and interests of Chinese citizens and institutions in Solomon Islands.” What these “measures” will entail is not clear.

Patricia A. O’Brien is an adjunct fellow (non-resident) with the Asia Program and Pacific Partners Initiative at the Center for Strategic and International Studies in Washington, D.C. 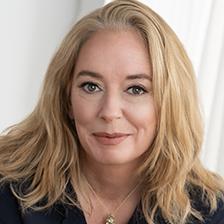 Most Recent From Patricia O’Brien

What Did the US-Pacific Summit Achieve?
The Diplomat | Patricia O’Brien
October 6, 2022
In the News

What to Watch for as the US-Pacific Island Country Summit Begins
The Diplomat | Patricia O’Brien
September 28, 2022
In the News

Sogavare the Spoiler and the US Pacific Partnership Strategy
The Diplomat | Patricia O’Brien
September 28, 2022
In the News

US takes a renewed interest in the Pacific – and China’s role in it
The Conversation | Patricia O’Brien
September 12, 2022
In the News

The Domestic Politics of Sogavare’s China-Solomons Tryst
The Diplomat | Patricia O'Brien
September 8, 2022
In the News

Can the US Open a 'New Chapter' With the Pacific?
The Diplomat | Patricia O'Brien
July 14, 2022
In the News

In the Solomon Islands, Wong takes first tentative steps in repairing a strained relationship
The Conversation | Patricia A. O'Brien
June 19, 2022
View all content by this expert