Defense Against the Dark Arts in Space: Protecting Space Systems from Counterspace Weapons

Report can also be found here.

The proliferation of counterspace weapons across the globe often calls into question what can be done to best protect satellites from attack. This analysis from the CSIS Aerospace Security Project addresses different methods and technologies that can be used by the United States government, and others, to deter adversaries from attack. A wide range of active and passive defenses are available to protect space systems and the ground infrastructure they depend upon from different types of threats. This report captures a range of active and passive defenses that are theoretically possible and discusses the advantages and limitations of each. A group of technical space and national security experts supported the analysis by working through several plausible scenarios that explore a range of defenses that may be needed, concepts for employing different types of defenses, and how defensive actions in space may be perceived by others. These scenarios and the findings that resulted from subsequent conversations with experts are reported in the penultimate chapter of the report. Finally, the CSIS Aerospace Security Project team offers conclusions drawn from the analysis, actionable recommendations for policymakers, and additional research topics to be explored in future work.

This study was made possible by the generous support of the Smith Richardson Foundation and general support to CSIS. While this report borrows the story and imagery of Harry Potter, we do not share the author’s discriminatory views. The Aerospace Security Project team and CSIS support equality and representation for all, including the trans community, and we strive to create an environment where people of all backgrounds are heard and included. With the Harry Potter theme, we want to reaffirm some of the values the characters and stories taught us: friendship, courage, selflessness, and being true to oneself. 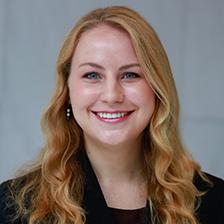 Reaching out: How the US intends to extend the operational range of its future fleet
Shephard Media | Tim Martin
August 12, 2022
On Demand Event

Battle Networks and the Future Force
By Todd Harrison
March 4, 2022
On Demand Event

Dancing Lights in Space: How to Manage The Risks of Satellite Close Approaches in Geostationary Orbit
January 26, 2022
View all content by this expert