More than half a century ago, a Japanese finance official and a private-sector adviser, who had first helped run the Japanese war machine and then took lead roles in the U.S. occupation to transform Japan’s battered economy, drew up the blueprint of what was to become Asia’s premier development finance institution. After 50 years of development lending, the Asian Development Bank (ADB) has much to celebrate. The $250 billion it has mobilized over those years to fund infrastructure, knowledge transfer, and technical assistance played an important role in making Asia the world’s fastest growing region.

In the last few years, renewed interest in infrastructure and the role it plays in boosting productivity and growth has breathed new life into an institution that just a decade ago saw its lending drop in the wake of the Asian financial crisis and faced questions about its relevance as more of its borrowers moved into middle-income status. Today, ADB’s continued relevance depends on its ability to mobilize resources many multiples of what it has in the past to make a significant dent in the huge infrastructure financing needs of the region. It can do that only by disrupting traditional development finance by moving to a new model that focuses on leveraging private-sector funding for infrastructure rather than serving as an intermediary that mobilizes capital through its own debt issuances.

Modeled on the World Bank, ADB was created to mobilize savings through bond issuances, lending the proceeds to governments (and a far smaller part to the private sector) for development projects. Having multilateral development banks (MDBs) use developed member governments’ credit ratings to borrow cheaply to fund development projects made perfect sense at a time when developing countries had no access to international capital markets and domestically suffered from a sclerotic and in-grown banking system with shallow or nonexistent capital markets. ADB’s sectoral priorities have shifted over the years, but its basic model has remained remarkably consistent.

Circumstances have changed dramatically, however, and this traditional model is increasingly irrelevant. Emerging markets in Asia now have access to global capital markets and increasingly have deeper and more liquid domestic capital markets, though some still stubbornly cling to bank-centric financial systems. At the same time, the demand for and capacity to absorb much more infrastructure investment has risen dramatically since the 1960s and far outpaces the ability of MDBs to finance directly. ADB estimated that Asia needs $8.5 trillion in infrastructure investment between 2010 and 2020, of which ADB and the World Bank only deliver about $20 billion a year.

The challenge today for MDBs is not how to mobilize excess savings but how to catalyze abundant capital for development, including through more cofinancing, direct private-sector lending, project preparation, and guarantees/subsidies. ADB should no longer see itself as a mere financial intermediator between savers and emerging markets, but instead as a facilitator of the flow of private capital to projects in those countries. That facilitation should be its primary role.

ADB’s mobilization of private-sector capital has been modest to date. A robust program of cofinancing with private banks ended with the 2008 crisis. Loans to the private sector are amenable to leveraging because of higher pricing, but they still only account for less than 15 percent of ADB’s lending, and the Bank has recently abandoned its 50 percent 2020 target. The Bank has made admirable progress on promoting public-private partnerships, but turning that framework into a strong pipeline of bankable projects has been slow.

In addition, ADB managers are not adequately rewarded for cofinancing, which requires scarce (and relatively expensive) private-sector experience and more time and effort to manage. Moreover, pricing of sovereign loans is one-size-fits-all for all except the poorest Asian countries, regardless of risks and the borrower’s market-based cost of capital, making private-sector financing challenging.

Importantly, ADB is leaving on the table the trillions of dollars of institutional investor capital looking for long-term, low-risk investment opportunities tailor-made for infrastructure investment. According to a study by Standard & Poor’s, if institutional investors (insurers and pension funds) increased the percentage of investment from roughly 2 percent today to around 4 percent, the financing gap for global infrastructure spending could be bridged. This is not an unrealistic target. This pool of cash is growing particularly fast in Asia as its rising middle class drives the growth of the insurance market and pension plans. There are many efforts, including those of the Group of 20 (G20), Asia-Pacific Economic Cooperation (APEC) forum, Organization for Economic Cooperation and Development (OECD), and International Institute of Finance (IIF), aimed at attracting institutional investors to infrastructure projects.

ADB has indeed identified leveraging of private-sector finance as a priority in the recent midterm review of its 2020 strategy. But what can ADB do in concrete terms to move toward a new model of development financing?

First, create a more robust dialogue with insurers and pension funds, starting with a high-level conference involving regional chief investment officers from key institutional investors. ADB has experience working with banks and understands their needs, but it does not have the same appreciation for insurers and pension funds. For example, institutional investors’ risk appetite and profile are significantly different from those of banks and, as a result, need different tools to mitigate those risks through various guarantees, assurance, and financing structures.

Second, set a clearer and better defined target for cofinancing that includes a separate target for private-sector cofinancing. The Strategy 2020 target of matching cofinancing with ADB’s direct operations is admirable (though perhaps not ambitious enough), but definitions are vague, monitoring spotty, and managers are not yet adequately incentivized to prioritize cofinancing. The total amount of funds that the Bank catalyzes should be the relevant benchmark for its performance, not the amount of loans that it extends.

Third, look at how to ramp up project preparation and create a new business model that develops projects for “sale” to governments and potential investors. Currently, ADB (unlike the World Bank) funds its project preparation internally. While that built-in facility is a great competitive advantage for the Bank, it is not large enough to catalyze a significant increase in infrastructure investment in Asia. Developing and marketing projects would provide the revenue to expand ADB’s ability to create a larger pool of bankable projects.

Finally, ADB and other MDBs need to reexamine pricing of sovereign lending, where the potential for increasing leverage of private-sector funding is the greatest. The main impediment to securing private-sector cofinancing for sovereign lending is the subsidized interest charge. One-size-fits-all pricing effectively means that those countries with the worst credit ratings are receiving more support (defined as the difference between the rate of interest of an ADB loan and the cost of capital to that country) than those who maintain a good credit rating. That is not a rational approach. An interest rate that was closer to (but still below) the market rate would make it far easier to bring in institutional investors to cofinance sovereign lending.

ADB has a competitive advantage over some of its “competitors” to undertake this radical overhaul of development financing. Asia is home to mostly middle-income countries where more market-based financing is feasible. ADB has a robust private-sector team that, while small, is highly experienced. In contrast, the Asian Infrastructure Investment Bank (AIIB) recently lost its sole private-sector manager and appears to have put leveraging private capital on the back burner.

Japan is well positioned to lead this transition. It is home to very large institutional investors actively looking for investment opportunities outside Japan (in fact, a Japanese national from Japan’s largest insurer is leading this effort in APEC). Just as a Japanese public-private partnership launched ADB 50 years ago, today Japan has the opportunity to launch this new public-private model of development financing for the twenty-first century.

Larry Greenwood is a senior adviser (nonresident) with the Simon Chair in Political Economy at the Center for Strategic and International Studies in Washington, D.C., and a former vice president of the Asian Development Bank. 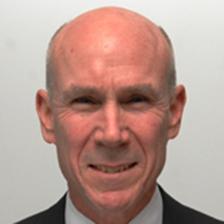 Most Recent From Larry Greenwood 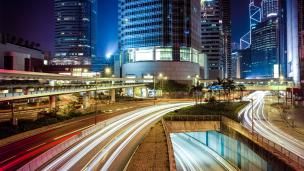 AIIB: Now Comes the Hard Part
By Larry Greenwood
February 18, 2016
View all content by this expert