The Dominican Republic is scheduled to hold presidential and congressional elections on July 5, 2020, as the original May 17, 2020, date was postponed due to the onset of the Covid-19 pandemic. This is a momentous election given the domestic and geopolitical trajectory the country has taken over the past few years. If none of the presidential candidates capture a majority in the first round, a runoff election will be held on July 26. All 190 members of the Chamber of Deputies and 32 members of the Senate will also be elected.

Incumbent president Danilo Medina of the ruling Dominican Liberation Party (Partido de la Liberación Dominicana, PLD) was first elected in May 2012 for a four-year term. A prosperous economy and high public approval ratings spurred him to seek a second term, even though the country’s Constitution prohibited it. In May 2015, he introduced a bill to amend the Constitution to allow him to seek a consecutive second term. The bill passed but with the provision that the president was explicitly prohibited from serving a third term and explicitly prohibiting Medina from being nominated in the future.

This constitutional amendment was passed to the dismay of former president Leonel Fernández—who as president of the PLD—nurtured presidential aspirations of his own in 2016. With GDP growth of 7 percent in 2015 and 6.6 percent in 2016—the highest in the Western Hemisphere—Medina easily won reelection in May 2016.

However, Medina’s desire to remain in office surfaced again. During an August 2018 nationally televised interview, he acknowledged he would decide by March 2019 whether he would seek a third term. This admission set in motion an imminent collision between Medina and Fernández as they both shared an interest in the PLD nomination for the 2020 election. This admission harmed Medina’s popularity because many Dominicans disapproved of his aspiration for a third consecutive term.

Following a July 10, 2019, telephone conversation between the U.S. secretary of state and Medina, the State Department issued a press release noting that “the two discussed the importance of all political actors in the Dominican Republic preserving democratic institutions, and adherence to rule of law and the Constitution, particularly in the lead-up to the 2020 elections in the Dominican Republic.” The timing of the conversation was not coincidental, given that the Office of the President had presumably just finished drafting the bill proposing a constitutional amendment to allow Medina to run for a third term. Ten days later he announced he would not seek another term. The president’s mention of the need for “new blood in our political life . . . and healthy competition” during his announcement signaled he would not support Fernández’s nomination.

As expected, Medina endorsed the nomination of Gonzalo Castillo—his longtime minister of public works and communications (2012–2019)—thus setting the stage for a clash between the Danilista and Leonelista factions in the PLD primary.

The PLD Primary and the Splintering of the Party

During the October 6, 2019, PLD primary, Castillo edged out former president Fernández by a mere 1.4 percentage points, capturing 48.7 percent of the vote versus Fernández’s 47.3 percent.

Fernández alleged the results were fraudulent and announced his “irreversible departure” from the PLD, sending shockwaves through the party and country—the PLD has occupied the presidency for 20 of the past 24 years. Further turmoil ensued as members of the PLD’s Political and Central Committees followed Fernández.

Shortly thereafter, Fernández announced his presidential candidacy as part of the Force of the People party (Fuerza del Pueblo, FP), transforming the 2020 presidential election into a three-way race, dividing the vote, and increasing the probability of a runoff election.

In November 2019, Fernández (FP) and Luis Abinader, of the Modern Revolutionary Party (Partido Revolucionario Moderno, PRM), formed an electoral alliance, agreeing that whoever between them captured the most votes in the presidential election would in turn receive the other’s political backing in the event of a runoff election. They also agreed to nominate joint candidates for mayor and Congress in 24 of the 32 provinces.

These dramatic events forced Medina and the PLD to rethink their electoral strategies. The country’s oligarchs (led by three families—the Vicinis, the Fanjuls, and the Carripios) had to reevaluate how best to hedge their bets to advance their respective business interests under this new, more uncertain political scenario.

The Outcome of the February 16 Municipal Elections

The Dominican Republic had scheduled its municipal elections for February 16, 2020. However, four hours into the election—at 11:11 a.m.—the president of the Central Electoral Board (Junta Central Electoral, JCE) announced the suspension of the elections because many of the automated polling stations were not displaying all candidates on the voting machine screens. This sparked a political crisis as many Dominicans took to the streets to protest the Medina government—which they suspected of complicity—as well as the JCE, whose integrity and technical capacity were called into question.

The JCE rescheduled the municipal election for March 15, 2020, and despite the early onset of Covid-19, it proceeded as planned. The PRM and FP alliance won 81 of the 158 mayoralties to the PLD’s 65, handing the ruling party a major electoral defeat.

The PRM won the mayoral races in the National District and in Santo Domingo East and West, which collectively represent almost one-third of the country’s registered voters. The National District’s mayoral race was won by former president Hipólito Mejía’s daughter, Carolina Mejía, a political force in her own right and the PRM’s vice presidential candidate in 2016.

The municipal election results revealed an appetite for political change, giving the PRM and the FP further political momentum as they head into the presidential and congressional elections.

The Onset of Covid-19 and Electoral Implications

The Dominican Republic has not been immune to the Covid-19 pandemic; the Ministry of Public Health reported 32,568 confirmed cases and 747 deaths as of June 29, 2020. Of the confirmed cases, over 70 percent have occurred in Santo Domingo (9,650), the National District (8,407), Santiago de los Callaberos (2,320), San Cristóbal (1,895), and La Vega (1,304)—totaling 55.3 percent of the 7,422,416 registered voters. Hence, the risk of low voter turnout due to Covid-19 could favor PLD presidential candidate Castillo due to public approbation for government program spending and through the PLD’s proven get-out-the vote tactics.

Castillo has tried to capitalize electorally from the pandemic by dispensing food, water, and masks and arranging “humanitarian flights” to retrieve Dominicans stranded across the region due to airport closures and flight cancellations. Given the country’s deep-rooted culture of political clientelism, it is entirely possible that the PLD’s Covid-19-related assistance will temper disapproval toward the party and its presidential candidate.

Covid-19’s direct impact on the presidential election was also felt after Abinader, the PRM presidential candidate, announced on June 11 that he and his wife had tested positive.

Although there are six registered presidential candidates competing, the election outcome will be determined by the three leading candidates—Luis Abinader (PRM), Gonzalo Castillo (PLD), and Leonel Fernández (FP).

Abinader is the scion of a distinguished political and business family. His father was a veteran member and vice president of the Dominican Revolutionary Party (Partido Revolucionario Dominicano, PRD). Like his father, Luis Abinader was also a longtime member of the PRD and protégé of former president Mejía (2000–2004). Both Mejía and Abinader resigned from the PRD in 2014 and founded the PRM. Abinader is making a second bid for the presidency; his first experience in 2016 helped him improve his ability to connect with people on the campaign trail. Abinader has also run the family businesses—ABICOR Group (tourism operators) and Cementos Santo Domingo.

Gonzalo Castillo (PLD) is a businessman turned politician, whose first political appointment was as President Medina’s minister of public works and communication. Even though he spearheaded all public works projects during Medina’s two terms and accompanied the president on many of his “surprise visits” to communities throughout the country, Castillo has never held elected office. This, in part, explains why he has not proven to be an adept campaigner. Nevertheless, Castillo has the full support of the PLD machinery.

Leonel Fernández (FP) is a seasoned former PLD politician, having served as president of the Dominican Republic for three terms—1996-2000, 2004-2008, and 2008-2012—and as president of the PLD from 2001 to 2019. During these years, he developed a network of loyalists throughout the country—which made his defection from the PLD a major setback for that party—and transformed the FP into a political force months before the presidential election. Fernández is widely regarded as an intellectual with superior oratory skills and, having grown up in New York, is known to have an affinity toward the United States.

Certain polls indicate that Abinader has enough support to win in the first round, while other polls suggest that a runoff may be required. Still, one must be careful not to read too much into the polling, for it is not always accurate, and in some cases, pollsters are more concerned with shaping public opinion rather than measuring it.

As in previous elections, it is the economy, unemployment, security, and corruption that affect how voters cast their ballots. However, the spread of Covid-19 made public health a concern.

Why Does This Election Matter to the United States?

One of the many factors that makes this election particularly important pertains to the geopolitical forces at play in the Dominican Republic involving the United States and China. President Medina broke diplomatic relations with Taiwan on April 30, 2018, to establish ties with the People's Republic of China. Medina then traveled to Beijing in November 2018 to formalize the diplomatic relationship and sign 18 bilateral agreements.

However, Medina was also aware that if he or the PLD were to be reelected for a third term, they could not afford strained relations with the United States. He sought to improve relations by casting three separate votes—two in the Organization of American States (OAS) and one in the UN Security Council—that aligned with the U.S. government position on Venezuela:


Although PLD presidential candidate Castillo’s foreign policy platform makes abstract reference to the need to “deepen, diversify, and expand bilateral and multilateral relations,” one presumes he would maintain diplomatic and commercial relations with China. Conversely, Abinader and Fernández are less committed to deepening Sino-Dominican relations and are wary of alienating the United States, which is why they have declined invitations by the Chinese government to visit.

Regardless of who wins on July 5, the next president will also be watching the U.S. presidential election on November 3 closely, as it has tremendous consequences for the future of the bilateral relationship. 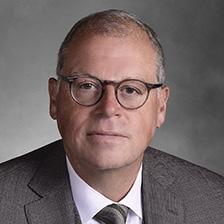 Most Recent From Armand Peschard-Sverdrup 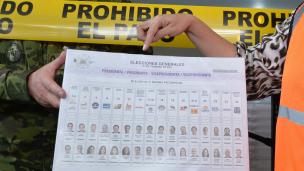 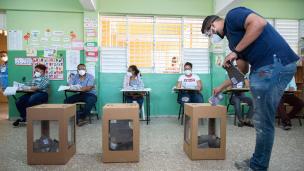 The Outcome of the Dominican Republic General Elections
By Armand Peschard-Sverdrup
July 20, 2020
In the News

Why Trump? Why Now? Behind Mexican President Andrés Manuel López Obrador's Big Trip to the US
CNN | Matt Rivers
July 8, 2020
In the News

Cartel Violence Helps Boost Armored Car Sales In US
January 26, 2012
In the News