A Dramatic Year Fails to Smooth the South China Sea

The Seventh Annual CSIS South China Sea Conference on July 18 brought together security, legal, and environmental experts to review events of the past year. The participants had a lot of ground to cover: the impact of the arbitral tribunal’s award in Manila’s case against Beijing, the near-completion of China’s artificial island bases in the Spratly Islands, and the elections of Rodrigo Duterte in the Philippines and Donald Trump in the United States.

Given this raft of new developments, it is striking how calm the South China Sea has been over the last year and how little has changed regarding the core issues. The arbitral tribunal’s award—released to great interest the same day as last year’s CSIS South China Sea Conference—has had limited impact due to a combination of China’s refusal to accept the ruling and the decision by the Philippines under Duterte not to press the issue. Despite diplomatic outreach and talk of cooperation by China, Beijing continues to threaten other claimants engaged in behavior it does not approve of. This became painfully obvious in mid-July when China reportedly coerced Vietnam into halting oil and gas drilling in an area of Vietnam’s claimed continental shelf that falls within the nine-dash line.

Participants at this year’s conference discussed China’s artificial island bases in the Spratlys more for their potential long-term effects than for any use over the past year. The balance between military and civilian activities planned for these dual-use facilities is unclear, as is the nature and tempo of future military operations from them. Disagreement remains over how great the bases’ impact will be both for peacetime competition and in a potential regional conflict.

Duterte has seemingly upended the situation in the South China Sea with his rhetorical bluster and about-face on policy toward Beijing. But some experts at the conference suggested there may be less volatility in Manila than meets the eye, with diplomatic outreach to Beijing coupled with continued, if quiet, support for the tribunal ruling and the U.S. alliance. Duterte’s strategic vision is not clear, but his foreign policy moves thus far do not indicate a sea change in Philippine foreign policy.

Many experts, meanwhile, noted relief in the region that the new U.S. administration has not ignored Southeast Asia as feared and instead has demonstrated policy continuity in the South China Sea, at least on the part of the Pentagon, through recent freedom of navigation operations. The region remains uncertain about the Trump administration’s goals and broader strategy for Asia, but is cautiously optimistic that Washington will lay out its broader vision at ASEAN-led meetings later in the year.

Overall, the conference painted a relatively calm but unstable state of play in the South China Sea. It suggested that skepticism is warranted over the chances that diplomatic efforts will lead to any game-changing breakthroughs in the near term and that ongoing developments, including militarization of artificial islands and resource competition, could significantly alter the dynamics of this long-running and entrenched dispute. But if there is a key takeaway from the conference, it is that a landmark international legal ruling, the completion of China’s massive military infrastructure project, and political earthquakes in two key players left the dispute no closer to resolution than it was a year ago.

Nonetheless, the claimant states continue to work to manage their disputes diplomatically, both bilaterally and through mechanisms like the China-ASEAN discussions on a framework code of conduct. While coercion by military and law enforcement vessels remains a concern, the claimants are so far refraining from using military force to advance their claims, though Beijing’s reported threat of force against Vietnam over oil exploration could be a worrying signpost for the future. Freedom of navigation for commercial traffic through the South China Sea faces no serious challenges, though the same cannot be said of other lawful uses of the sea by Southeast Asian states and others. The U.S. military continues to fly, sail, and operate wherever international law allows despite pro forma protests and the occasional unprofessional intercept by China.

U.S. policy in the South China Sea should seek to maintain stability and deter aggression while acting where possible to move trends in a positive direction. Long-standing U.S. positions of support for international law, peaceful settlement of disputes, and defense of allies should be maintained, as should U.S. neutrality over questions of sovereignty. The United States should support continued discussion between China and the other claimants, on both a bilateral and multilateral basis, while remaining clear-eyed about the limitations of current frameworks for managing the disputes. Ultimately a negotiated solution is the only way to manage and eventually resolve the South China Sea disputes, and the United States should encourage the claimants to move in that direction even if the prospects seem dim or the timetable depressingly long. If, as expected, the ASEAN-China framework for a code of conduct proves a disappointment, the United States should support creative diplomatic alternatives, including under an ASEAN-minus format (meaning ASEAN minus the noninterested parties like Cambodia, Laos, Myanmar, and Thailand).

Policymakers and commentators in the United States would also be well advised to devote more attention to the environmental damage caused by coral reef destruction and overfishing in the South China Sea. While environmental challenges get far less coverage than traditional security threats do, this year’s South China Sea Conference again made clear that environmental destruction and overfishing are arguably the most urgent priorities for the claimant states to address. An imminent collapse of fish stocks could affect the food supply and livelihoods of millions of people around the South China Sea, making the area a natural and relatively less-controversial one to encourage greater cooperation between the claimant states.

(This Commentary originally appeared in the July 27, 2017, issue of Southeast Asia from Scott Circle.) 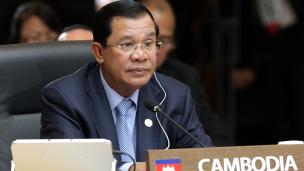 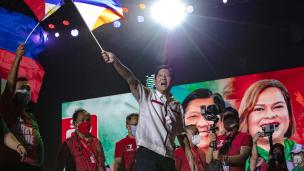