Egypt: The President and the Military

President Mohamed Morsi of Egypt shook up the military establishment on Sunday, August 12. After months of analysis suggesting that the military was preventing Egypt’s elected civilian government from establishing any meaningful control, Morsi retired his powerful defense minister and replaced a number of senior generals. While the actions came in the wake of an attack on a Sinai military outpost, the implications of the changes profoundly affect Egypt’s political structure.

Q1: Do the weekend’s shifts in military personnel mean that Egypt’s civilian leadership now has a firm upper hand on the military?

A1: Probably not. The easy way to see this is as the rise of a dynamic and emboldened President Morsi, and it is true that Egypt’s top three military officials were pushed out within a week of each other. Yet, doing so has not triggered the antibodies that one would have expected. The quiet deliberation with which this has been done, and the military’s apparent acquiescence, suggests broad internal military support for the move.

If the military remains quiet, one must assume that a deal has been brokered. The simple triumph of Islamist politicians over military officers would have aroused more resistance in the military. Some of this deal has to include giving the military things it wanted—presumably among them assurances that Egypt would not nullify its peace treaty with Israel and that military budgets would remain sacrosanct. In exchange, General Abdul-Fattah el-Sisi, the newly appointed defense minister, must have been willing to take military fingers off a range of civilian issues.

Q2: What does this tell us about Egypt’s military politics?

A2: We still don’t understand Egypt’s military politics, but there have been signs of differing approaches among the leading generals. The former head of the General Intelligence Directorate, General Murad Muwafi, for example, held extensive meetings with a broad range of political actors and was thought to favor more diverse politics. Former chief of staff Sami Anan acted as a realist but in no way as a liberal; many thought he sought to replace Field Marshal Mohamed Hussein Tantawi and lead the military in taking on an enduring political role. Al-Sisi, who formerly headed military intelligence, was always something of a cypher, but Egyptian insiders have been whispering for more than a year that military intelligence has had its own institutional ambitions. With the weekend’s moves, it seems to have established itself not only as the military’s interlocutor with the civilian leadership, but also as its preeminent force.

Q3: What does this mean for Egypt’s civilian politics?

A3: It’s too early to say. Legally, Morsi has removed many of the barriers the military had established to ensure that non-Islamist voices would play a large role writing Egypt’s constitution. One could look at the Muslim Brotherhood’s recent political record of overreaching and grow quite alarmed. Such a reading, however, suggests that the army felt unwilling or unable to influence the constitution-writing process. It is more likely that the military and the civilian leadership have reached quiet understandings on the issue. It certainly warrants sustained vigilance.

Q4: What does this mean for the U.S. relationship? For Israel?

A4: There are positive signs each can take from the personnel moves. Elevating General Mohamed al-Assar to deputy defense minister gives a higher profile to the person who has been responsible for the U.S.-Egypt bilateral relationship for more than a decade. Al-Sisi himself has had extensive dealings with the United States on practical terms, often involving engagement with Israeli counterparts, so the moves strongly suggest that Egypt will try to create stability and continuity on the Israeli border.

Q5: What about the Gulf Arab states?

A5: It is harder to read their assessments, but many have been deeply skeptical of the Muslim Brotherhood’s intentions (Qatar, which contributed $2 billion to Egypt’s Central Bank on Saturday, is the exception). They are an important future source of finance for the Egyptian economy, and they are looking for reassurance that Egypt will both be stable and have a stabilizing effect on the region. A durable power-sharing deal between civilian and military leaders could help secure this.

Jon B. Alterman is director of the Middle East Program and holds the Zbigniew Brzezinski Chair in Global Security and Geostrategy at the Center for Strategic and International Studies (CSIS) in Washington, D.C. 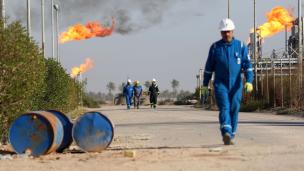