The pace and nature of the changes in Canada’s posture are quite remarkable and there is no doubt that the Obama administration is using the opportunity to engage this new leadership to the north to catalyze action between the two countries (and Mexico, as was evident from the trilateral agreement signed last month). Despite all the focus on clean energy and climate change, Canada remains an abundant natural resources holder and produces significant amounts of crude oil, but also natural gas and hydroelectricity. As the world’s fifth largest energy producer, it is a net exporter of most energy commodities and maintains a relatively energy intensive domestic economy. Prime Minister Trudeau recognizes Canada’s economic dependence on natural resource production but has argued the economic benefit generated from that production should be utilized to fuel a low carbon economy.

Mr. Trudeau has quickly sought to establish federal leadership on climate change, an issue typically addressed by the provinces. While many longtime Canada watchers expected a great deal more pushback from the provinces on this issue, the provinces continue to be open to the idea of policy alignment (though carbon pricing will remain a sticky issue). Part of the ease can be explained by previous efforts laying the ground work for this approach but also the new government in Alberta, the largest oil producing province, which has also updated its own approach to climate change and the fact that many provinces, already equipped with their own climate policies, are quite willing to engage in a discussion of a more forward leaning climate strategy. 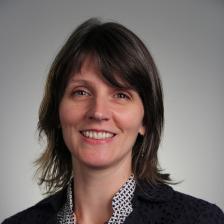