Following the U.S. election last year, the European Commission launched a peace mission that appears to be an effort to reset the transatlantic economic relationship. It proposed a Trade and Technology Council that would enable both sides to take up some of the key issues that divide us, and it announced that in February it would release a proposal for reform of the World Trade Organization (WTO). Details of that proposal have begun to leak out via press reports and an annex entitled, “Reforming the WTO: Towards a Sustainable and Effective Multilateral Trading System.”

The document says a number of things that will be music to U.S. officials’ ears, some of which could easily have been written by former U.S. trade representative Robert Lighthizer:

But it does not stop there. The Commission goes on to recommend countries recommit to the UN Sustainable Development Goals (SDGs) and focus its efforts on achieving those goals, including a transition to sustainability and a green economy. That will not offend the Biden-Harris administration, nor will the suggestion that an early confidence-building measure should be completing the agreement on fisheries subsidies, but there will be less enthusiasm for the green economy in some parts of Congress. Other comments on carbon border adjustment measures and implementing SDGs on decent work and gender equality will also be well received by the administration, but less so in the Congress.

The Commission also recommends new rules on digital trade, services, investment facilitation, industrial subsidies (with a suggested “green box” for subsidies that support “legitimate public goals while having minimal distortive impact on trade”), and state-owned enterprises. Much of this will also find favor with the new administration. It also makes numerous recommendations with respect to how the organization should be run and the role of the director-general in facilitating negotiations that the Biden-Harris administration should also be comfortable with, at least in concept, if not in detail. Finally, it presents a fairly detailed roadmap of how to proceed in the run-up to the 12th Ministerial Conference, which now appears likely to occur next December, presenting both an agenda and suggestions for cooperation among various parties.

Foremost in the last category is cooperation between the European Union and the United States, which is presented as an historic fact and future imperative. While that glosses over the four-decade-long inability of the European Union and the United States to resolve the many trade irritants between them, it is true that when the two sides come together at the WTO the prospects for an agreement go up dramatically (and, conversely, when they are not together, consensus is impossible).

Overall, this is a positive development and a well-timed olive branch from the Commission in light of opportunities created by a more constructive U.S. approach to the WTO and the selection of Ngozi Okonjo-Iweala as director-general, and the administration should not ignore it. At the same time, as I read the annex, I cannot help but think this is another case where Europe’s lips say yes, but their actions say not so fast. At the same time as the Commission proposes all these good steps as part of a multilateral WTO agenda, it is moving forward on many of them unilaterally through its proposed digital services tax and proposed Digital Services Act and Digital Markets Act, plans for EU carbon border adjustment measures, its construction of an alternative dispute settlement process to replace the Appellate Body, and its decision to arm itself with retaliatory ammunition it could employ after a WTO panel report in advance of an appeal. In addition, the negotiation of the Comprehensive Agreement on Investment (CAI) with Beijing contradicts its appeal to the United States to work together on China.

The European Union has a long history of piously defending multilateralism and simultaneously undermining it with its actions. They are not alone in that—the United States has also been guilty from time to time, although the Trump administration was at least honest in opposing multilateralism at the same time it was undermining it. Nevertheless, successful cooperation with the European Union is essential to the president’s broader coalition-building objective. The Biden-Harris administration should seize the olive branch and see where it takes us, but it should do so with a whole bowl full of salt. 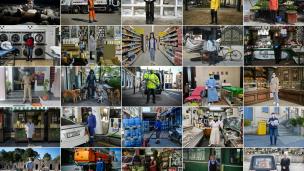 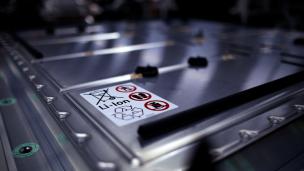 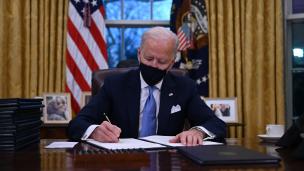 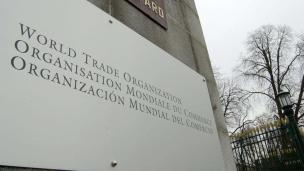 Time for a Trade Compact
By William Alan Reinsch
February 2, 2021
On Demand Event

Online Event: Toward a New Global Trade Framework
February 2, 2021
View all content by this expert