The Evening: Iran at UN, German Elections, War and More

Note: Beginning tomorrow, The Evening is on hiatus for Rosh Hashanah and will resume publication on Monday, September 25.

President Hassan Rouhani of Iran blasted President Trump on Wednesday for his “ignorant, absurd and hateful” speech before the United Nations a day earlier and vowed Iran would not be the first to walk away from the historic 2015 nuclear deal, as the Washington Post’s Carol Morello reports.

And, see the New York Times’ David Sanger on “The Contradiction Buried in Trump’s Iran and North Korea Policies.”

Dive Deeper: CSIS’s Jon Alterman has a new commentary: “Power and Strategy: The President Needs to Order His Priorities in the Middle East.”

And, see “The United States Needs a Middle East Strategy” by the Washington Institute’s James Jeffrey and Dennis Ross.

Mexico and other Disasters

The Washington Post’s Phillip Bump with an analysis of “Why Mexico is at the epicenter of the month’s most prominent natural disasters.”

Plus live updates on Hurricane Maria by the New York Times.

Merkel: “It’s not over yet”

Returning to her birthplace, Chancellor Angela Merkel of Germany urged supporters to mobilize undecided voters before Sunday’s election, telling them not to take her conservatives’ solid lead in opinion polls for granted, as Reuters reports.

Dive Deeper: See the CSIS guide to the German elections.

“It will be a great pity if this agreement were destroyed by rogue newcomers to the world of politics.” 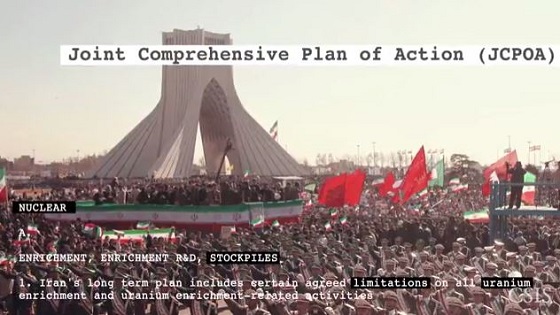 In March, the CSIS International Security Program released Deterring Iran After the Nuclear Deal, a report that seeks to better understand Iran’s strategy and capability development and provides a recommended Iran deterrence strategy for the United States. This screenshot comes from a CSIS original video that captures the report’s key findings and recommendations. 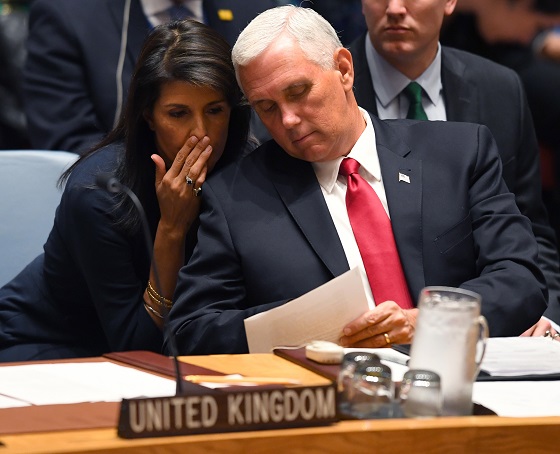 (Photo Credit: Timothy A. Clary/AFP/Getty Images.)
Vice President Mike Pence and Ambassador to the United Nations Nikki Haley speak at a meeting of the UN Security Council on peacekeeping operations, during the 72nd session of the General Assembly today in New York.

Join the CSIS Burke Chair in Strategy at 10:00 a.m. for a discussion with Special Inspector General for Afghanistan Reconstruction (SIGAR) John Sopko on “Lessons from Developing Afghanistan’s Security Forces.”

At 12:00 p.m., join the SETA Foundation for “Education and Social Inclusion of Syrian Refugees in Turkey.”

And, at 3:30 p.m., join the Wilson Center for a book talk on “Melting the Ice Curtain: The Extraordinary Story of Citizen Diplomacy on the Russia-Alaska Frontier.”

Today, CSIS released Chapter 2 of the documentary The New Barbarianism. Chapter 2, “The Syria Vortex,” explores the unprecedented scope, scale, and massive human crisis in Syria, the result of the deliberate military targeting of health care and humanitarian infrastructure, actively supported by Russia.

You think rock is dead? My kids do. They don’t even want to go see the Dead & Company with me this fall. My oldest said, “I’ll go see the Eagles or the Rolling Stones but I’m not going to see Dead & Company.” Truth be told, that statement actually made me feel better! Like, there might be hope…

But the next thing that happened was that my oldest son told me I didn’t know anything about reggae. That he is the “real Jamaican” in the family. It’s true, my oldest has done service projects to help people in the Jamaican hills. I’ve hung out on the beach. So maybe he’s right.

Well, until he has studied Bob Marley and actually interviewed Chris Blackwell as I have, maybe he’s still got some learning to do.

I’m going to have him start with this clip—Marley signing “War/No More Trouble,” a mesmerizing song whose lyrics are almost entirely taken from a speech made by Ethiopian Emperor Haile Selassie I before the UN General Assembly on October 4, 1963.