The Evening: NK Latest, OPEC, My Sweet Lord and More

North Korea’s latest ballistic-missile test Wednesday appeared calculated to avoid crossing red lines that could provoke military action by Washington, while demonstrating an advance in its campaign to build nuclear weapons capable of striking the United States. Pyongyang said the test of its longest-range missile yet showed it could target the entire U.S., as the WSJ’s Andrew Jeong and Jonathan Cheng report.

Dive Deeper: See the Washington Post’s excellent interactive article, “If North Korea fires a nuclear missile at us, how would we try to stop it?,” which was aided by CSIS’s Tom Karako and the CSIS Missile Threat Project.

Ahead of a key OPEC meeting, there are signs the Saudi-Russia partnership is under strain. The fragile alliance between the world’s two largest crude oil producers faces its first big test, with Saudi Arabia still waiting on a clear commitment from Russia to back an extension of output cuts throughout 2018. The two oil superpowers, which came together last year to reverse tumbling oil prices, have appeared unable to finalize a deal in the run-up to OPEC’s meeting on Thursday, which brings together countries both inside and outside the cartel that together pump over half the world’s crude, as the FT’s David Sheppard and Anjli Raval report.

In a bid to unblock the Brexit negotiations ahead of the European Council meeting in Brussels next month, the United Kingdom has dramatically expanded the scope of what it is formally willing to pay in ongoing financial commitments, a senior government minister familiar with the negotiations confirmed Wednesday, as Politico Europe reports.

“This situation will be handled!” 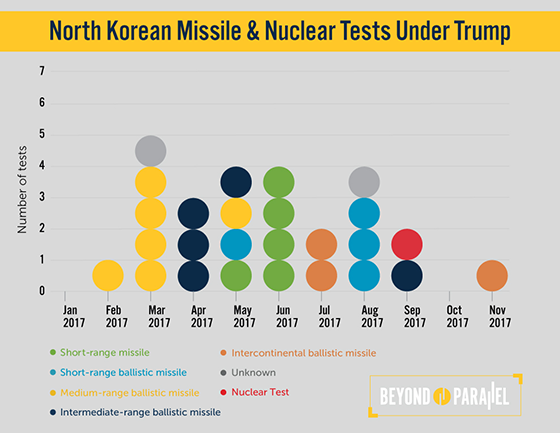 This graph from Beyond Parallel shows the number of North Korean missile tests conducted since that start of the Trump administration. If the current rate of testing continues, North Korea will have carried out more missile and nuclear tests during the Trump presidency than any previous U.S. presidential term. 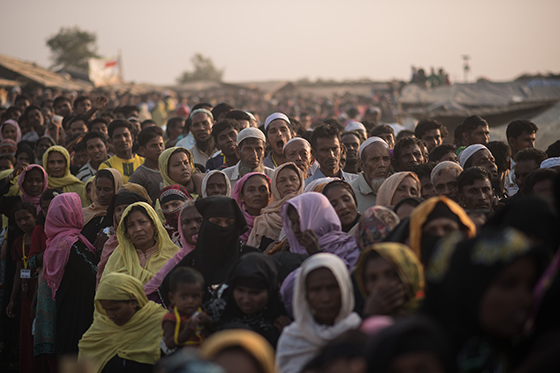 Via AEI, “The end of traffic? A long-read Q&A with David Levinson.”

Join the CSIS Energy and National Security Program at 8:00 a.m. for a “Hydrogen and Green Shipping: Zero-Emission Fuel in the Maritime Sector.”

At 10:00 a.m., join CSIS’s Africa Program for “Confronting the Problem of Fake News in Africa,” featuring case studies from Kenya and South Africa.

Join the Wilson Center at 9:00 a.m. for a conference on Russia and North Korean nuclear weapons, with a focus on the implications of Russian-North Korean relations for U.S. policy.

Last month, CSIS hosted Kenyan opposition leader Raila Odinga for a discussion on advancing democracy, rule of law, and stability in the country.

George Harrison passed away sixteen years ago today but his music lives on. Thanks to all who have been writing to me about Harrison this week—I’ve really enjoyed discussing one of my all-time favorite artists.

As we’ve been discussing this week, some of Harrison’s post-Beatles music is just as powerful. “My Sweet Lord” is a truly sublime song. And for me, it’s power grows and grows as the years go by.