Secretary of State Mike Pompeo laid out a new manifesto for American action in the Middle East today, telling a university audience that the United States would take a far more activist role in the region, despite fears that President Trump’s decision to pull troops out of Syria marks a new phase of withdrawal, as the NYT’s Declan Walsh and David Sanger report.

Dive Deeper: “Sending the Right Message in Cairo: Advice for Secretary Pompeo,” via the Washington Institute.

Venezuelan President Nicolas Maduro started a second term today, defying critics in the United States and Latin America who called him an illegitimate usurper of a nation where economic chaos has wrought a humanitarian crisis, as Reuters reports.

Federal Reserve Chairman Jerome Powell today said muted inflation will give the central bank the ability to be patient in raising its benchmark short-term rate this year, as the WSJ’s Nick Timiraos reports .

“The age of self-inflicted American shame is over.” 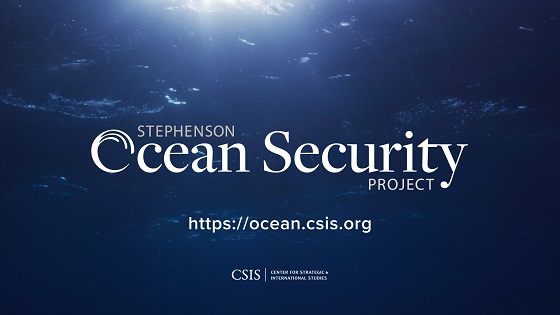 CSIS launched the The Stephenson Ocean Security (SOS) Project, a new initiative that highlights security challenges that arise from marine resource competition and promotes solutions that support sustainable development, coalition building, and the need for American leadership. Visit the SOS Project website to learn more about the intersection of ocean health and global security. 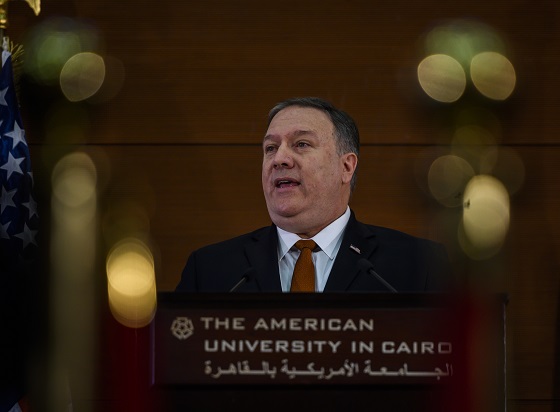 “America’s Electric Grid Has a Vulnerable Back Door—and Russia Walked Through It,” by the WSJ’s Rebecca Smith and Rob Barry.

At 10:00 a.m., join CSIS for an event with Dr. Dennis de Tray, author of Why Counterinsurgency Fails: The U.S. in Iraq and Afghanistan.

Then, at 10:30 a.m., stick around CSIS for an armchair discussion about the political, diplomatic and legal implications of Venezuela's mafia state after the new presidential period begins and how the international community should respond.

At 9:00 a.m., The Carnegie Endowment for International Peace will host a symposium assessing Japan’s policy priorities and defense capabilities while also considering implications for the U.S.-Japan alliance and regional security in the future.

And, at 12:15 p.m., New America will hold a discussion about what comes next for Guantanamo Bay after its 17th anniversary.

Today, CSIS hosted a Maritime Security Dialogue event with the United States Naval Institute (USNI) featuring a discussion on the challenges and opportunities of future fleet manning and training from the senior enlisted perspective. Watch the full event here.

One more from Roy Buchanan “Live From Austin City Limits.” This is Buchanan’s version of “Hey Joe.” The way his guitar playing sounds is just astonishing, and there’s a little surprise at the end of the song.