President Trump said he plans to meet with Chinese President Xi Jinping next month when he travels to Japan for a summit, in comments hours after Beijing increased tariffs on $60 billion of U.S. goods in the latest escalation of the trade fight, as the WSJ’s Chao Deng and Vivian Salama report.

And, as Bloomberg reports, today the S&P 500 dropped the most in four months, the Dow Jones Industrial Average slumped more than 600 points and the Nasdaq Composite saw the biggest decline of the year after China targeted some of the nation’s biggest exporters.

Secretary of State Mike Pompeo shared information on “escalating” threats from Iran with European allies and NATO officials during meetings in Brussels on Monday, as Reuters reports.

And, as the Washington Post’s Liz Sly reports, two Saudi Arabian oil tankers and a Norwegian ship were damaged over the weekend near the Persian Gulf in what Saudi Arabia claimed Monday was an “act of sabotage,” further heightening regional tensions with Iran.

And, as USA Today reports, President Trump threatened Iran with a "bad problem" Monday following the news that the oil tankers were sabotaged near the Persian Gulf.

A Taliban attack on two aid organizations last week, the deadliest episode in a recent surge of violence against humanitarian workers in Afghanistan, is a signal to many that as peace talks falter, the insurgents are lashing out against so-called soft targets, as the NYT’s Rod Nordland reports.

Dive Deeper: “Win, Hold, Fold, or Run? Afghanistan in the Spring of 2019,” by CSIS’s Anthony Cordesman.

Check out CSIS’s series of video shorts: “Testify” and “High Resolution.” In under 90 seconds, CSIS experts tell you what they told Congress in testimony, or use high-resolution satellite images and advanced mapping to break down national security issues. And don’t forget to subscribe to the CSIS YouTube Channel!

In the first week and a half after the Christchurch mosque attack, 8,000 people who saw it live-streamed or replayed on the internet called mental health support lines in New Zealand. 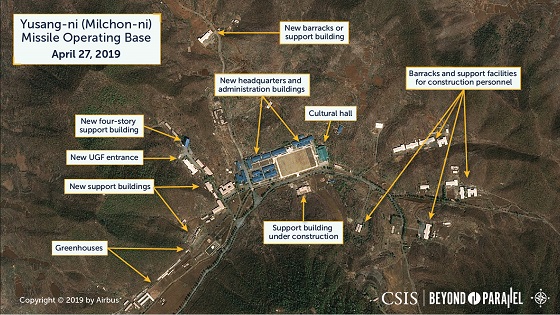 New satellite imagery from CSIS shows North Korea’s Yusang-ni missile operating base, which is reported to stockpile ICBMs that have first strike capability against targets in East Asia, the Pacific, and the United States. 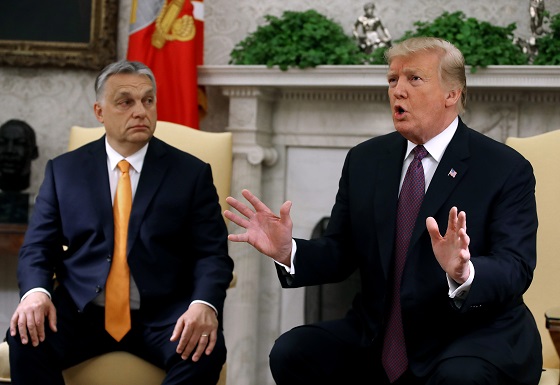 “Is OPEC Playing a Losing Hand?” by CSIS’s Andrew Stanley.

At 2:00 p.m., CSIS will host the U.S. launch of the Global Cooling Prize. Keynote speakers and panelists will discuss the need for more efficient residential cooling technologies in the face of increasingly destructive climate change.

And at 9:00 a.m., the Atlantic Council will host a discussion analyzing pragmatic solutions to the economic crisis facing the counties in the Central American Northern Triangle.

Finally, at 12:00 p.m., join the National Endowment for Democracy for a conversation on troubling new infringements to Hong Kong’s “one party, two systems” agreement, and other new threats to civil society and the rule of law in Hong Kong.

CSIS has released its newest video in its “What’s Happening” series. The latest installment looks at Chinese telecom giant, Huawei, and how its influence over new mobile internet technology poses security risks. Watch the video here.

On the latest Cyber from the Start, host Jim Lewis interviews Keith Alexander, a retired four-star general who served as commander of the United States Cyber Command and director of the National Security Agency in the Bush and Obama administrations.

A few times a year I am compelled to listen to Rush. When I was a teenager in the 1980s Rush loomed large. Then, as now, Rush provided a low kick of adrenaline bordering on anxiety that proved cathartic. More to the point, I love to rock out. And Rush rocks hard. Very hard. Their sound is immense.

So this morning, I rocked out to the epic version of “Xanadu” from Rush’s 1981 live album “Exit Stage Left.”