The Evening: Climate Accord, Iranian Enrichment, Travelin’ Thru and More

U.S. to Withdraw from Climate Accord

The Trump administration formally notified the United Nations on Monday that it would withdraw the United States from the Paris Agreement on climate change, as the NYT’s Lisa Friedman reports.

Iran said on Monday it had launched a new batch of advanced centrifuges to accelerate uranium enrichment, further reducing compliance with the 2015 nuclear deal, as Reuters’ Parisa Hafezi reports.

Meanwhile, as the Washington Post’s Carol Morello reports, on the 40th anniversary of the U.S. Embassy takeover in Tehran, the Trump administration imposed new sanctions today on the core inner circle of advisers to Iranian Supreme Leader Ali Khamenei and added $20 million to a reward for information about a former FBI agent who disappeared in Iran 12 years ago.

Each year, roughly eight million tons of plastic leak into the ocean—the equivalent of a garbage truck’s worth of trash each minute—because of poor or lacking waste-management systems.

“Today we begin the formal process of withdrawing from the Paris Agreement. The U.S. is proud of our record as a world leader in reducing all emissions, fostering resilience, growing our economy, and ensuring energy for our citizens. Ours is a realistic and pragmatic model.” 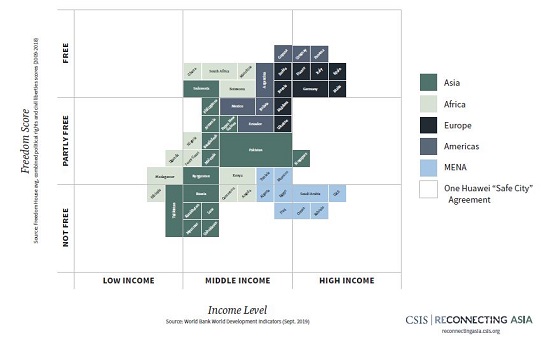 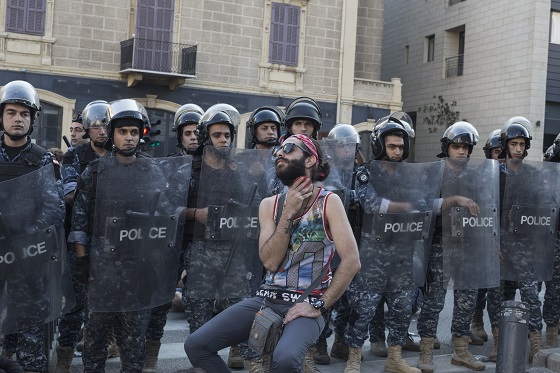 (Photo credit: Sam Tarling/Getty Images). A protester today in Beirut as anti-government demonstrators block a highway and called for a general strike on what is the 19th day of unrest aimed at government corruption and economic mismanagement.

“The Coming Emergency in Iraq,” by Thanassis Cambanis for Foreign Affairs.

At 8:30 a.m., The National Security Conference on Artificial Intelligence will host an all-day conference on the future of artificial intelligence and U.S. national security.

Later, at 1:00 p.m., CSIS will host a forum on the United States’ approach to building a “peace regime” on the Korean Peninsula.

Last week, CSIS hosted a discussion on the FAO’s State of Food and Agriculture Report 2019. The discussion featured expert opinions on how to reduce food loss and waste. Watch the event in full here. 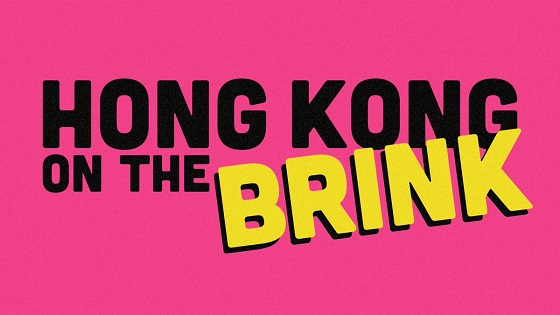 In a new episode of Hong Kong on the Brink, Jude sits down with China Power Project director Bonnie Glaser to discuss how the Hong Kong protests are impacting Taiwan’s relations with mainland China and its upcoming presidential elections.

The new Bob Dylan Bootleg Series album is out “Travelin’ Thru, 1967-1969,” which focuses on the period where Dylan revolutionized music by fusing folk, country and rock. Dylan’s friendship and deep musical collaboration with Johnny Cash has become legendary. This collection captures it. Here’s a clip of Dylan performing on the Johnny Cash show during that period.