South Korea's Constitutional Court removed President Park Geun-hye from office today over a graft scandal involving the country's conglomerates at a time of rising tensions with North Korea and China, as Reuters reports.

Dive Deeper: CSIS’s Beyond Parallel project predicts a 43% chance of North Korean WMD activity taking place in the next 14 days. In the next 30, a 62% chance.

On the eve of next week’s visit to Washington by Chancellor Angela Merkel, Germany’s new draft budget shows that Europe’s biggest economy remains far from meeting President Donald Trump’s demands for higher military spending even as it slowly lifts its defense expenditures, as the Wall Street Journal’s Andrea Thomas reports.

Dive Deeper: CSIS’s Heather Conley and Jeffrey Rathke today held a conference call briefing on Merkel’s visit to Washington for members of the media. The transcript is available here.

Prime Minister Theresa May of Britain could trigger Article 50, the formal process for leaving the European Union as early as Tuesday if the Brexit bill passes late on Monday, as the Guardian’s Heather Stewart reports.

Yesterday, oil dropped below $50 per barrel for the first time since December.

Per CSIS’s Adam Sieminski, “People are nervous about the global supply-demand balance. Shale is coming back with $50 oil and there’s uncertainty about whether OPEC and its partners are going to roll over the production agreement.” Source: Bloomberg.

“There are no signs that growing criticism has convinced Duterte to reexamine or adopt a more restrained approach to his signature drug war.” 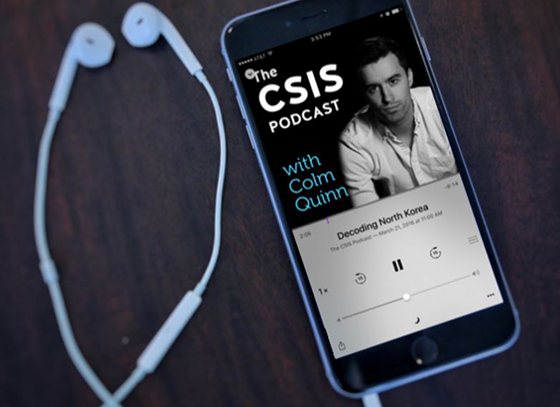 This week, the CSIS Podcast explores the WikiLeaks exposure of CIA hacking documents and talks to CSIS’s Jim Lewis about what it means for the average consumer as well as intelligence agencies worldwide. 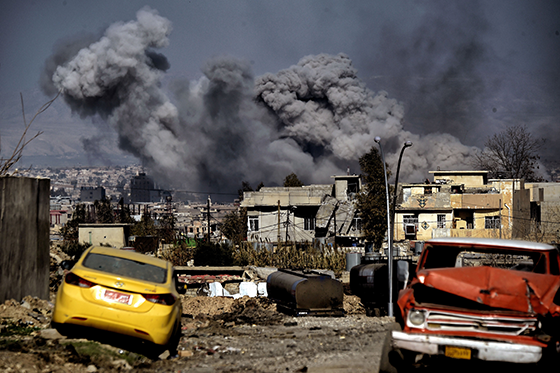 (Photo credit: Aris Messinis/AFP/Getty Images.)
Smoke plumes rise after an airstrike in west Mosul today as Iraqi forces advance in the city during the ongoing battle to seize it from the jihadists of the Islamic State.

“Bitcoin ‘mining’ is big business in Venezuela, but the government wants to shut it down” by Mariana Zuniga for the Washington Post.

Join Brookings’ Center for East Asia Policy Studies at 9:00 a.m. for “Cross-Strait relations at a juncture: Japanese and American perspectives.”

And join the Atlantic Council at 3:00 p.m. for “Regional Perspectives on US Policy in the Middle East.”

Last week, CSIS’s Europe Program hosted “After Munich: A Conversation on the Future of Europe and the Transatlantic Relationship,” featuring officials from the German Federal Foreign Office and the French Ministry of Foreign Affairs.

Encore for Ryan Adams on Fallon. Have a great weekend and smile! I invite you to email me at aschwartz@csis.org and follow me on twitter @handrewschwartz