Iraqi forces battled ISIS in pockets of Fallujah today, days after the government declared the city’s liberation, as the AP reports.

And, as the Wall Street Journal’s Tamer El Ghobashy and Ghassan Adnan report, Iraq’s success in uprooting ISIS from Fallujah has fed a humanitarian crisis with some of the more than 80,000 people who fled the city going without shelter and sufficient water amid 115-degree temperatures and sandstorms.

A Taliban suicide bomber attacked a minibus carrying Nepalese and Indian security contractors to work at the Canadian Embassy in Kabul today, killing 14 people in one of the deadliest attacks on foreign workers in the Afghan capital, as the New York Times’s Kareem Fahim and Jawad Sukhanyar report.

The US Navy just concluded the multi-day deployment of two carrier strike groups to the Philippine Sea, a rare move that comes at a sensitive time ahead of an international tribunal’s ruling on territorial claims by China and other nations in the nearby South China Sea, as the Washington Post’s Dan Lamothe reports.

The Financial Times’s Geoff Dyer authored a useful article, “ South China Sea: What to look out for in the UN tribunal ruling.”

The size of the world's refugee and internally displaced persons population in 2015, the highest number since World War II. Source: UNHCR.

“The 60-country claim is complete nonsense. The vast majority have made very vague comments—in support of peaceful resolution or that negotiations are the best way to deal with conflict—and China takes that and says, ‘See, they side with us in the arbitration.’”

—CSIS’s Gregory Poling on China’s questionable claims of support for their activities in the South China Sea. Source: Washington Post. 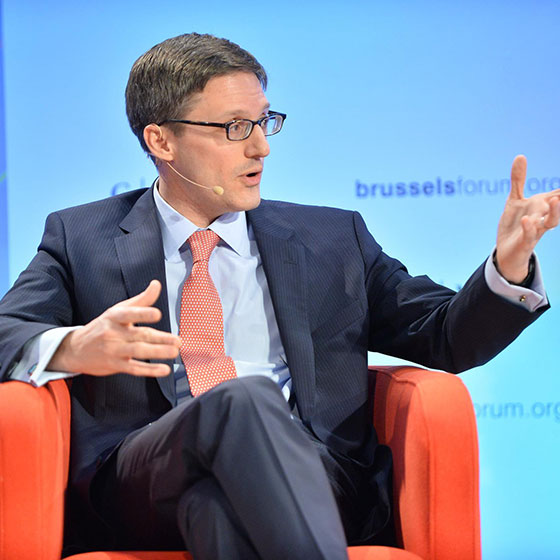 (Photo Credit: Twitter.)
Derek Chollet is a counselor and senior advisor for security and defense policy at the German Marshall Fund. Derek served as the US assistant secretary of defense for international security affairs from 2012-2015. Derek just released an important new book, The Long Game: How Obama Defied Washington and Redefined America’s Role in the World. 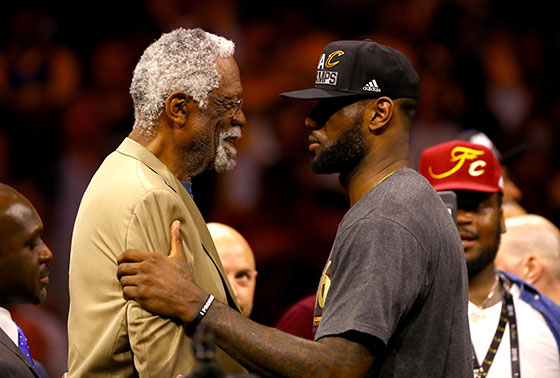 Join the German Marshall Fund tomorrow at 5:00 p.m. for the launch of Derek Chollet’s new book, The Long Game: How Obama Defied Washington and Redefined America’s Role in the World.

Ahead of the UK’s June 23rd Brexit referendum, watch CSIS’s events with proponents of the “Remain” campaign and the “Leave” campaign.

The smile to last a lifetime. Cleveland not only rocks, it is finally a champion again after more than 50 years. LeBron and the Cavs are immortal.

Cleveland has become my second home for the past 20-plus years. I understand what the city has been through and why its sports teams are sacrosanct—even when they are horrible. It’s a place where civic pride supersedes individuals—even superstars like LeBron.

In my house, when LeBron left Cleveland for South Beach, my sons cried. While he was gone they found a new hero in Kyrie, and although there wasn’t much hope for a championship (much less the playoffs) they stuck with their team and their second hometown.

One night, while LeBron was playing in South Beach, I attended a small dinner with Miami Heat President and NBA legend, Pat Riley.

“My sons cried when you took LeBron from Cleveland,” I told Riley.

Riley was right. They got over it.

Cleveland is euphoric right now. And since Cleveland does rock, let’s celebrate with Cleveland’s greatest homegrown rock and roll group, The James Gang.

Formed in Cleveland in 1966, the James Gang was rock and roll hall of famer Joe Walsh’s first great band. Songs like “Funk #49” and “Walk Away” are now American classics.

But this rare clip of the James Gang performing in 1971 on French TV captures the band at their peak, performing another one of their powerful tunes, “ The Bomber.”

All of Cleveland is smiling.